Demand for Canadian luxury properties shifted into high-gear from coast to coast in 2021. Both domestic and non-resident consumption of tangible assets such as residential real estate reached new levels, according to a report released today by RE/MAX Canada. 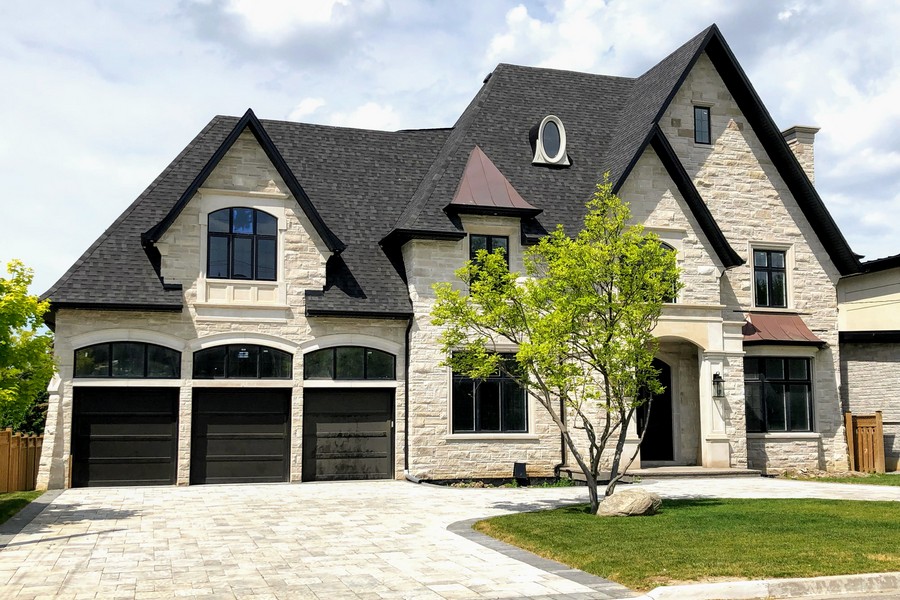 “The currency of home ownership has clearly taken on a new dimension in 2021,” says Christopher Alexander, President, RE/MAX Canada. “Canadians are moving to secure their future. The pandemic fuelled a run on real estate that has encompassed every segment of the market, and the value of housing has increased exponentially as a result–not only as a form of shelter but a desirable asset class that provides an attractive return on investment.”

According to an analysis of sales provided by RE/MAX brokers and agents based on local real estate board data, RE/MAX Canada found that 18 of the 19 markets analyzed recorded percentage increases in the double and triple digits.

“As high as these numbers are, we believe they just scratch the surface,” says Alexander. “In our view, these levels likely do not truly reflect what is happening in markets across the country, given an abundance of exclusive sales and in white-hot markets such as Toronto, instances of private sales where buyers approach sellers whose listings have expired.”

Last year marked the continuation of a pandemic-fuelled buying spree that started in 2020, shattering existing records for luxury home sales and in some instances, price points from coast to coast.

“Despite a third and fourth wave of Covid-19 in 2021, real estate markets continued to rattle and hum,” says Elton Ash, Executive Vice President, RE/MAX Canada. “Tight inventory levels were prevalent in at least half of the markets we surveyed and contributed to an uptick in values across much of the country.”

RE/MAX brokers who were surveyed for the report attributed the increase in luxury activity to abundant economic drivers, as the national roll-out of the vaccines continued. Stock markets rallied, with the TSX, the S&P and the Nasdaq reporting some of their best years on record. Interest rates remained at historically low levels. GDP growth for the year is estimated at 4.5 per cent in 2021 as businesses returned to pandemic norms–including hybrid schedules—restaurants, bars, gyms, sports venues and theatres finally opened their doors.

Trade-up activity was brisk in most markets, as buyers cashed in on substantial equity gains realized when selling their existing properties.

“More so than ever before, it appears that buying a home is a retirement strategy which many people believe will help that next generation achieve home ownership,” says Ash.

Real estate has traditionally been an essential asset class in the investment portfolios of ultra-high net worth individuals, usually comprised of multi-unit residential, commercial, industrial, and land. Residential performance, however, has been undeniable over the past decade, and that has generated global attention. Financial communities have also tapped into the trend, with Real Estate Investment Trusts (REITs) now investing in single-family residential housing in the US and to a lesser extent, Canada.

Luxury home-buying activity is spilling into smaller centres where the dollar goes further. While the pandemic accelerated the trend, bigger bang for the buck is likely to continue to draw purchasers from larger centres, particularly in Ontario. Inventory is reaching critical levels in markets like London, Kitchener-Waterloo, Hamilton, Barrie, Kingston and Ottawa.

Records were broken for luxury sales over $3 million in the Greater Toronto Area in 2021, while Metro Vancouver fell short of 2016 record levels by just over 200 sales. 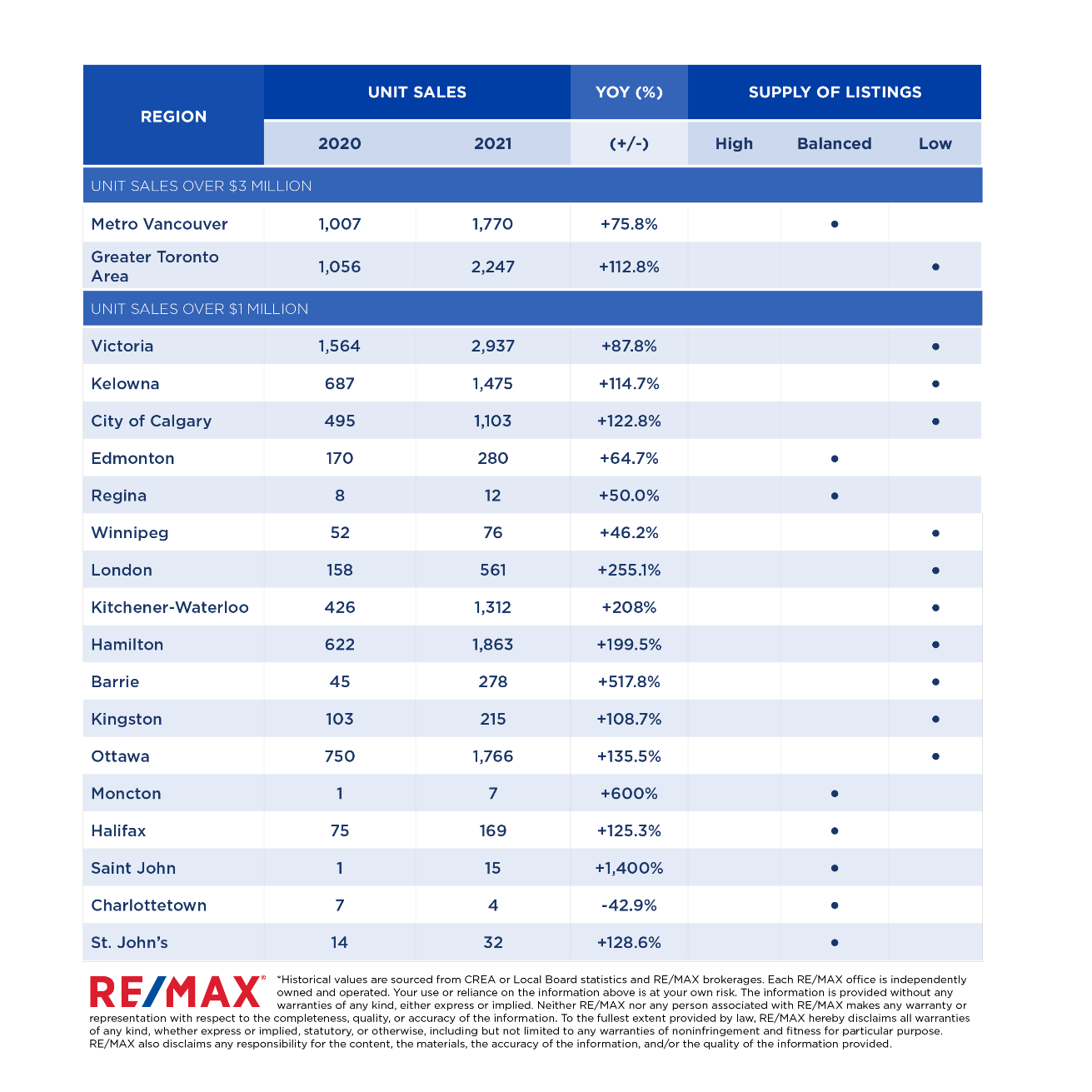 RE/MAX brokers have reported an upswing in non-resident buyers in Metro Vancouver and Halifax-Dartmouth in 2021, however domestic buyers continue to drive luxury sales in the Greater Toronto Area.

An increase in young entrepreneurs has been noted in the GTA, with some utilizing crypto-currency gains to make their way into the housing market. Family wealth has also contributed to the increase in luxury home sales, with many parents freeing up the reins so the kids can enjoy the fruits of their labour.

Sales of building lots have declined at the top end as buyers are reluctant to embark on construction when costs are unclear, labour is hard to find, and supply chain disruptions can add years to the custom-building process.

Inventory is balanced over the $3 million price point in Metro Vancouver while just 200 such homes are currently listed for sale in Toronto proper. Supply levels are exceptionally low in 50 per cent of markets surveyed for this report, including the GTA, Victoria, Kelowna, London, Kitchener-Waterloo, Hamilton, Barrie, Kingston and Ottawa.

GTA rents down 0.8% after 8 months of increases: Rent Report