TORONTO — A record number of Toronto homes priced over $3 million sold last year, Re/Max said in a report this week, even as amid the economic downturn during the COVID-19 pandemic. 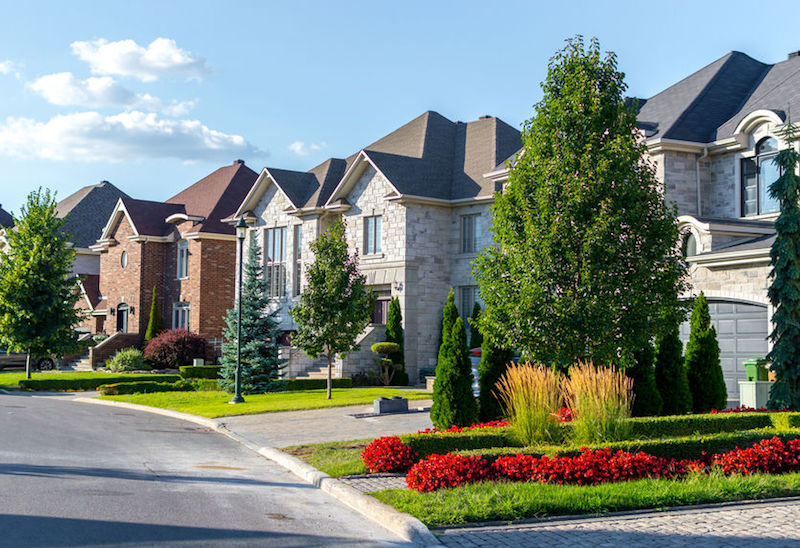 Although the “uber-luxe” homes highlighted in the Re/Max report are a small fraction of the overall home sales market, Re/Max’s Christopher Alexander said the luxury home market reflects broader trends emerging from the pandemic. Toronto average home prices hit a new high of $929,699 in 2020, the Toronto Real Estate Board said on Wednesday, as the number of homes sold rose to 95,151, up from 87,751 in 2019.

“(Pre-pandemic), you didn’t really notice the shortcomings of your existing living arrangements because you were out of the home so much,” said Alexander, the chief strategy officer for Re/Max Ontario-Atlantic Canada.

Wealthier homebuyers tracked by Re/Max fell in line with another trend that was apparent in the overall home buying market: buying in the suburbs. The Toronto Regional Real Estate Board said on Wednesday that South Simcoe County homes saw the biggest price growth in December, while homes within Toronto city limits saw the least appreciation. Homes over $3 million in the greater Toronto regions of Halton, Peel and York saw the biggest spike in sales last year, Re/Max said, as buyers tried to stretch their price-per-square-foot and take advantage of low interest rates.

“But then you spend so much time at home during the pandemic, and you’re like, ‘wow, I really need a home office,’ or ‘I need a bigger backyard.”’

But the luxury market does have notable differences that allowed it to set a record during a pandemic that sparked an economic downturn, Alexander said.

“The majority of people that have lost their jobs are not the typical homebuyer. A lot of them are in the service sector and low wage workers. Executive level positions were relatively unaffected,” Alexander said.

Economists speaking at an annual breakfast hosted virtually by the Economic Club of Canada on Thursday noted that sales of high-end homes could shift the prospects for the middle class.

“The high end homes in Toronto have done really well, making it difficult for people with middling houses to move up. That could cause the high end market to actually stall a little bit,” said Avery Shenfeld, chief economist at CIBC Capital Markets.

Nonetheless, Alexander said the “tremendous price appreciation” in southern Ontario is a good sign for the rest of the market because picky luxury buyers are typically slower to finalize a home purchase.

“If the market is really good, people that have been trying to get into the uber luxury market have gained equity in price appreciation in their current homes, and now have enough equity,” said Alexander.

“On the flip side, those top-level executives and entrepreneurs that typically own multimillion-dollar properties are usually the last segment of the market to be affected by a downturn.”

Engel and Volkers, which also tracks the luxury market, said last year that despite COVID-19 lockdowns, there was growing interest during the pandemic from international buyers who saw Canada’s cities as “blue chip” investments. Despite the general softness in the condo market last year, Engel and Volkers said its Tremblant, Que., office sold $36 million in pre-construction condos in the first half of last year over video conference.

By the end of the year, however, Re/Max said it was domestic buyers who drove the luxury market in Toronto higher, “offsetting a decline in the international homebuying activity.” Nonetheless, Alexander said he will be watching what happens when travel in and out of Canada resumes, since foreign investors have played a “huge role” in the luxury real estate market up to last year.

“I really expect the condo market to rebound tremendously this year,” said Alexander. “ I think as soon as immigration does kick in, you’re going to have a lot of people needing a place to live.”

This report by The Canadian Press was first published Jan. 7, 2021.

— With files from Tara Deschamps