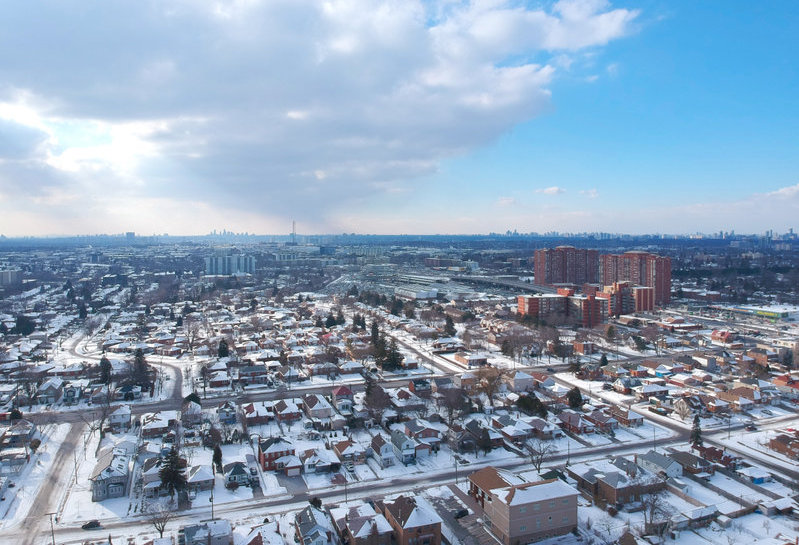 The Canadian Real Estate Association says annual home sales reached a new high in 2021, eclipsing the previous record set in 2020 by about 20 per cent.

The association said Monday that about 667,000 residential properties changed hands in 2021, about 30 per cent more than the 10-year average.

However, home sales in December were little changed from November and were coupled with a dearth of properties on the market that was so extreme that CREA senior economist Shaun Cathcart called it a record low. 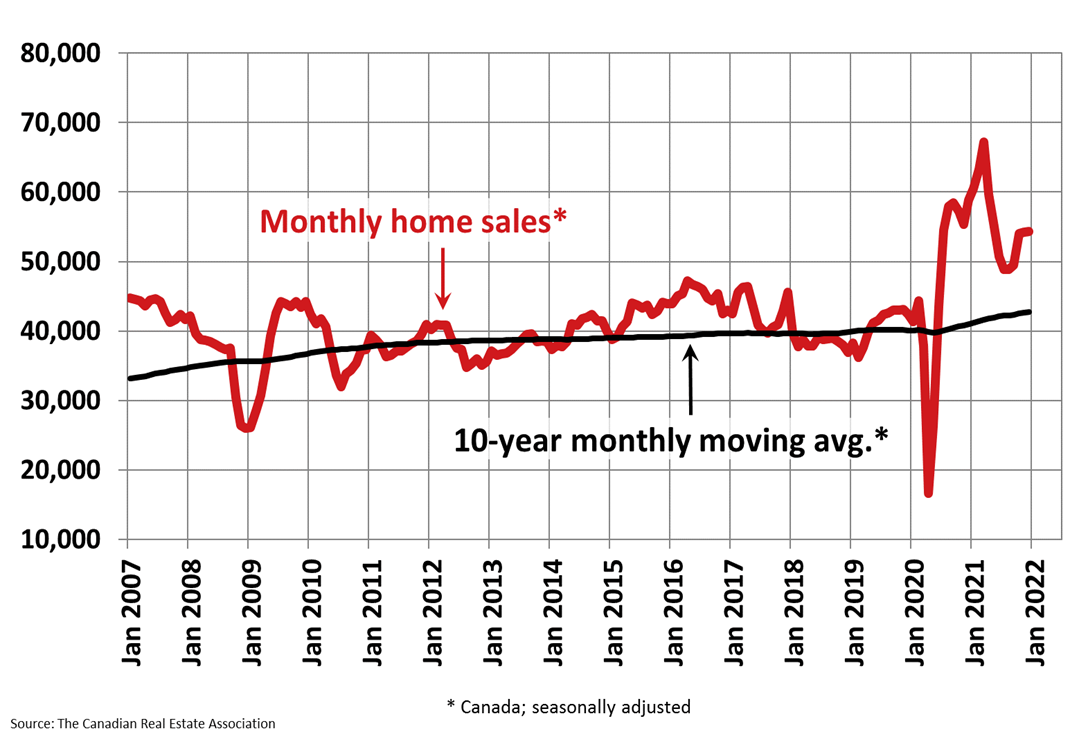 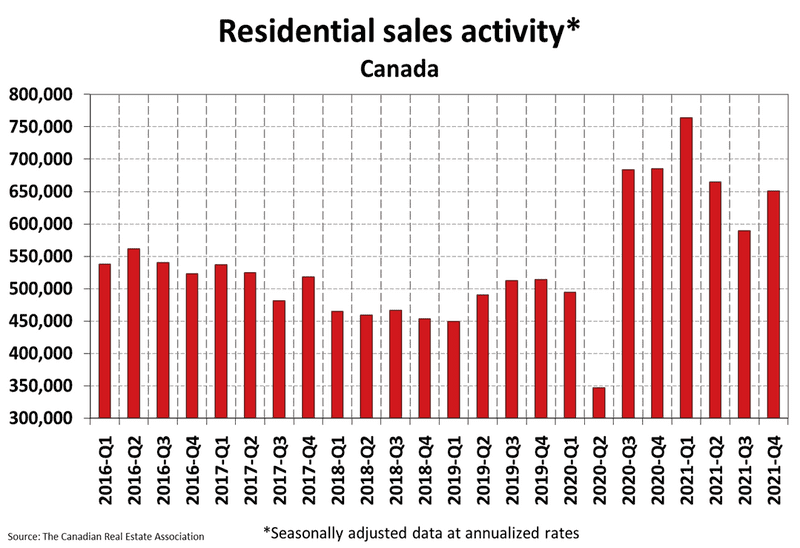 “In fact, the number of homes newly listed last year was below levels that generally prevailed before the pandemic struck,” Sondhi wrote in a note to investors.

“It could be that a lack of supply is perpetuating itself, in that potential sellers who would be more active in ‘normal’ times are holding back their listings due to a dearth of inventory to relocate to, and intense competition for available properties.”

The lack of properties available weighed on sales, which rose by only 0.2 per cent on a seasonally-adjusted basis between November and December. 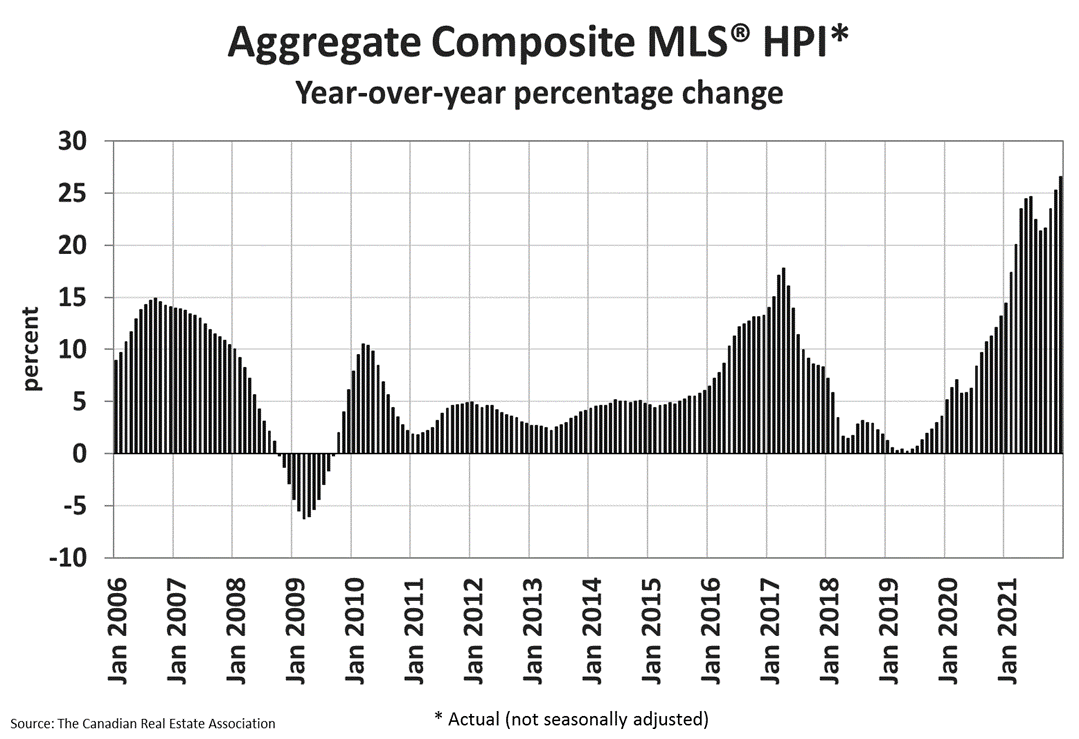 Sales were down in part because buyer fatigue was setting in towards the end of the year, said Cailey Heaps, a Toronto broker.

“Several buyers found the competitive bidding situation discouraging and chose to pause their search, but have now come back with renewed interest,” she said, in a statement.

Sondhi believes some of the “froth” will come out of sales this year as interest rates, which were dropped significantly throughout the COVID-19 pandemic, likely rise. However, he believes the urge many buyers have to act now rather than later will sustain sales above pre-pandemic levels.

That could translate to little reprieve for homebuyers hoping to shell out less on a property.

The national average home price hit $713,500 last month, up almost 18 per cent from the previous December.

Excluding the Greater Vancouver and Greater Toronto Areas _ two of Canada’s most active and expensive housing markets _ from the calculation cuts more than $150,000 from the national average price.

In the Greater Vancouver Area, the average price was more than $1.2 million, up 15 per cent from about $1.1 million the year before.

CREA found year-over-year price gains were still in the mid-to-high single digits in Alberta and Saskatchewan, but reached about 12 per cent in Manitoba and 30 per cent in Ontario.

Greater Montreal’s year-over-year price growth remained at a little over 20 per cent with the average price in December hitting $527,600, while Quebec City had half that growth and an average price of $303,700.

“With interest-rate pull-forward behaviour keeping demand so strong, and supply struggling to keep up, its little wonder why prices are continuing their relentless upward march,” Sondhi said.

“However, while prices will likely increase this year, higher interest rates should slow the rate of increase.”

The Canadian Real Estate Association: Home prices are up 2.5% nationally in December compared to the previous month, 26.6% year over year.

Statistics Canada: Average hourly wages are up 2.7% year over year.

Nice chart. I zoomed in from 2010. Housing is cannibalizing the economy. https://t.co/VvxJKfLHbW pic.twitter.com/Vd5PDNiaNu

What's wrong Canada one liner. Lifetime capital gains exemption is $892k for selling a small business. For flipping houses in the 905 its unlimited and you made that in <2 years. Why do we hate ppl who work, create and employ? Does anyone wonder why GDP per capita is dropping?

After Toronto’s investor fueled housing bubble in 2016/17 the @bankofcanada decided to prioritize studying the behaviour of real estate investors in the housing market and this week they published a great note with some of their findings…1/https://t.co/F6R0srPHw6

… home prices would be where the Bank of Canada said Asian investors have made Vancouver unaffordable.

I shit you not, this is how effective politicians are.

StatsCan data show that almost 63,000 more British Columbians have moved out of Metro Vancouver than have moved in over the last five years, with some acceleration in that movement since the start of the pandemic. https://t.co/HBjv8nxe2E

Great piece on the challenges of getting into homeownership only amplified by pandemic. For many it is about “luck” of receiving hefty parental gifts. Inequality only made worse by pandemic. h/ t ⁦@Hutchyman⁩ https://t.co/FriEVrm7Wa

doubled in value in 23 months. the covid era has been a boon for small town ontario. covid appreciation is what we should call it. still great value imo for those who work locally.

And I mean a Conservative Appraisal because the best Comp sold at $1.85M and its less sqft but newer and more improved BUT ours has a 2 Car Garage

Make coffee at home they said… and one day this could be yours in Vancouver, Canada pic.twitter.com/URo0JuZmCc

gta housing in ??? is invincible and nothing will stop it ?✋

sfh will continue to soar to the ??

these are just glimpses of sales that happen every day. pic.twitter.com/B2gAGz4YTe

Real estate and the stress of the rat race in the GTA makes up 95% of the conversations that people my age now have. Worse, I find that younger people are so dejected they don't even want to talk about it because it's too depressing. They mostly talk about planning to leave.

going to have a serious sit down with my 4 and 6 year old tonight. need to tell them they need to work hard if they want to buy a starter condo for 3m in 20 years. ?? pic.twitter.com/mBsmGOHGII

Over 39 offers ! Sold for $2M in Ajax pic.twitter.com/gFokfdCVsj

When house shopping in 2019, these homes in the 2500-3000 sq ft range were going for approx$1.1 – $1.3M in East Credit (Heartland), Mississauga. I know since I put 2 offers in homes in that area. Mars we go ??? @d_demelis @daniel_foch @EstateLevy @nasmadotali @ronmortgageguy pic.twitter.com/o0XPFeVxxl

“What goes up never comes down…” pic.twitter.com/hMhHBrh0JY