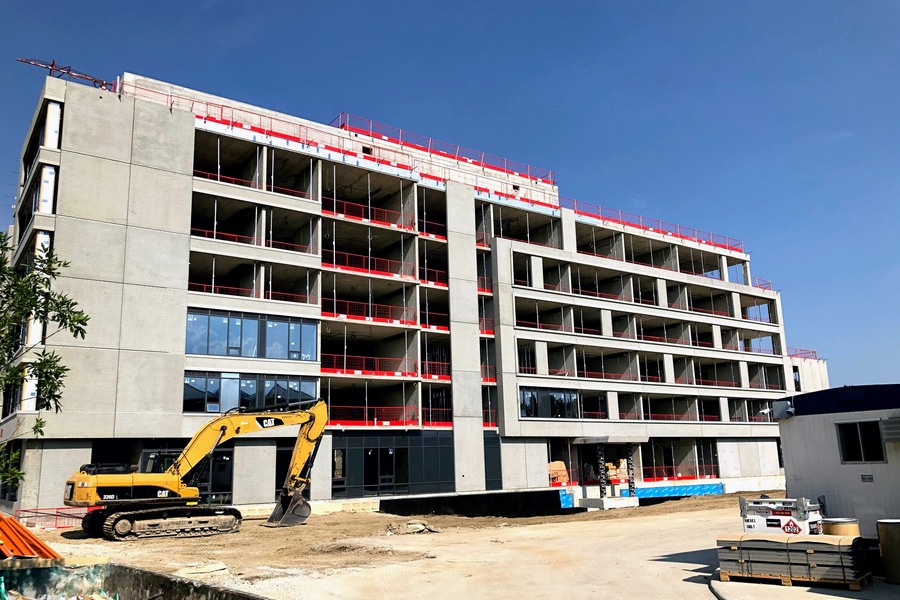 “We’ve been advised to increase our per-bed cost for the construction projects by 42 per cent from $280,000 per bed to $400,000 per bed,” said Grey County CAO, Kim Wingrove during a committee of the whole meeting held on Aug. 12.

Over the past few years, Grey County has received approval for the redevelopment of two LTC facilities – Rockwood Terrace in Durham and Grey Gables in Markdale.

Colliers Project Leaders were then hired by the county to prepare estimates for the projects.

In an update provided earlier this month, Colliers noted the financial implications for the construction of the facilities has grown by nearly 42 per cent since the firm’s original assumptions in 2019.

“The purpose of this report was to ensure the council had all of the most current information before we take the next steps in the redevelopment process of hiring the architect and executing development contracts with the province,” said Wingrove.

The projections prepared by Colliers are said to be based on current market conditions.

The county had previously planned to launch both redevelopment projects in 2023 with completion dates of 2025. However, the new financial projections have county councillors rethinking the approach.

“The projects would require the county to borrow nearly $90 million on a 25-year term and require at a minimum increase to the annual levy of $2.3 million or four per cent, at current spending levels,” stated Mary Lou Spicer, director of finance for Grey County.

Following the financial report, a number of councillors argued in favour of taking on the additional debt as LTC beds are badly needed in the region, and for fear of losing the approval from the province for the additional beds in Markdale if they were to delay the project.

Others suggested that acquiring the large amount of debt in the LTC sector only may not be in the county’s best interest given other, more critical demands, such as attainable housing.

According to Wingrove, the county currently carries $3.2 million in debt and the capital plan, “identifies investments of $245 million required to maintain and improve our existing capital assets over the next 10 years.”

The council members discussed the option of proceeding with the Rockwood Terrace redevelopment only and pausing the redevelopment of the Markdale site as the project details differ.

“The difference between the two projects is that Grey Gables is eligible for construction subsidy of 62 beds, the existing 66 are not eligible for redevelopment,” Spicer explained. “Rockwood Terrace requires redevelopment by 2025 1/8as per its license 3/8 so therefore the full 128 beds that we’ve applied for are eligible.”

Wingrove added that the province would not be interested in an addition of 62-beds to the current Grey Gables facility. And that, if the county wants funding for the redevelopment of the 62-beds, it must come as a 128-bed new build, which would leave the county footing the bill for the 66 new beds.

“My understanding from speaking with our project manager is that an addition would introduce two areas in the home, one that was prior to the 2015 design guidelines and then another with up-to-date guidelines. And so, they would only accept a new 128-bed build at the Markdale site,” Wingrove said.

At the end of the mid-Aug meeting, councillor Brian O’Leary of Owen Sound presented a notice of motion that would ask county council to consider moving forward with the Rockwood project in order to meet the 2025 deadline, but placing a hold on the Grey Gables project until council decides otherwise.

County council has called a special committee of the whole meeting for Aug. 26 at 10 a.m. to discuss the motion presented as well as to receive a deputation from Colliers.

The deputation is expected to provide additional information on how the consultants reached the new financial estimates and what factors have impacted the increase.