Developed by the Armour Group, a $200-million new mixed-use complex is under construction at the heart of Halifax’s downtown waterfront. Dubbed ‘Queen’s Marque’, the landmark project  features a design by two Nova Scotia firms, with MacKay-Lyons Sweetapple Architects working in collaboration with FBM Architecture. 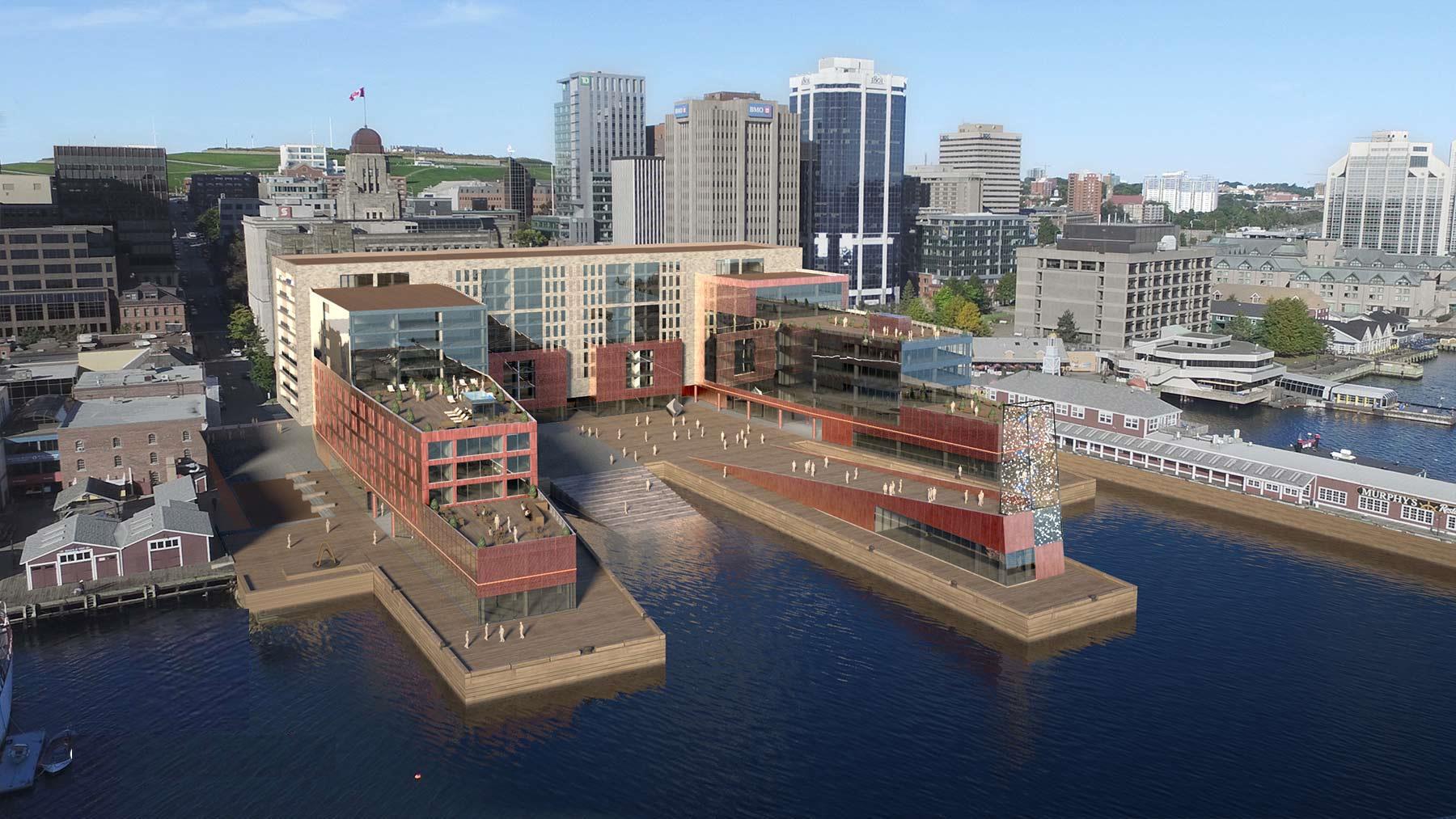 The program of Queen’s Maquee calls for a C-shaped structure of three inter-connected buildings. Featuring extensive residential and office uses, the 450,000 square foot complex will have 135 residential units alongside 120,000 square feet of office space, and significant retail space.

Soon to be a view unlike any other. #QueensMarque #Halifax pic.twitter.com/rDDTKq4Gc2

According to the project website, “the design of Queen’s Marque started with marine forms, the grand sweep of a vessel, the graceful bend of a bow, and elevated something utilitarian into something beautiful. An evolution seen in our past and starting to take hold again in our City; the shapes speak to our shipbuilding past, present, and future.”

The project website also provides a more in-depth breakdown of the design components and their rationale:

The rising pier building, “Rise Again”, breaches the Halifax Harbour, extending from below the surface, up out of the ocean. At its apex is the yet to be named and designed “harbour light” art installation – a proud and emblematic piece in which people can enter, climb and interact as part of the glowing installation. The interplay between Rise Again and the reimagined Queen’s Landing – the original slipway descending into the Harbour – pays homage to Nova Scotia’s enduring nautical legacy. Locally sourced or inspired materials, are organized in a way to provide rhythm and story, while also creating a human scale as they define the building’s base, middle and top. At the terminus of George and Prince Streets, building entrances are emphasized with backlit granite glass and art installations within columns, which provide additional support for the floating and cantilevered stone bar overhead.