60% of Canadians concerned about impact of rising rates: MNP survey 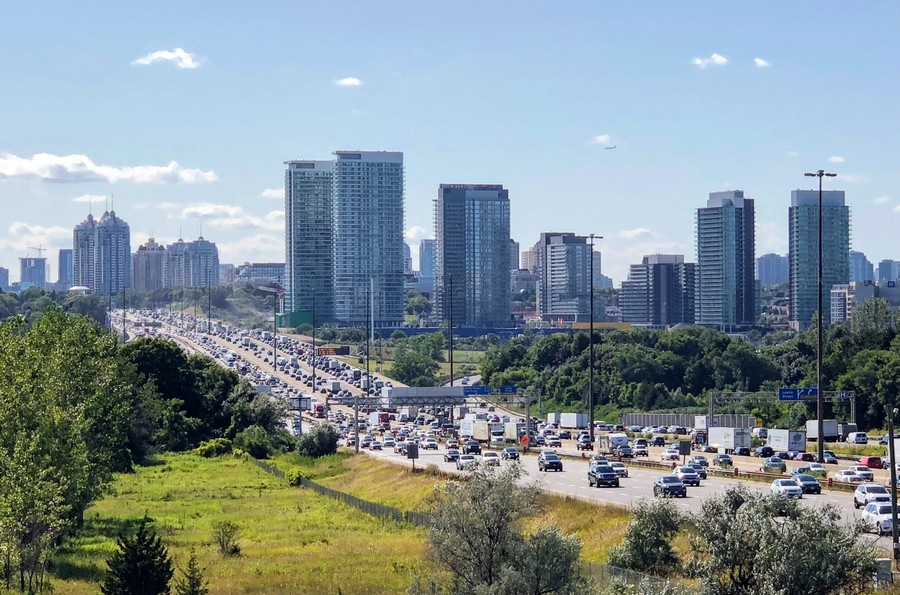 As another Bank of Canada interest rate hike is to be announced Wednesday (26th), a recent poll conducted by Ipsos on behalf of MNP Ltd finds that six in ten Canadians (59%,+1pt) say they are concerned about the impact of rising interest rates on their financial situation, inching up from last quarter to reach the highest point on record since tracking began in 2017.

“After the repeated interest rate hikes this year, it is understandable that Canadians are more concerned than ever about what the impact will be on their finances,” says Grant Bazian, president of MNP Ltd., the country’s largest insolvency firm. “Our findings show that renters and lower-income households are more financially vulnerable to the impacts of rising interest rates and the cost of living. These groups will need to be particularly cautious with their spending in the coming months to keep themselves out of financial trouble.”

Bazian says those who are financially vulnerable and struggling to make ends meet will likely not be able to cut back their budgets any further if interest rates continue to rise and make their debts more unaffordable.

“For households that have already slashed their budgets and shaved off as many expenses as they can, any future interest rate hikes could put them in a position where they are forced to take on additional debt to keep up with their bills. But the cost of servicing that debt is also ballooning as rates rise, making it far more difficult to pay off,” explains Bazian. “Individuals in that position should seek professional debt help from a Licensed Insolvency Trustee before their debt snowballs further.”

Bazian says even individuals who are not yet at their breaking point can be making small budget changes to give themselves some breathing room.

“Smaller expenses on your credit card can often go unnoticed but can really add up. Monthly subscriptions can be sneaky, including TV streaming subscriptions, app subscriptions, music subscriptions and cloud services, for example,” says Bazian. “Start cutting back by cancelling subscriptions you no longer use or use rarely, and checking to see if you have any overlapping services you can cut. Keep an eye on trial offers, and set reminders to cancel before you’re charged or the pricing goes up. Always look over your bills each month with a critical eye to keep those recurring monthly expenditures in check and cut down on costs where you can.” 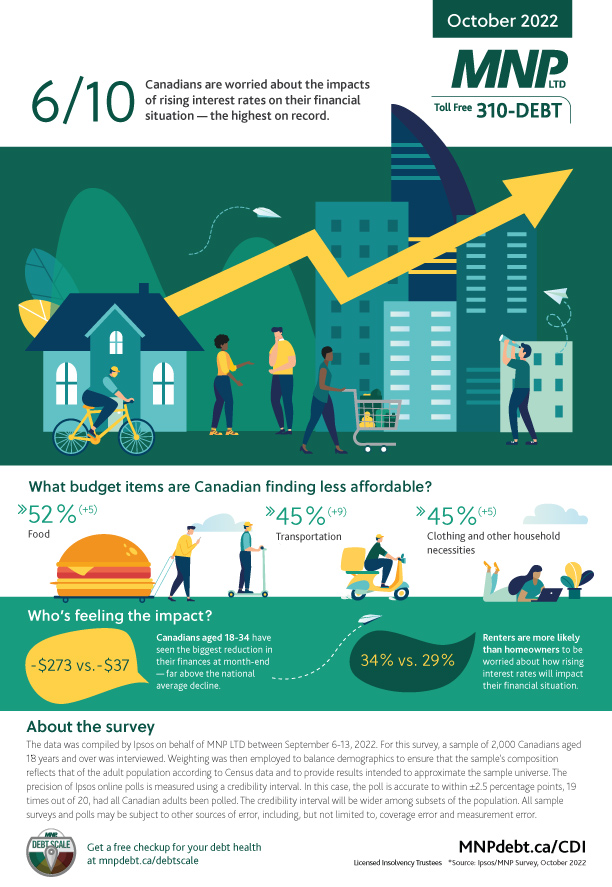 Yet while the majority of Canadians are being more conscious of their spending, more than half (57%, -2pts) say that they are already beginning to feel the effects of interest rate increases. At the same time, one in five (22%, -1pt) say they do not have a solid understanding of how interest rate increases impact their financial situation.

“Slightly more Canadians than last quarter believe they are better prepared for an interest rate increase, but these individuals are still in the minority. Canadians can be taking steps to improve their financial standing, in preparation for current and future interest rate hikes,” says Bazian. “That may include seeking out professional debt advice, making monthly budgeting a priority and taking the time to understand exactly how interest fluctuations will affect their monthly expenses and debt repayments.”