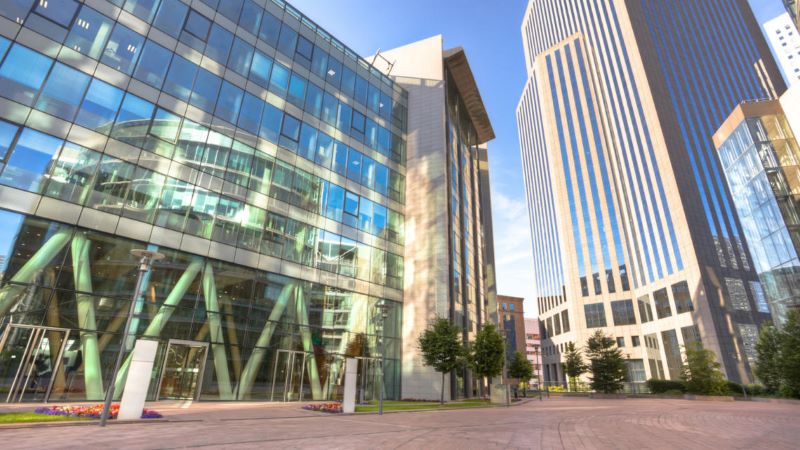 A coalition of business and government groups announce 26 climate action initiatives at Cities, Regions and Built Environment Day at COP26.

The initiatives include the Race to Zero Commitment to achieve net zero carbon by 2050 at the latest. As a front runner initiative in the Race to Zero, 44 businesses including developers, designers and asset managers representing $85 billion annual turnover sign World Green Building Council’s Net Zero Carbon Buildings Commitment to accelerate action to tackle whole life carbon emissions from the built environment by 2030.

According to the coalition, 1049 cities and local governments have joined Race to Zero. “Representing 722 million people, this collective action has the potential to reduce global emissions by 1.4 gigatons annually by 2030. C40 Cities has launched a new Clean Construction Action Coalition of cities and construction sector companies today to connect and accelerate the just and fair change we need.”

Since 2015, 136 countries have included buildings in their Nationally Determined Contributions, an increase of around 55 pe rcent; and 12 countries (UK, Morocco, Mexico, France, Germany, Switzerland, Jordan, Chile, Kenya, Turkey, UAE, and Argentina)  have made building decarbonisation commitments since 2018.

“This is a significant step in the right direction to decarbonise economies as 65 per cent of population growth by 2030 will occur in countries that have NDCs that mention building energy efficiency and/or building codes to improve energy Performance,” says the coalition.

The coalition further states that buildings are responsible for almost 40 per cent of global energy-related carbon emissions and 50 per cent of all extracted materials: “By 2050, 1.6 billion urban dwellers will be regularly exposed to extremely high temperatures and over 800 million people living in more than 570 cities will be vulnerable to sea level rise and coastal flooding.”

“The built environment’s demand on natural resources accelerates climate change, and inefficient, unhealthy buildings negatively impact human health and wellbeing. However, efficient buildings are one of the biggest investment opportunities worth an estimated $24.7 trillion by 2030. Despite this, less than $3 of every $100 spent on new construction goes to efficient buildings.”

While around a third of Nationally Determined Contributions (NDCs) make reference to actions on buildings, the coalition says that many of them “fall short of the level of ambition to drive the required — and achievable — performance levels. And some countries that expect growth over the coming decades do not have energy codes. This will result in buildings being built today that do not meet the necessary standards for today’s or future climates.”

The #BuildingToCOP26 Coalition — a group of business and government networks focused on sustainability in the built environment — united around shared climate goals for the built environment system, developed through the UNFCCC Marrakech Partnership for Global Climate Action Human Settlements and Resilience Pathway: