Designed by Hatem+D Architecture, Abcylette is a practical, identifying and playful solution to park bicycles in Québec City. The parking rack becomes an urban landmark, a meeting area, a much-sought-after hot spot for selfies—and, of course, the best place to park a bicycle. Developed in collaboration with GID Design industriel and as part of a contest held by Québec City, the Abcylette bike parking rack is one of the two finalists. On display during the entire summer of 2018 and throughout Québec City, the general public will decide which concept will become the winner. 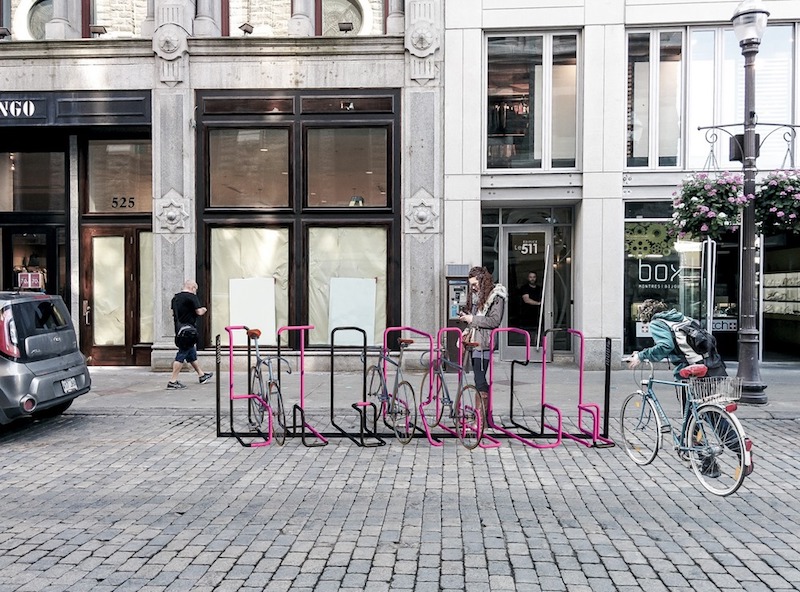 The idea for Abcyclette is that the shape of the bicycle parking rack becomes the name of the “station,” much like other transit systems. For example, users leave the bicycle at the ST-ROCH station. From another viewpoint, people can see an array of colourful tubes that are both pleasing to the eye and very intriguing. 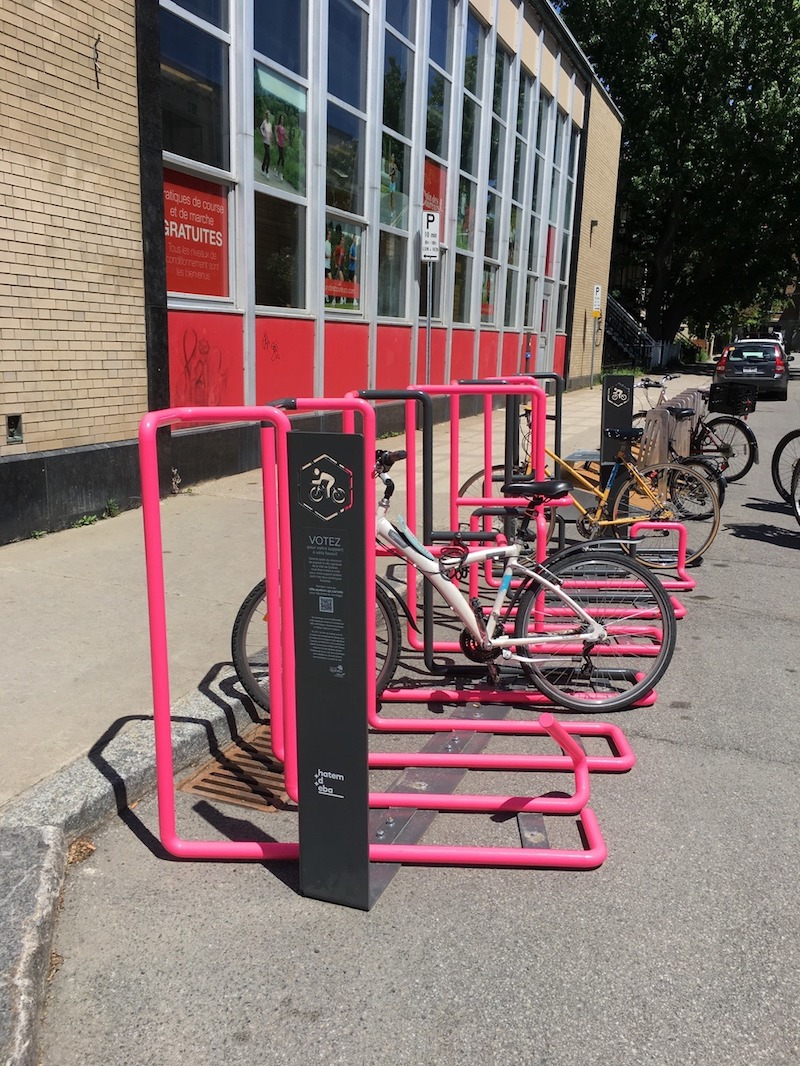 The words can nevertheless be seen from the sidewalk on the other side of the street and, thanks to anamorphosis, from other vantage points as well. While this may seem complex, the end result is simple and the impact, immediate. Abcyclette uses satellites that pinpoint the bike parking racks so that users can quickly find them on Google Maps. This is an easy way to plan rides and commutes as well promote the parking racks online. This innovative aspect of the design makes Abcyclette a bicycle parking rack for modern times. 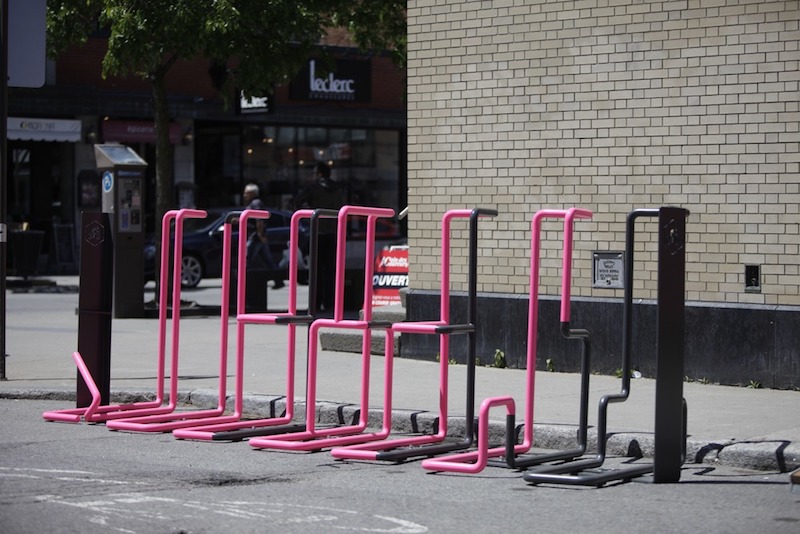 With its individual letters and freestanding structure, each Abcyclette rack can hold up to 14 bikes. Each letter is made with steel tubing and shaped in such a way that makes it easy to lock a bike. Abcyclette adapts to all types of bicycles and bike locks.

Abcyclette bicycle parking racks not only beautifully mark the streets, but they also serve as functional urban art. The racks can be adapted to all sorts of uses, including for citizens and tourist routes. Abcyclette inspires curiosity and discover—and incites people to interact with it to uncover its true meaning.