Activity in Calgary Market Area Drops by 26 Per Cent From the First Half of 2018: Report

The office sector accounted for the largest share of investment, and largest increase in dollar volume by $166 million to $960 million. The retail, industrial and apartment sectors all posted gains in 2018, up 11 per cent, 14 per cent and 8 per cent.

The report reveals that the total value of Land sales (ICI and Residential combined) was up by 20 per cent, with the ICI Land sector up by $104 million and Residential Land up by $88 million. 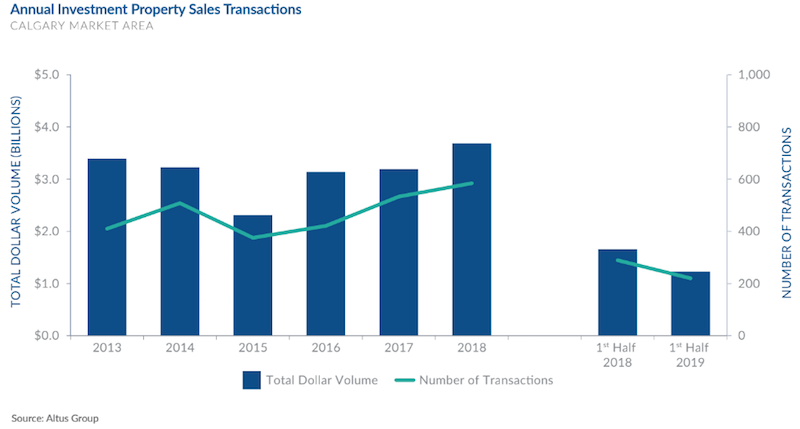 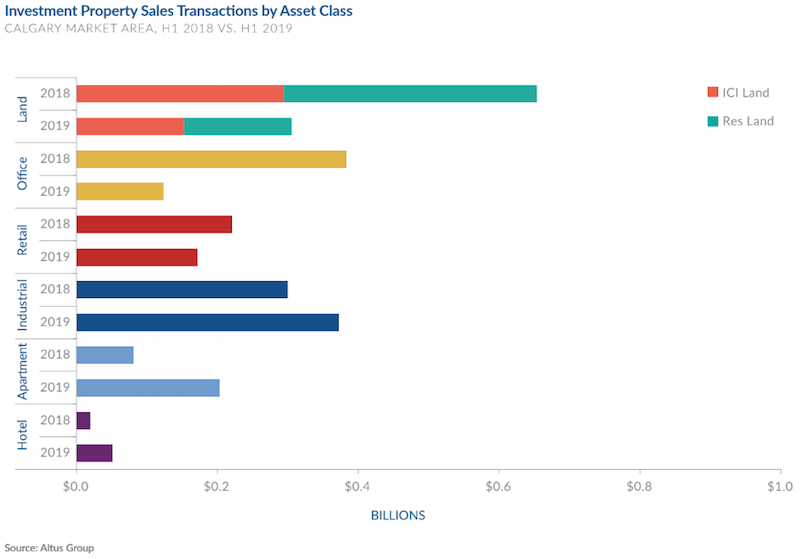 The apartment sector doubled by 5 transactions of $12 million or more, the largest being Minto Apartment GP Inc’s purchase of The Quarters, while the industrial sector saw a 24 per cent increase.

Both the office and residential land were down by more than $200 million from the first half of 2018.

Residential land investment picked up last year with a 17 per cent increase, and was fairly balanced between the land uses after favouring medium density in 2017.

Medium density residential land sales declined by 24 per cent to $151 Million in 2018.

At the beginning of 2019, the first half of residential land investment totals were down 57 per cent from 2018 with lower volumes for all land use categories. 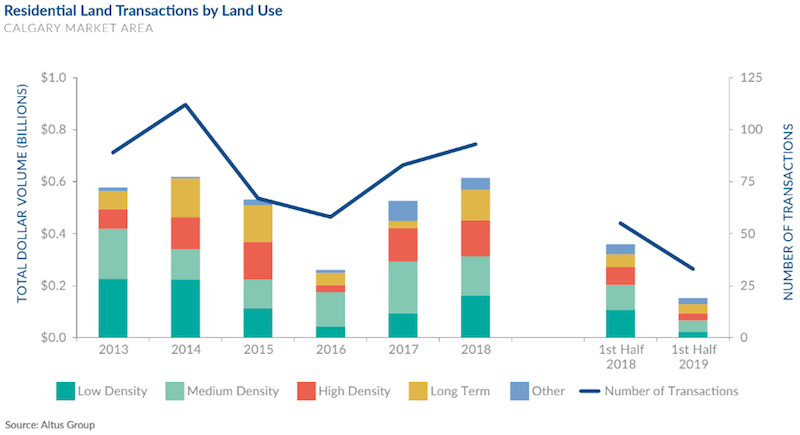 The largest deal in the first half of 2019 was Summit REIT’s acquisition of an 850,000 sq. ft. multi-tenant industrial building for roughly $80 million. The top office transaction to date in 2019 was a $19 million flex office building purchased at $314 per sq. ft.

The increased new supply contributed to an upturn in the vacancy rate to 7 per cent at the end of Q2 2019. The end of Q2 2019 also saw another 1.4 million sq. ft. of space under construction, of which the vast majority was still available to be leased at mid-year. 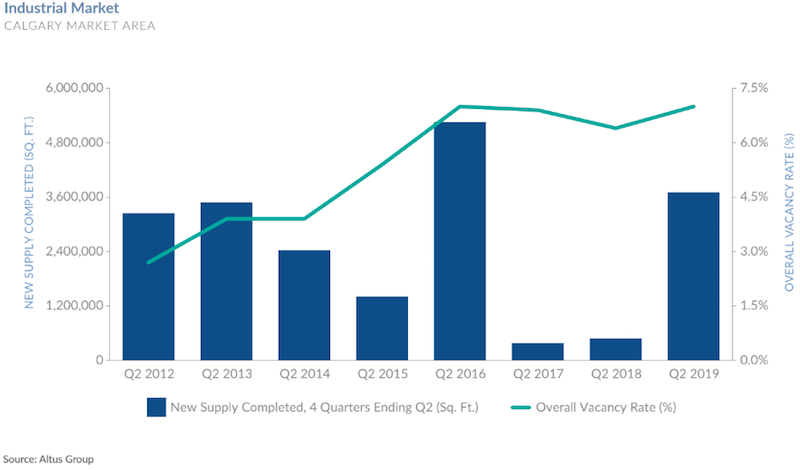 Altus Group reports that Calgary has the highest vacancy rate among the major markets in Canada (at above 20 per cent).

There is currently just over 500,000 sq. ft. of office space under construction in the Calgary market area, of which about three-quarters is still available to lease.

At the end of Q2 2019, approximately 2,700 unsold units in active new condominium apartment projects represented about 2 years of supply, based on the monthly pace of sales over the past year. 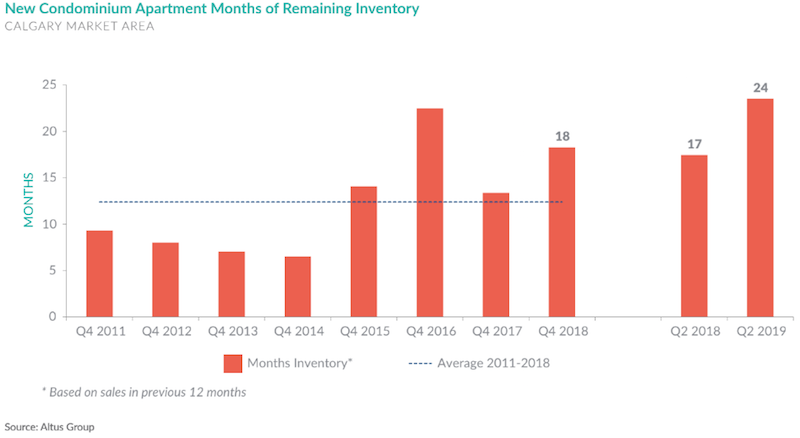 Almost all submarkets saw a decline in total new multi-family home sales for the first half of 2019 compared to the same period in 2018, with sales during the first quarter markedly slower than the year before.

The Centre submarket continued to underperform, accounting for only about 1 in 9 market-wide sales in the first half 2019; this compares to its longer-term average of about 1 in 4.

The overall increase in homebuying was driven by stronger intentions among current renters, the primary pool for potential first-time buyers. Just over half of recent end-user homebuyers were under 35 years old, according to data from Altus Group’s FIRM Survey. 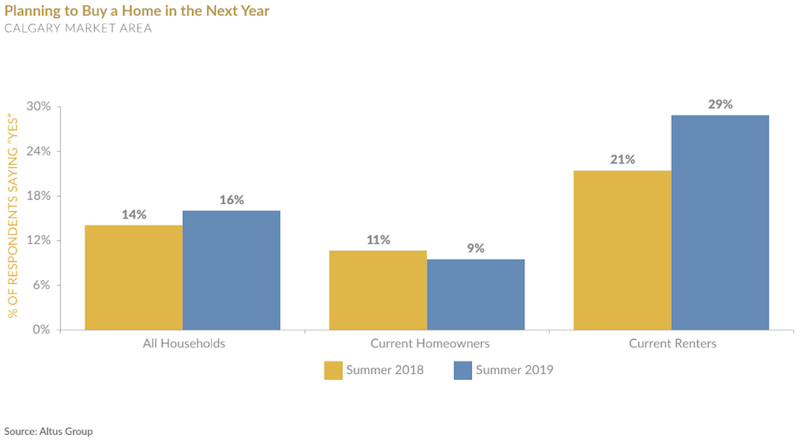 About 1 in 6 used RRSP funds, and about 1 in 4 used non-RRSP savings/investments. 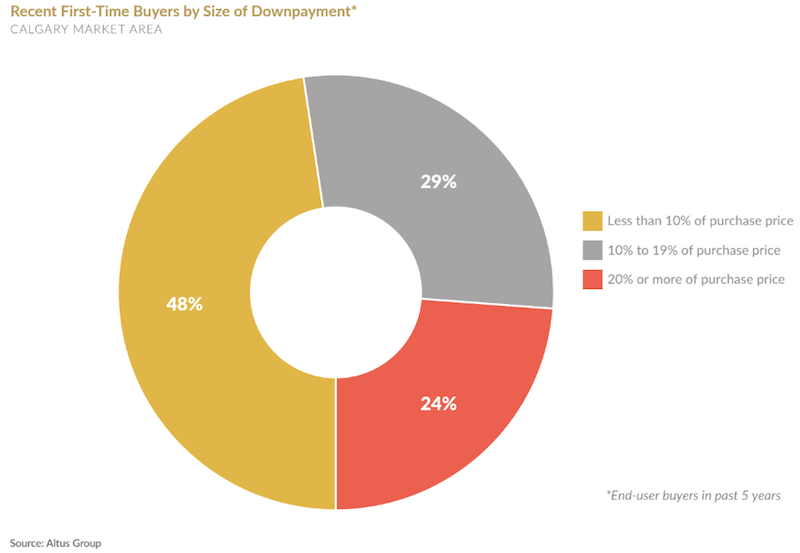 Following a year of stronger investment property sales volumes in 2018, the first half of 2019 has been comparatively quiet with a decline in overall activity within the office and residential land sectors.

The apartment and industrial sectors continue to attract strong demand from investors and tenants as the downtown office market continues to deal with elevated vacancies.

An increase in 2018 residential land project launches within new communities in the suburbs helped to tap sales volume demand, but 2019 has seen comparatively fewer launches, and sales, as a result.

HAVAN meets with MLAs to Expedite Building Permits and Processes