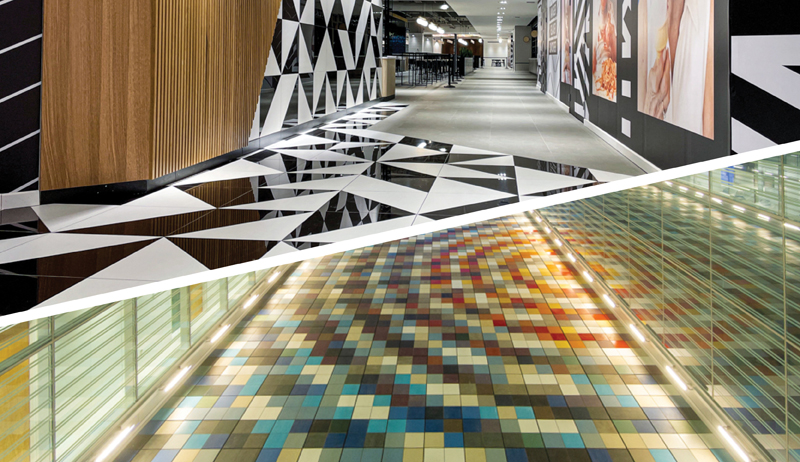 MAPEI Inc. is pleased to announce that two of its project entries were winners at the Terrazzo Tile & Marble Association of Canada (TTMAC) 2022 Hardsurface Awards, which were presented this past June in St. John’s, NL, during TTMAC’s annual convention.

A tile installation named Intersecting Waves, which was MAPEI’s contribution to the new-build Université de Montréal MIL campus, was recognized as the best project entered in the “Unique Special Award” category. Also, MAPEI was awarded in the “Restoration” category for the food-court renovation at Complexe Desjardins, which is also located in Montreal.

Founded in 1944, TTMAC annually hands out awards recognizing excellence in major construction projects across Canada. A group of architects and interior designers that are coordinated by the committee chairperson forms the judging panel, whose decisions are based upon criteria such as the quality of workmanship, level of difficulty, special features contained in the projects, etc. As in previous years, MAPEI’s contributions made a significant impact with TTMAC representatives.

A new-build science campus needed high-grade materials to create an exterior tiling installation. MAPEI’s technology-backed products were selected to bring artist Alain Paiement’s vision to life through a showcase piece that was built to stand the test of time. 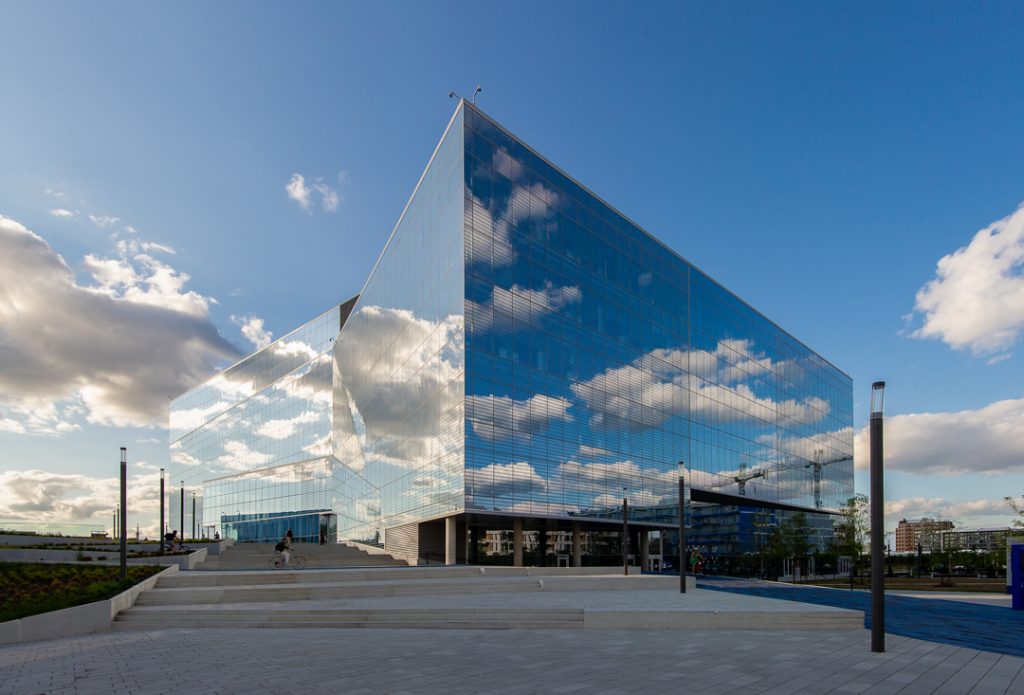 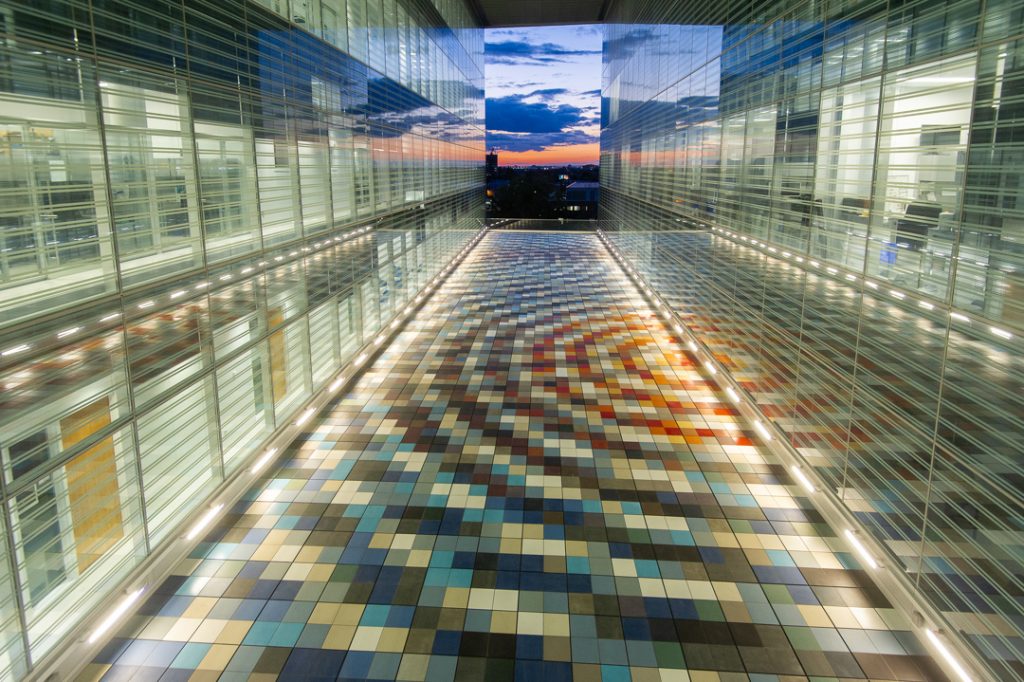 Working together with Paiement’s team, Richard Adam and his crew from Carreaux Cera Design meticulously installed the 7,000-square-foot (650-m²) piece that was designed to create the illusion of intersecting waves. 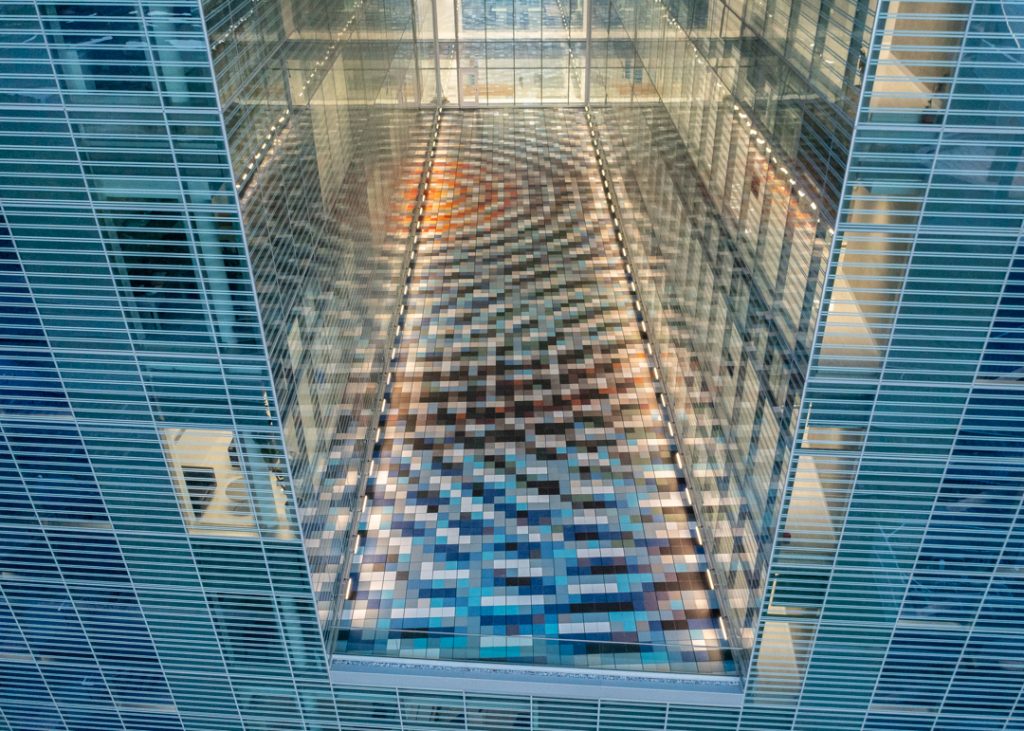 “The precision-colored tiles are all 12″ [30 cm] square and, being exposed to the rain and freeze/thaw conditions, it was important to have a mortar and grout solution [Keraflex™ Super and Ultracolor® Plus FA] that would stand up to the weather,” said MAPEI sales representative François Croteau, who served as MAPEI’s representative on the project. 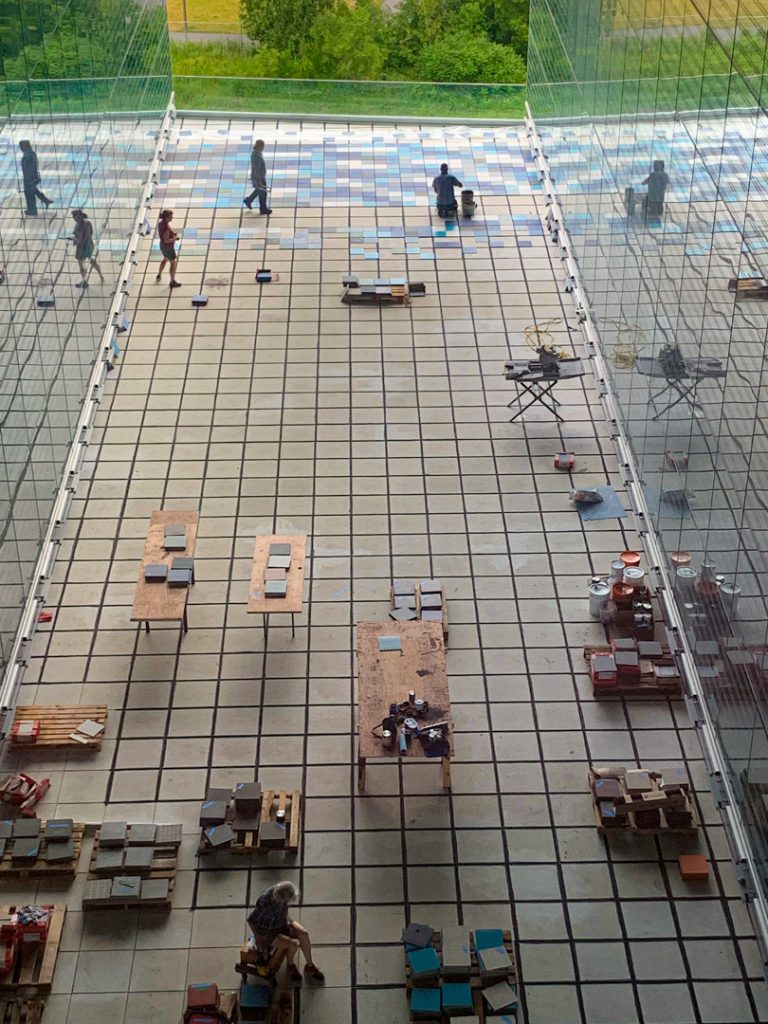 “The substrate for the tiles consists of dozens of 24″ (61 cm) square concrete slabs sitting on bases atop a roofing membrane,” Croteau said. “Each slab had to be tiled individually, with four correctly colored tiles placed accordingly.” 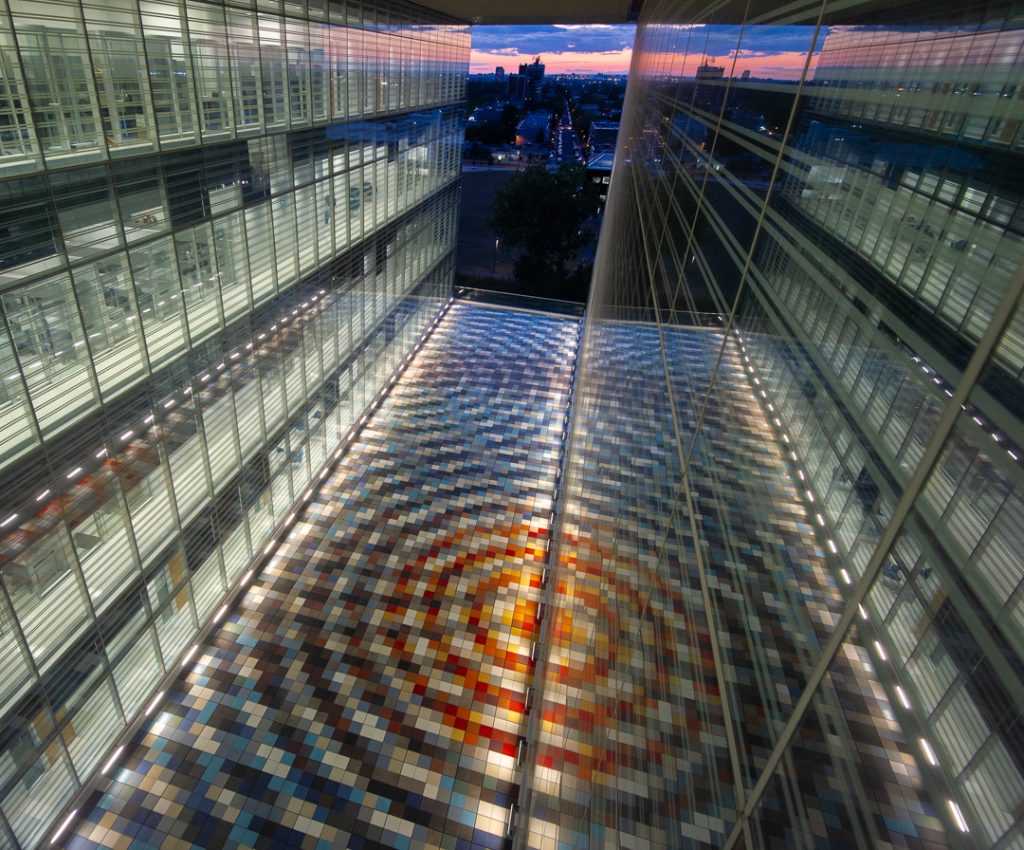 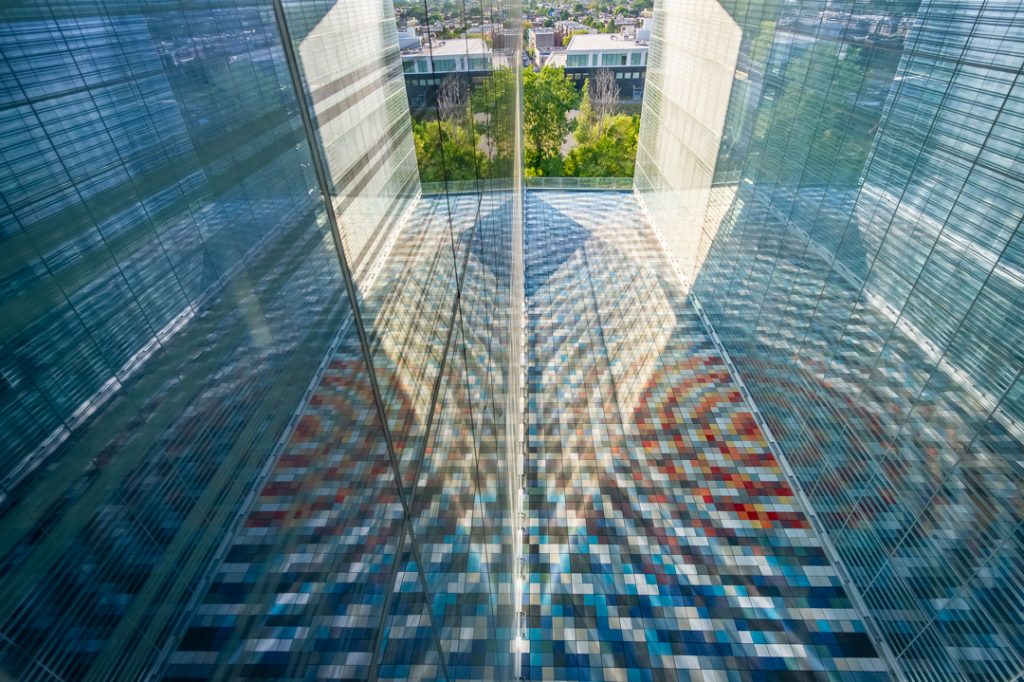 Thanks must go to MAPEI distributor Prosol inc., and the Université de Montréal. Read the full case study at https://www.mapei.com/ca/en-ca/projects/project-detail/universite-montreal-campus.

When the nearly half-century-old food court Complexe Desjardins, which serves three office towers and a shopping center in the heart of Montreal’s festival district, needed revamping, the owners (Desjardins Group) saw an opportunity to renovate in style. 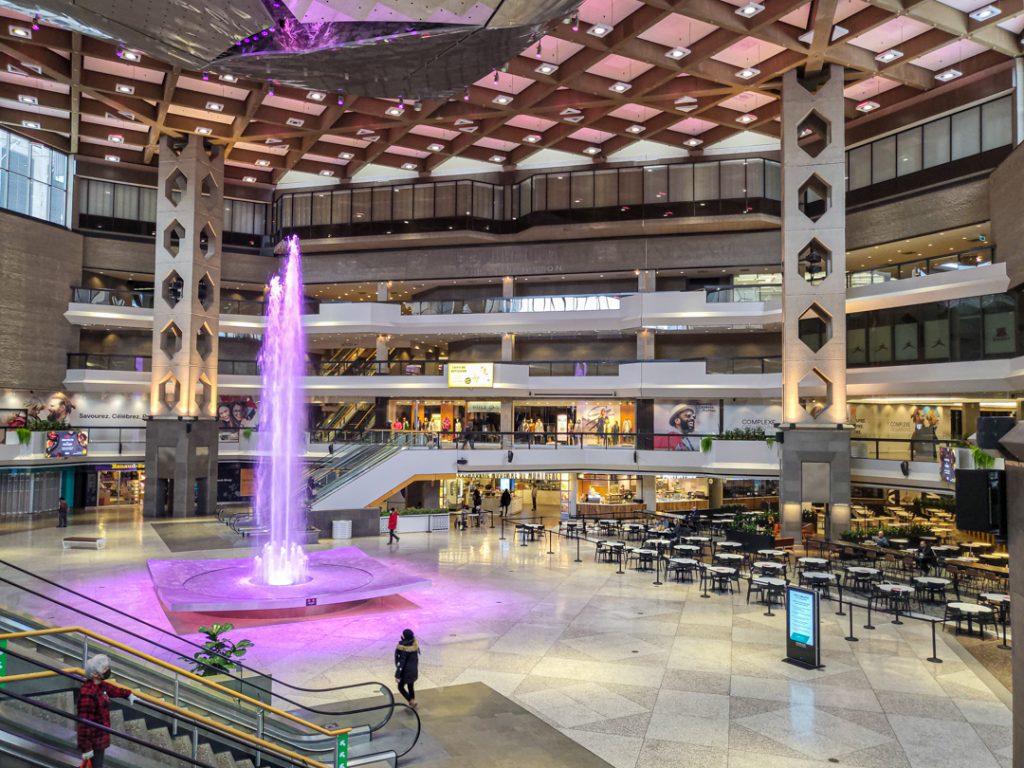 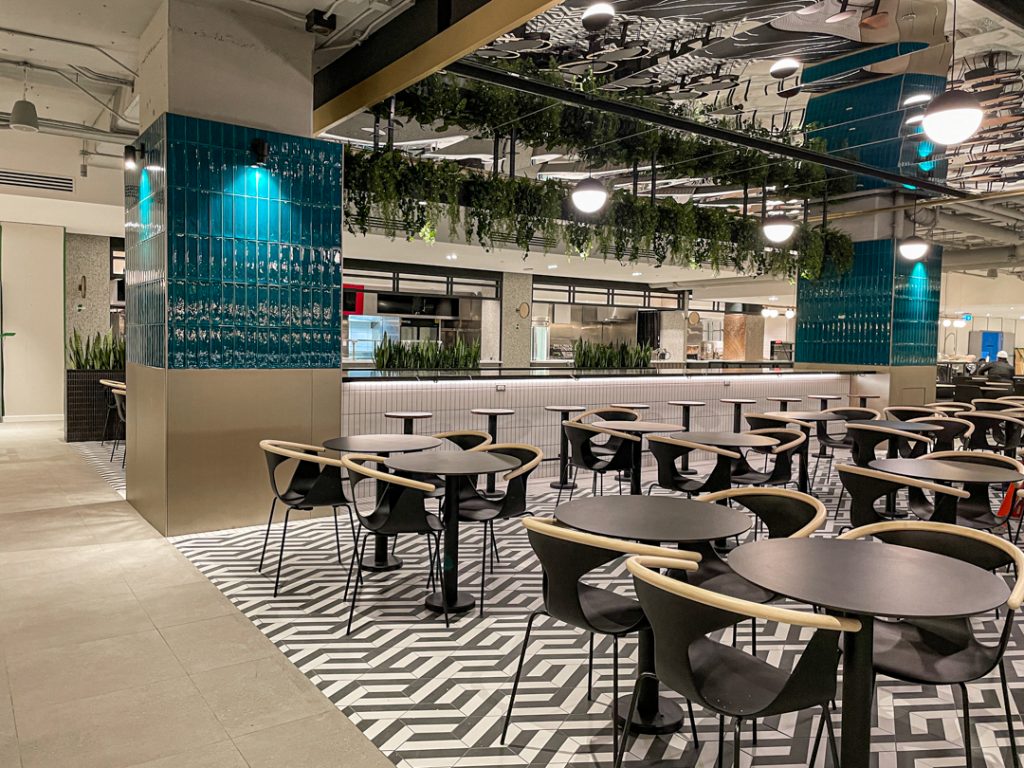 The project incorporated a wide range of tiling options and some innovative features that were made possible using various high-end products from MAPEI. These products were used to complete the 42,000-square-foot (3 902-m²) restoration project in just four months; over 20 types of wall and floor tiles, from thin-set to large and heavy, were installed. 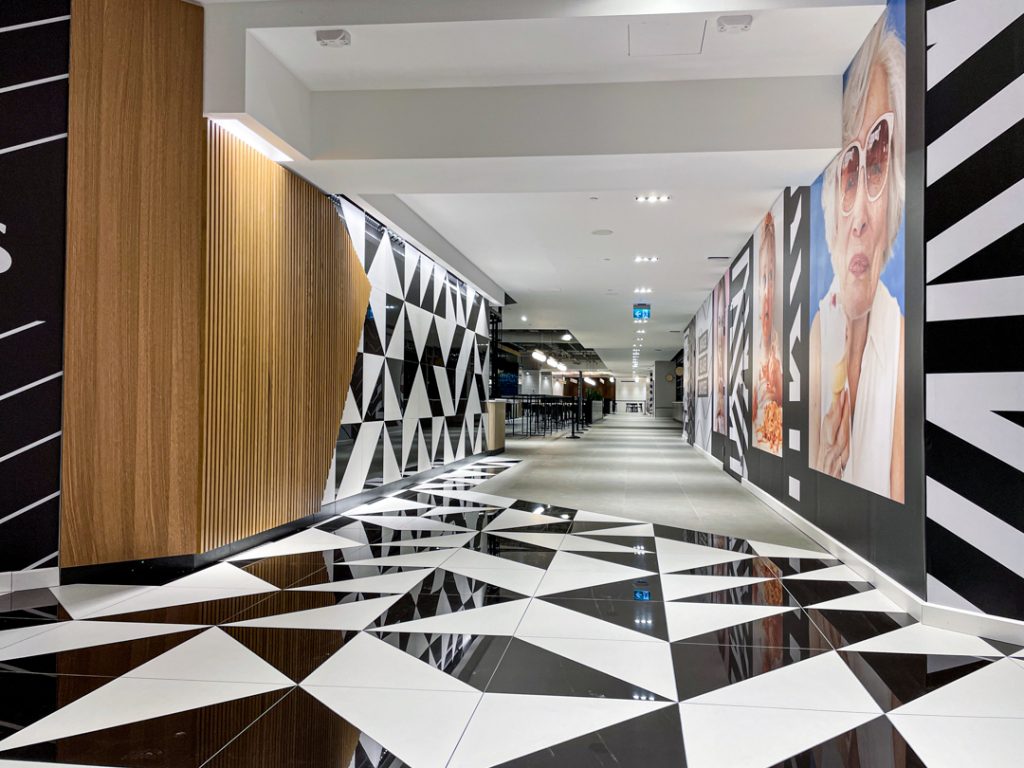 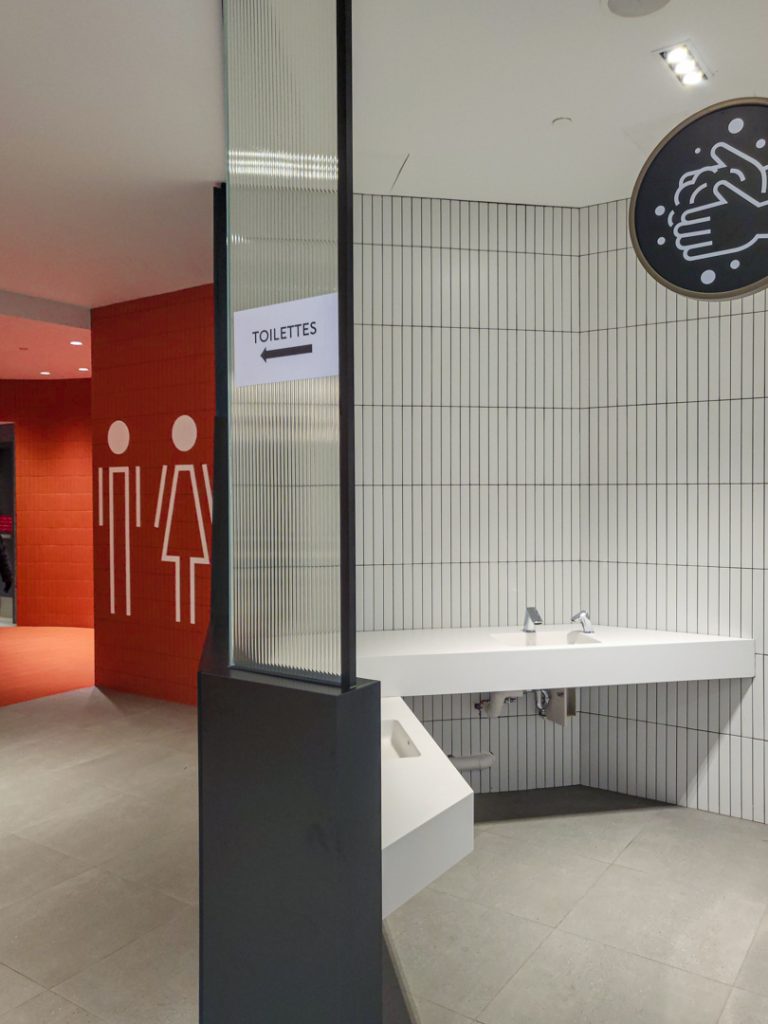 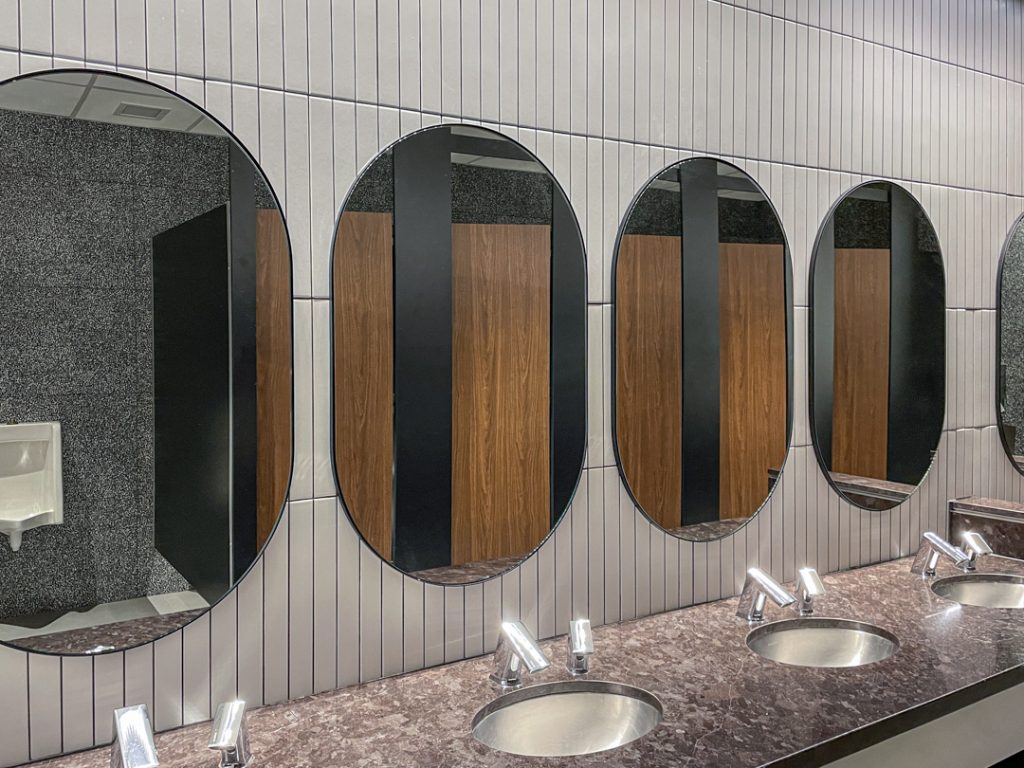 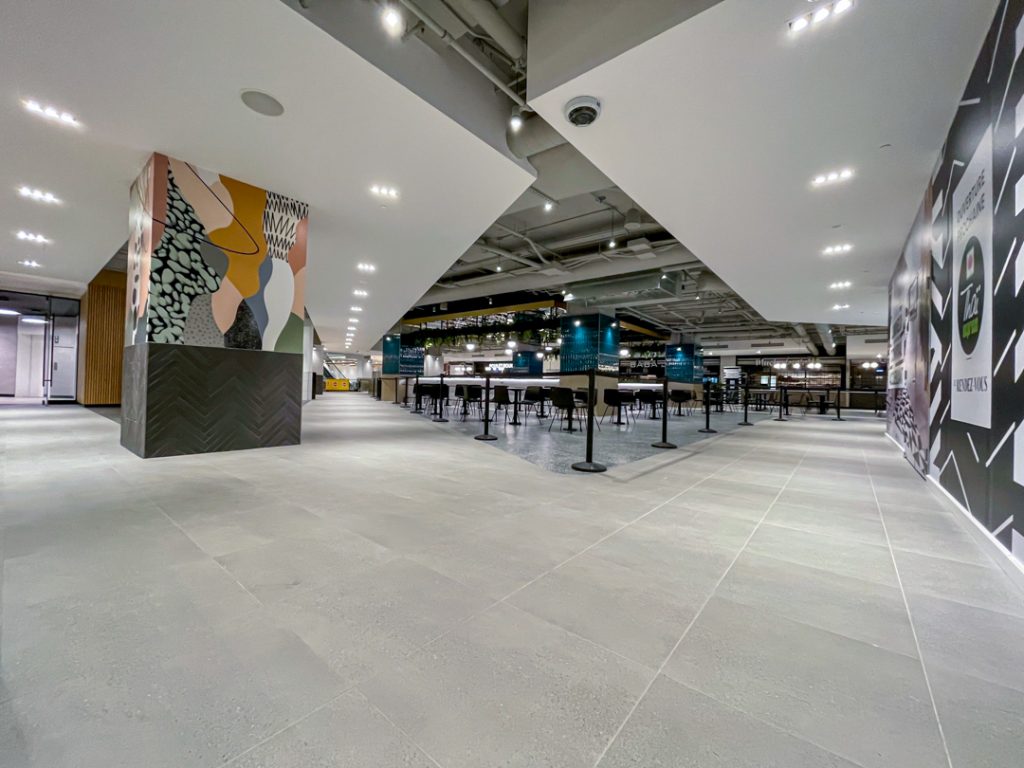 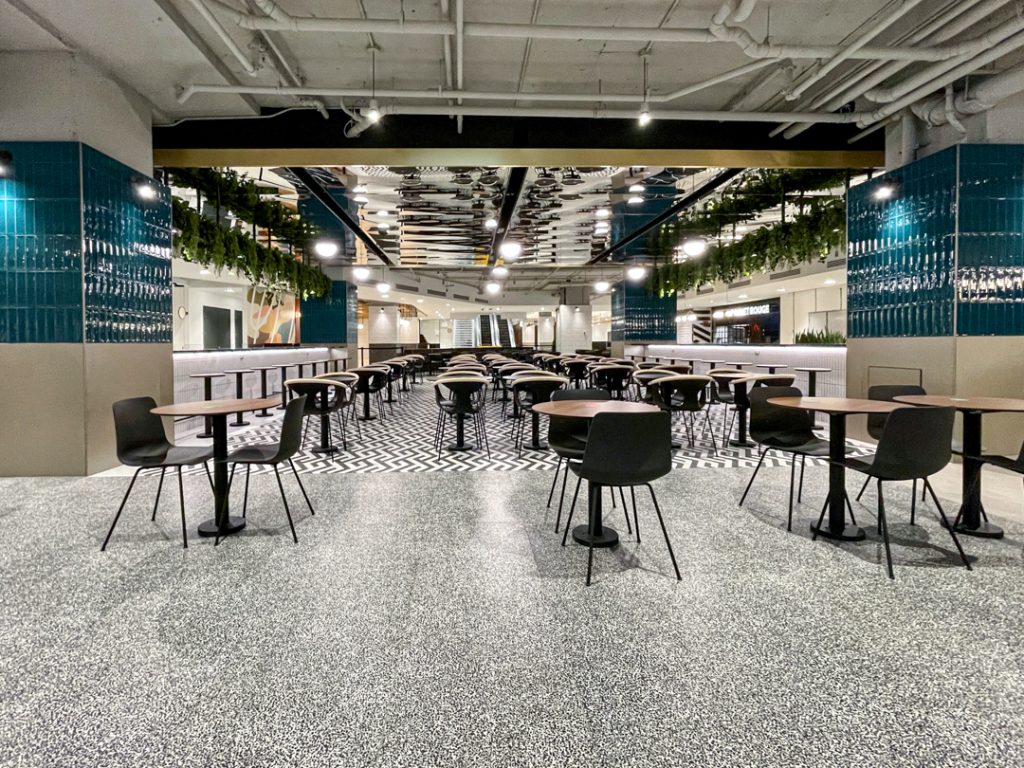 MAPEI wishes to thank the TTMAC for the recognition and for all that it does to support the industry, and wishes to express its pleasure of being a part of 2022’s awards.

MAPEI is a leading manufacturer of installation materials for concrete restoration solutions (CRS), including the maintenance of cast-in-place concrete. MAPEI also produces other concrete solutions including systems for moisture mitigation, structural strengthening and concrete repair products.

Founded in 1937 in Milan, MAPEI is now one of the world’s leading manufacturers of chemical products for the building industry and has contributed to the construction of some of the most important architectural and infrastructure works worldwide. With 91 subsidiaries operating in 57 countries and 84 manufacturing plants in 35 nations, MAPEI Group employs about 11,000 staff worldwide. The foundation for the success of the company is specialization, internationalization, research & development, and sustainability.

Headquartered in Deerfield Beach (Florida), MAPEI North America consists of the subsidiaries MAPEI Corporation (for the USA), MAPEI Inc. (for Canada) and MAPEI Caribe (for Puerto Rico and other Caribbean islands), whose 28 facilities collectively have a workforce of about 1,800 employees.

MAPEI facilities have been certified to ISO 9001 and ISO 14001 quality standards. An environmentally conscious manufacturer that reinvests 5% of its revenue into R&D, MAPEI offers training for architects, contractors, installers and distributors through the MAPEI Technical Institute. For more about MAPEI, visit www.mapei.ca or call 1-800-42-MAPEI (1-800-426-2734).