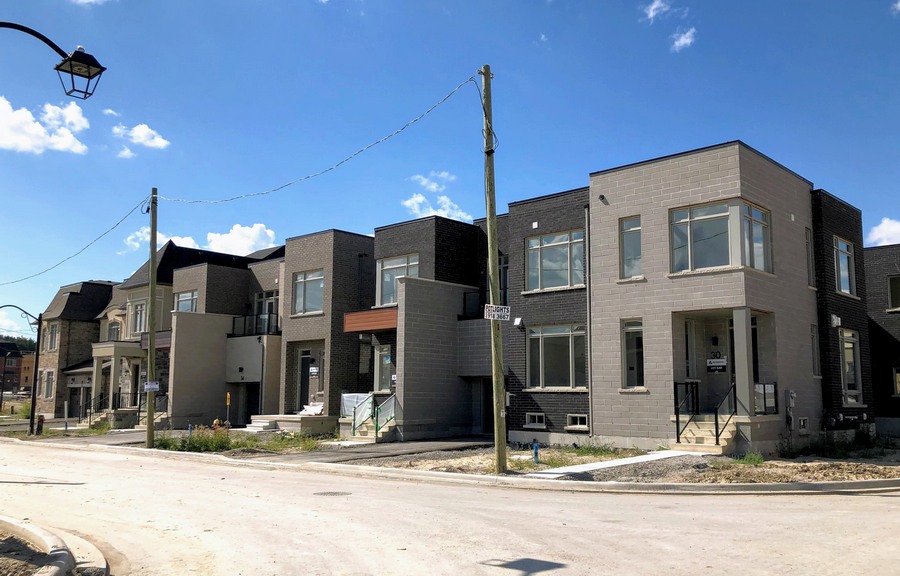 OTTAWA – Canada’s main political parties say they are putting your pocketbook at the top of their agendas, with varying promises to help make everything from housing to food to mobile phone bills less costly.

Affordability was already a concern for many Canadians before the pandemic hit, but COVID-19 lockdowns and supply-chain constraints exacerbated many of the existing problems.

That is particularly the case for a housing market made ever hotter by the pandemic that drove more Canadians to want bigger homes and bigger yards. For younger Canadians, and those with lower incomes the pre-pandemic pipe dream of home ownership was pushed even further out of reach.

Inflation in July hit 3.7 per cent, the highest annual increase in more than a decade, thanks, in part, to hikes in the prices of gas and food. Those costs are being driven largely by reopening of economies driving up demand, and ongoing supply-chain constraints, both pandemic and climate related.

But Statistics Canada’s housing replacement cost index, which is tied to the cost of building a new home, was one of the biggest drivers. It rose almost 14 per cent, the highest increase since 1987.

The Canadian Real Estate Association said the average price of buying a house jumped almost 26 per cent between June 2020 and June 2021.

“There is a cost-of-living crisis in Canada right now,” Conservative Leader Erin O’Toole said in an ad he posted Tuesday to Twitter.

Experts across Canada point to supply constraints as the main driver of housing costs, and it’s a problem that is years in the making.

“My take is that there has been less-than-adequate housing construction over the past five decades,” said Murtaza Haider, a professor of real estate management at Ryerson University in Toronto.

All three main national parties have now pushed out promises to help ease the cost of housing, including some form of restriction to limit foreign buyers from purchasing housing in Canada. The NDP plan is a 20 per cent tax on housing purchases by non-Canadians or permanent residents, while both the Liberals and Conservatives plan some type of ban on new foreign ownership for two years.

To build more housing the NDP promised 500,000 new “affordable” homes built in 10 years, the Conservatives say they’ll get one million new homes built in just three years, while the Liberals said they will “build, preserve, or repair” 1.4 million homes in four years.

The parties provided few specifics on how they intend to do it, and Haider is skeptical there can be a rush to massively increase new home builds in the next year or two. He said building material shortages will continue, there are not enough trained tradespeople available to do the work, and there is no sign that demand will let up.

Haider said he is intrigued by the Conservative promise to allow developers who sell existing rentals to defer capital gains taxes if they reinvest the profits to build new rentals. Construction of rental units is a particular problem in Canada’s housing affordability issue, he said.

The parties aren’t just going after housing costs though.

Liberal Leader Justin Trudeau is touting his pledge from last spring’s budget to spend $30 billion over five years to bring child care costs down to an average of $10 a day. The Liberals signed eight provinces up to the program before the election call.

Trudeau was in Surrey, B.C., Wednesday where he continued his housing theme, pledging to increase corporate income taxes on banks and insurance companies with big profits, using the revenues to help fund his promises to make housing more affordable.

Trudeau noted banks and insurance companies did very well during the pandemic.

Singh didn’t say how that could happen indicating only it can be done if a government is courageous enough to “stand up to” telecom giants.

Singh said Trudeau promised to cut cellphone bills by 25 per cent in the 2019 election, instead prices have gone up. The Liberals say they’re making progress on it and point to a Statistics Canada report that says consumer prices for cellular services dropped by 21.5 per cent between June 2020 and June 2021.

O’Toole campaigned in southwestern Ontario Wednesday, promising some of the $60 billion in new federal health transfers to provinces that he previously pledged would be used to help at least one million more Canadians access mental health treatment each year.