According to Altus Group’s latest Housing Report, total housing starts in Canada during the 2010s reached 201,000 units on an average annual basis, and tied for the 2nd best decade ever, after the 1970s.

In the 2000s, just under three-quarters of housing starts were single-family homes, whereas the 2010 saw a decrease in that proportion to just over half. 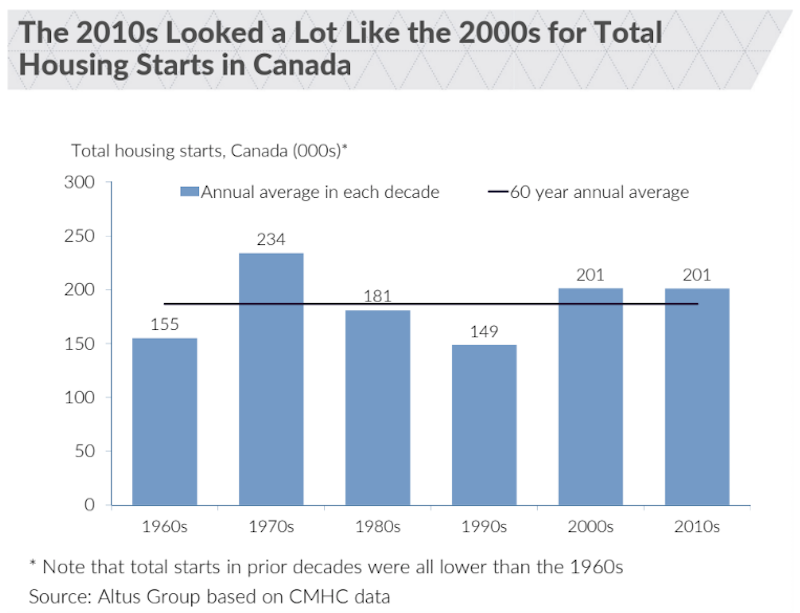 Roughly 92,000 apartment units were started on average per year during the decade of the 2010s, the strongest decade ever for apartments, even surpassing the 1970s burst of activity. 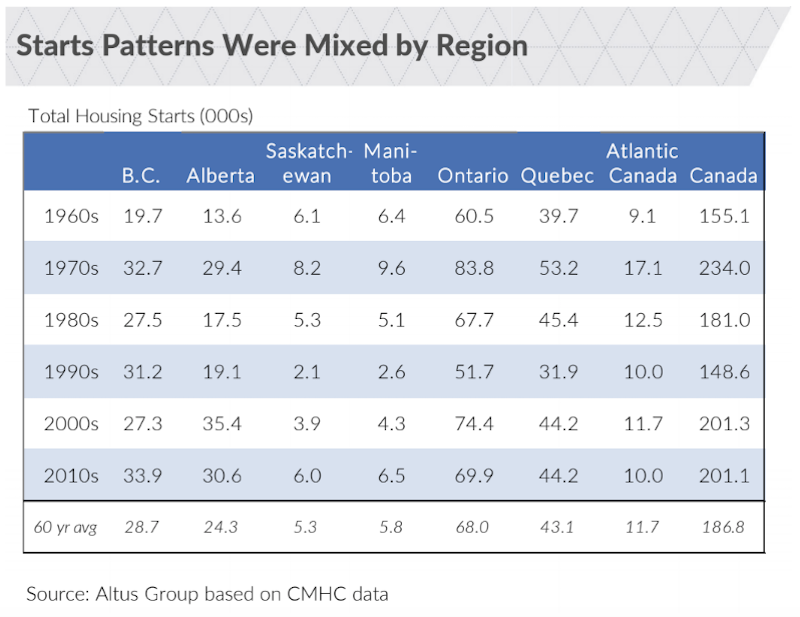 Other factors do come into play – including the age structure of the population and changes in the age-specific rates of forming households, with the latter influenced by economic conditions and housing affordability. 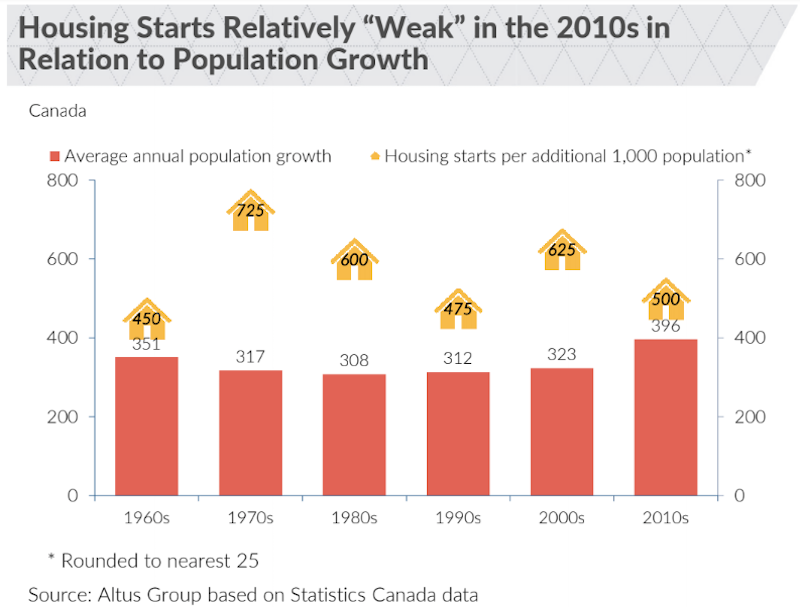 After adjusting for general inflation, the average “real” price increase in the 2010s was more in line with the longer-term average of 2.4 per cent per year and the increases in the 1960s, 1970s and 1980s.According to Altus Group, the key inputs to the affordability of homeownership are house prices, interest rates and income. Posted five year mortgage rates were lower on average in the 2010s than any of the previous five decades.

This potential benefit was offset by higher home prices (in absolute terms and in relation to average family income). As a result, annual mortgage payments in relation to income went up slightly over the decade. 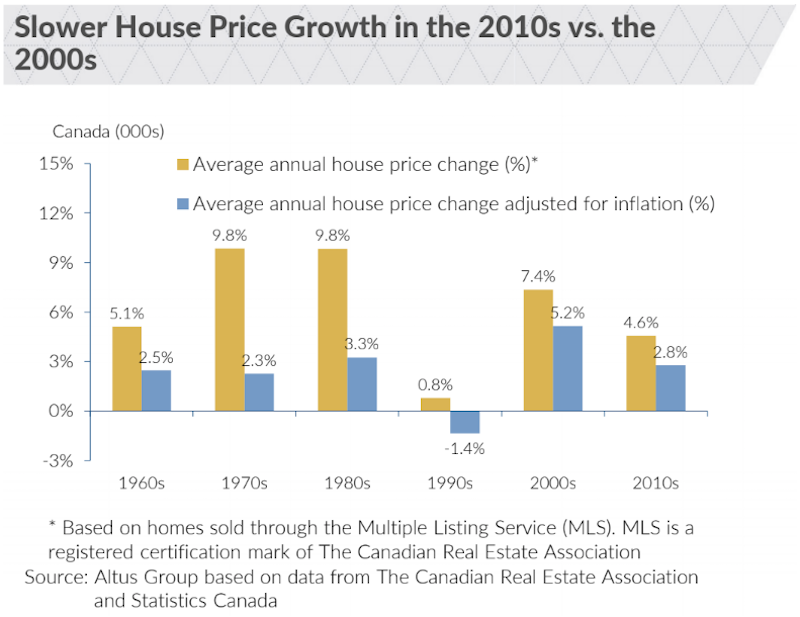