Sales of new condominium apartments in the Canadian markets totalled just over 48,500 units in 2018, dropping by 21 per cent from the almost 62,000 sales in 2017, according to Altus Group’s latest housing report. 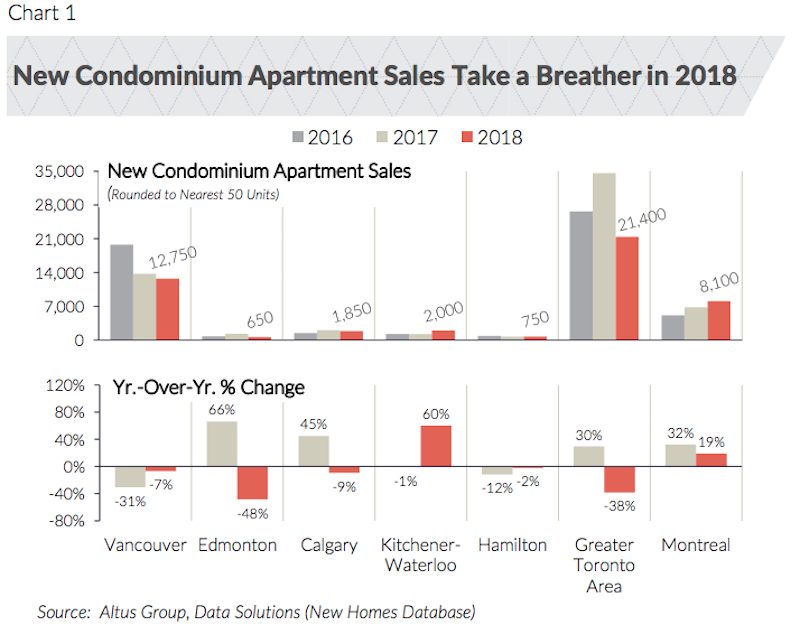 The GTA accounted for almost half of the sales in the markets covered. Vancouver sales continued to moderate slightly from the record set in 2016, and Montréal rose to the highest level recorded by Altus Group with a climb of new condo apartment sales for the 3rd year in a row.

Based on data from Altus Group’s FIRM Survey, about four per cent of Canadian homeowners aged 50 years or older say they are planning to buy a residential property in the next year. 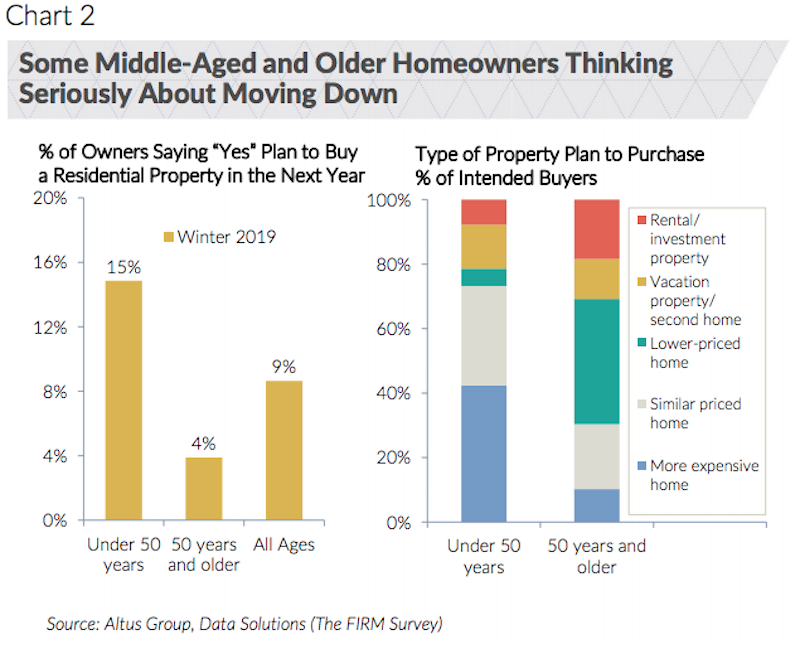 About four in 10 are looking for a lower-priced home, whether it’s new or a resale. Some would be looking to downsize to less square footage in their local market, and others may plan to move to lower-priced smaller markets.

Altus Group reports that self-employed homebuyers often have more difficulty obtaining mortgage financing, due to the “irregular” nature of their stream of income. However, the self-employed do comprise a significant portion of home sales.

According to data from Altus Group’s FIRM Survey, about one in five recent homebuyers overall were self-employed with a higher proportion in the new home market. 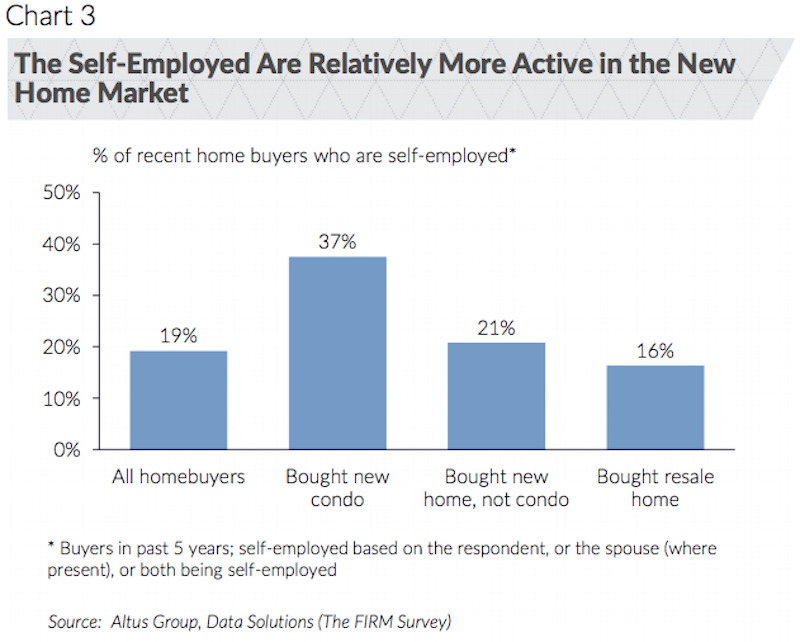 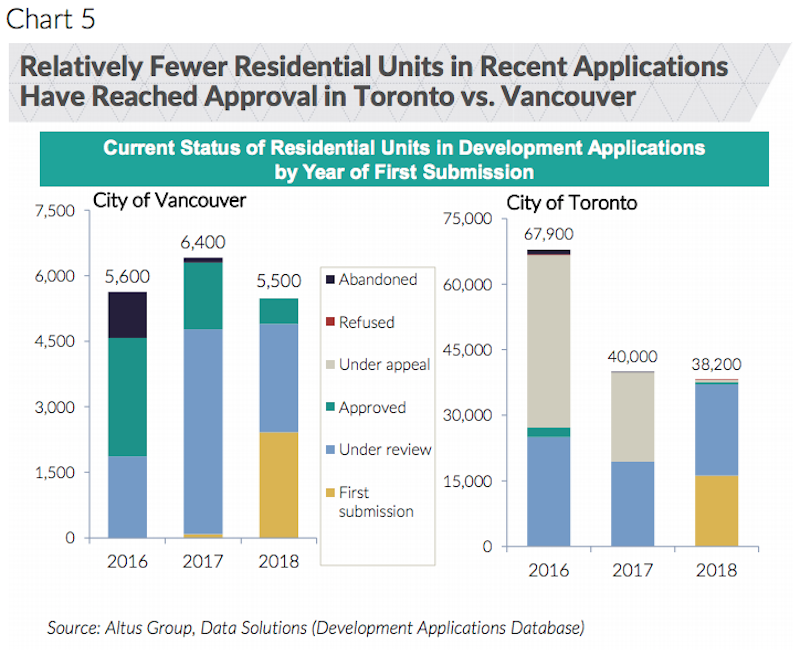 This followed a much sharper drop in 2017 for Toronto, and about half the units in applications from 2016 have been approved for Vancouver.

In the past three years, just under half of planned units in new applications are two or more bedrooms in both cities. Although, in the past year there has been some shift to bachelor and one-bedroom units that could be a reflection of affordability challenges of larger units. 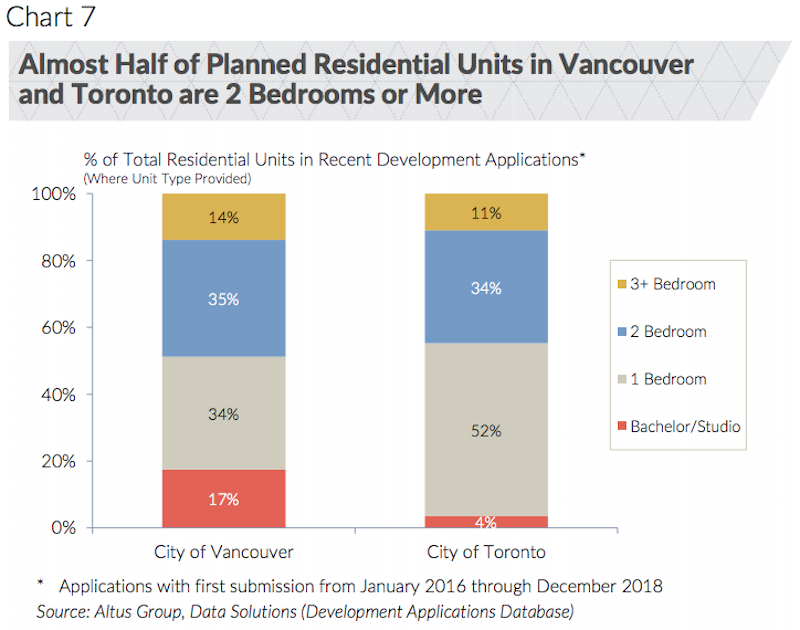 Almost 1,100 rental apartment buildings, with over 40,000 suites, were sold last year in the markets. This came to a total purchase price of over $8.4 billion, which according to Altus group is 27 per cent higher than in 2017. 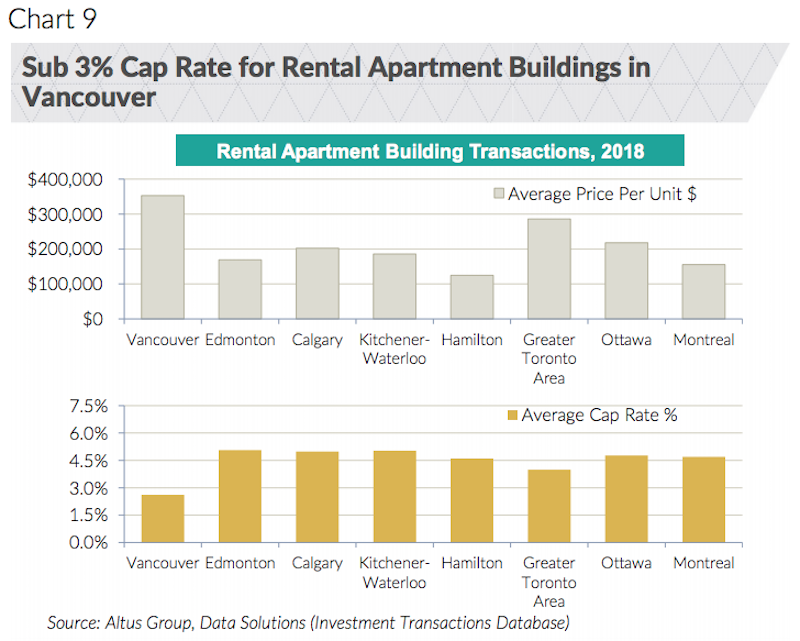 According to the report, higher prevailing rent levels play a role in the higher unit prices in these markets. Lower cap rates suggest buyers are willing to accept relatively lower initial income to acquire properties in these markets.

Transaction cap rates were lower in most markets in 2018 compared to 2017, the exceptions being Calgary and the GTA. Prices per suite increased the most in Edmonton, Ottawa and Montréal.