According to Altus Group’s 2019 Edmonton Flash Report, Edmonton’s market area saw a total investment volume increase to $3.94 billion in 2018, which lead to gains in the industrial and apartment sector in 2018. 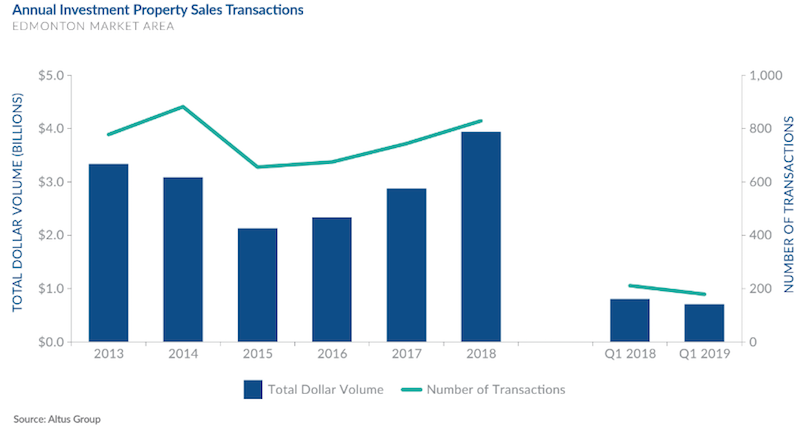 Increases across every sector contributed to the 37 per cent overall growth in 2018’s investment property sales volumes.

With a 69 per cent increase to $849 million, the apartment sector posted the largest relative year-over-year increase in dollar volume.

The total value of ICI and Residential Land sales was up eight per cent from 2017 to 2018. 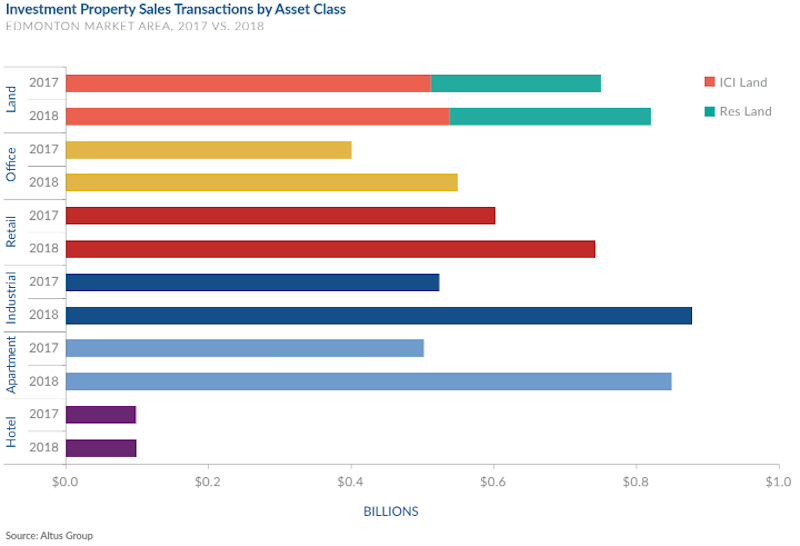 Q1 2019 saw strong volumes in the office and apartment sectors, with double the level of investment in Q1 2018. Altus group reports this was not enough to offset lower transaction volumes for Retail and ICI Land.

Retail and ICI Land was down more than $115 million from their performances in Q1 2018, with retail at its lowest level since Q2 2016. 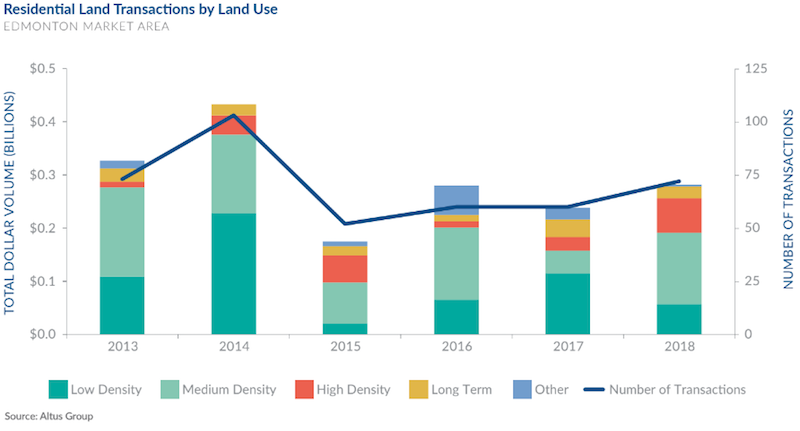 Total new multi-family sales (townhouse and apartment combined) reached about 1,300 units in 2018 — down by about one-third from 2017. Altus Group suggests that the decline was due primarily to new condominium apartment sales.

The first quarter of 2019 saw some improvement for new townhouse sales.

“These sales are not enough to offset the plunge for condominium apartments, with the result that total new multi-family sales were below Q1 2018,” said Altus Group. 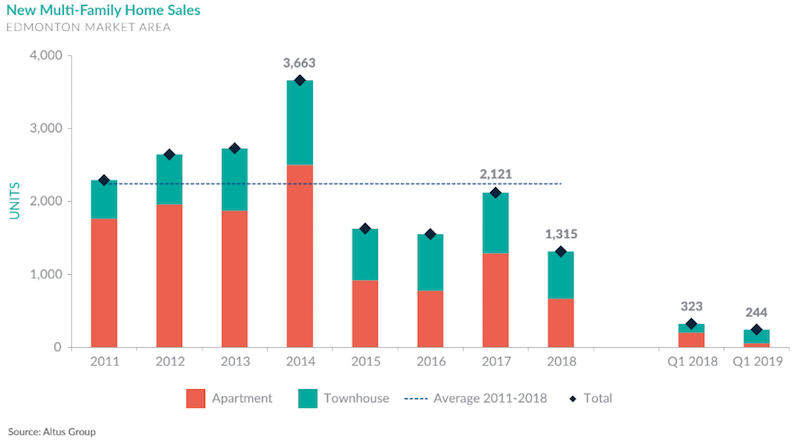 With the exception of the West submarket, total new multi-family homes sales in the Edmonton Market Area were down in each of the major submarkets for the 12 months ending Q1 2019.The South submarket continued to have the largest share of sales, for both townhouse and apartment units. 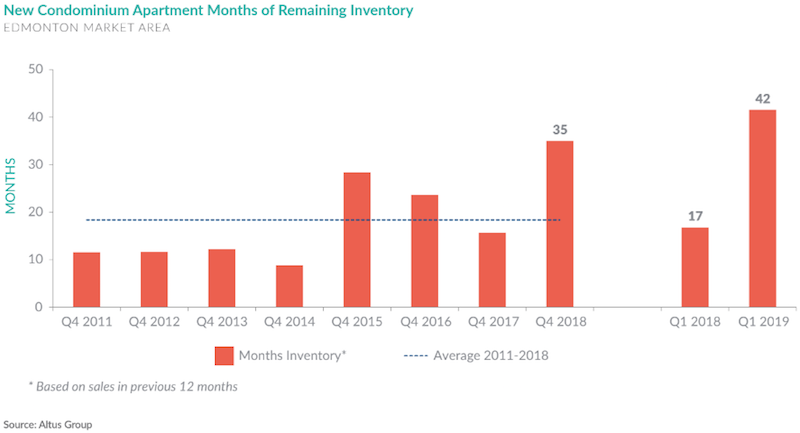 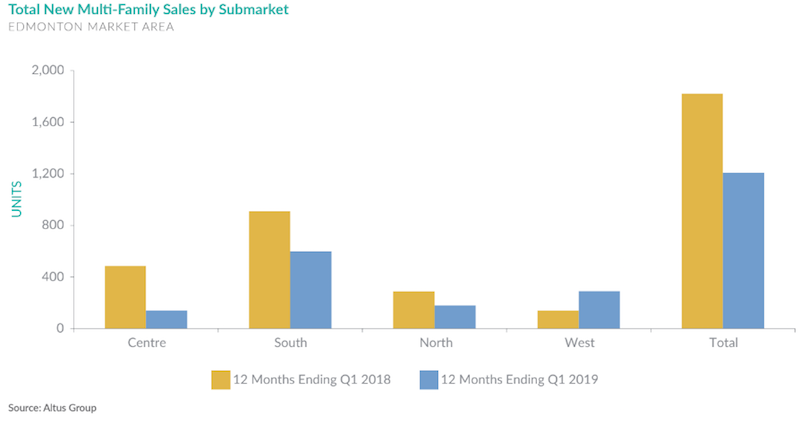 According to Altus Group’s FIRM Survey, homebuying intentions were down markedly in Spring 2019. The decrease was seen among current homeowners, but also softened slightly among current renters.

Altus Group’s FIRM Survey data reports half of recent end-user homebuyers in Edmonton were under 35 years of age. Most buyers aged fewer than 35 were first-time buyers.

“First-time buyers in Edmonton on average purchased homes that were 10 per cent below the overall average purchase price, and priced 3.5 times their annual incomes,” said Altus Group. 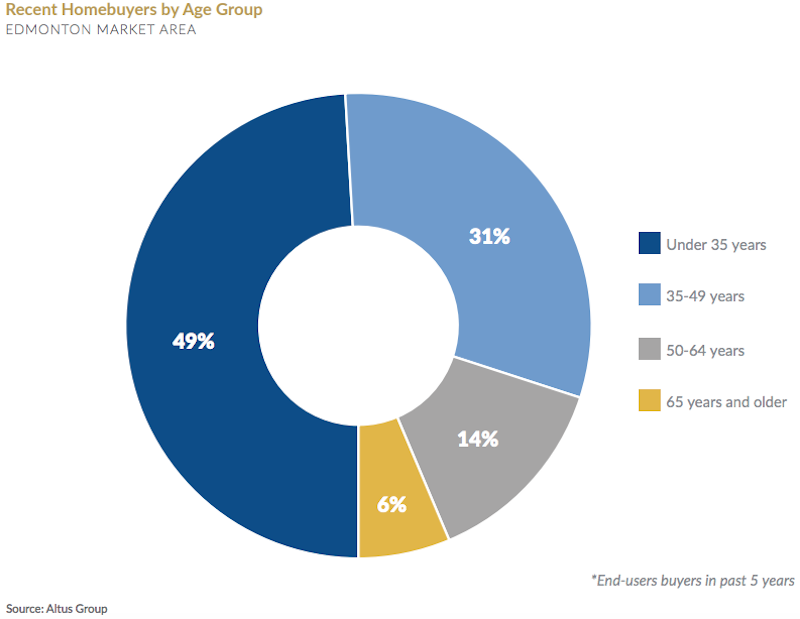 Flood victims in Grand Forks, B.C., in limbo more than one year after disaster