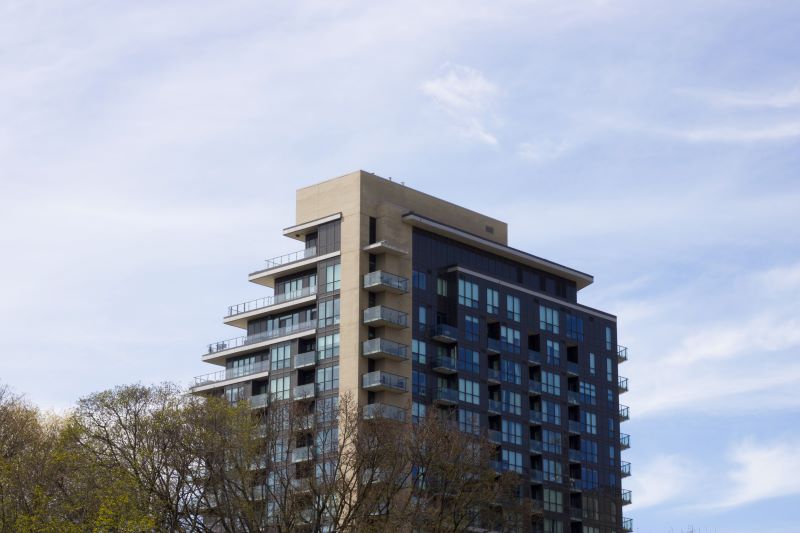 When Sajeela Siddiqui planned to buy her first home during a pandemic, she looked to move outside of the Greater Toronto Area like so many others in search of more space.

But after seeing a bloated market in cities as far as Waterloo, Ont., and Barrie, Ont., she decided to stay within her budget and look for a two-bedroom condo in downtown Toronto.

But even in Toronto, where the condo market had cooled during the pandemic, the search has been anything but easy. Analysts and realtors say low interest rates and a light at the end of the COVID-19 tunnel is driving up demand for condos in the city.

“Even with discounted prices, it’s still well above $750,000 for an 800 square foot condo. I was surprised by how much competition there is,” said Siddiqui, who works for a major Canadian bank and lives in downtown Toronto.

She says the only place where she sees inventory and less demand is in smaller condos under 550 square feet.

Siddiqui’s experience as a buyer comes as the Toronto Regional Real Estate Board reported condo sales in the GTA were picking up speed in the fourth quarter of 2020.

Condo sales totalled 6,469 in the quarter, up 20.7 per cent compared to the previous year. However, the average selling price was down 1.1 per cent in the GTA and 2.4 per cent in Toronto, which TRREB attributed to an increase in market supply as investors looked to sell during the pandemic.

John Pasalis, President of Realosophy Realty in Toronto, said his team was surprised by the pace of the market and suspected the vaccine rollout has had an effect on buyers.

“We were kind of surprised to see the surge in demand all of a sudden in November and December, we weren’t expecting that,” said Pasalis.

“My feeling is news of the vaccine rollouts put an end date, at least in people’s minds, of when things might go back to normal. So investors saw what’s just going on in the market, rates are super low, and decided to jump back in.”

Three months ago newly listed condos for sale would be lucky to get 2-3 showings their first week.

Today we got ten showing requests within 3 Hours of a unit going on the market.

It’s unbelievable how quickly the market can change

Olenka Mallon, a real estate agent with Re/Max Condos Plus Corp., said demand in Toronto’s core has remained high throughout the pandemic, and her clients have been frustrated at how quickly properties are selling with offers well above asking price.

She showed one of her clients five apartments in a day last week, and said three of them were already sold by the next day.

“I have to convince my clients that I am not overreacting and not exaggerating, because they have no time to go home and think about it,” said Mallon. “You have to see it and make a decision and you put a bid.”

In Mallon’s experience, demand hadn’t dropped in the downtown core through the pandemic, but she did say the demographic of buyers has changed because there aren’t as many people from outside of Canada purchasing condos.

She advised buyers to closely consider the neighbourhood of the city they’d like to live in, as prices for condos out of the immediate core have started to catch up with more central locations.

A crazy turnaround for Toronto’s condo market from 3.6 months of inventory in October to just over 1 month in January.

Pasalis said it’s a good time to buy if you’re planning on actually living in the property, but said the market is a bit muddier if you’re an investor.

“It’s a tough market to be an investor,” said Pasalis, saying it’s difficult to know where the market is heading long term. “There’s still a lot of vacancy, the market for rentals is still sluggish, rents are still quite soft and down from their peaks, and who knows when that’s going to rebound.”

But…when investors don’t care about rents and only buy for the expected appreciation, it’s not a good sign

We saw how that played out in the GTA’s suburbs in 2017https://t.co/7TxnGHQiF0

Meanwhile, Siddiqui said she feels lucky that she has no timeline to buy. She still has a rental unit downtown and isn’t interested in getting involved in a bidding war in a competitive market.

“My advice and the approach I’m following is to not rush into this,” said Siddiqui.

This report by The Canadian Press was first published Feb 2, 2021.