TORONTO – Ontario municipalities are concerned that parts of the province’s new housing legislation may actually hamper growth and download excessive burdens to them and their taxpayers.

One aspect of a large bill introduced Tuesday by Municipal Affairs and Housing Minister Steve Clark would freeze, reduce and exempt fees developers pay in order to spur building. 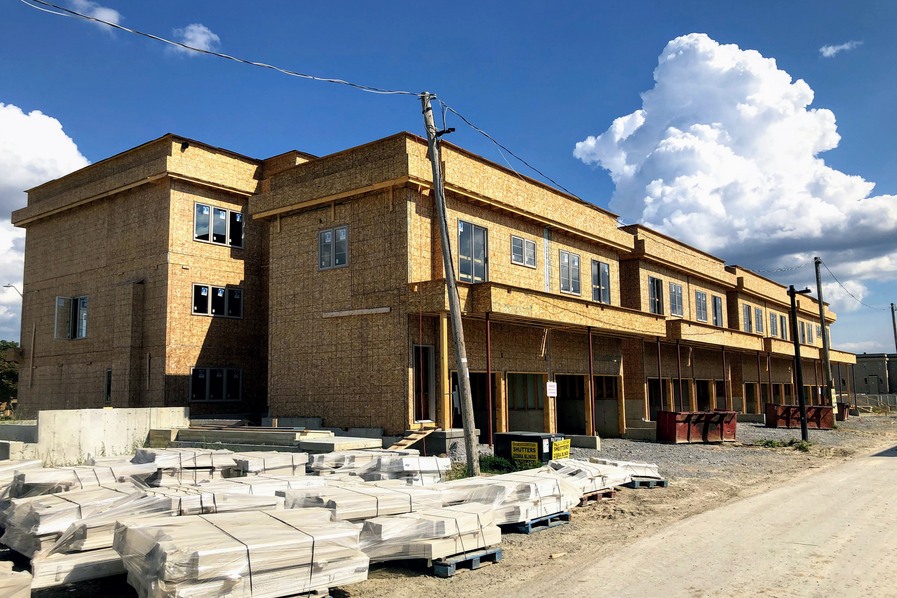 Affordable housing, non-profit housing and inclusionary zoning units – meaning affordable housing in new developments – as well as some “attainable” units would be exempt from various charges.

But those fees go to municipalities to pay for services for residents of those homes, such as roads, community centres and transit.

The Association of Municipalities of Ontario said in a statement that the proposed changes “may contradict the goal of building more housing in the long term.”

“Unless fully offset by funding to support growth-related projects, reductions in these fees will shift the financial burden of growth-related infrastructure onto existing municipal taxpayers,” the association wrote.

Green party leader Mike Schreiner said the province needs to fund that lost revenue or it will be residents who have to foot the bill.

“If the province fails to step up to replace development charges they’re essentially calling for a tax increase on property taxpayers in this province,” he said after question period Wednesday.

In response to a question from the NDP about it Wednesday, Clark said municipalities have $8 billion in development charge reserves.

“We’re going to continue to work with our municipal partners,” he said in question period. “We’re also going to work with the federal government on their $4-billion Housing Accelerator Fund. We think that would help municipalities as well.”

Toronto Mayor John Tory said the removal of those development charges could cost the city hundreds of millions of dollars.

“What we can’t afford to see happen is to see one government make promises and pay for it with somebody else’s money,” Tory said at a press conference.

“These charges we collect are not just charges that go into the general revenue stream. They are charges that are specifically allocated to things that need to get built under the principle of growth paying for growth.”

Tory said he is supportive of “the thrust” of what the legislation seeks to do but is “very concerned” about the development charges aspect.

“We are in a position where we want to spur housing,” he said.

“There are some very positive things in here, and there are some items that will require further review, such as the impact of removing development charges,” Cam Guthrie, mayor of Guelph, and chair of OBCM said in a statement.

“We look forward to further discussions with Minister Clark and his colleagues on these matters before legislation is passed.”

“There are some very positive things in here, and there are some items that will require further review, such as the impact of removing development charges,” @CamGuthrie, mayor of Guelph, and chair of OBCM said in a statement. (2/3) https://t.co/FlNuKJO265

“We look forward to further discussions with Minister Clark and his colleagues on these matters before legislation is passed.” (3/3) https://t.co/CJkrgFPgGN

Our government is taking bold action to build 1.5 million homes over the next decade to put home ownership in reach for more Ontarians.

Thank you @TorontoRBOT for hosting @fordnation & I to discuss how #MoreHomesBuiltFaster will help us meet our goals. pic.twitter.com/JV4iu83JTi

If passed, it would ensure that cities, towns, & rural communities grow with a mix of housing types that meet the needs of Ontarians. https://t.co/Dz5lhpPaFY #onhousing pic.twitter.com/tZAld2H6mQ

The plan will help to build more attainable and market housing and provide a home for newcomers, young families, seniors and all Ontarians. pic.twitter.com/j5u5wS9LXx

The plan would protect new homebuyers by doubling the maximum penalties for builders and vendors who try to make extra money by cancelling a new home project or terminating a purchase agreement. pic.twitter.com/y76cmFEYJH

This report by The Canadian Press was first published Oct. 26, 2022.