The average rental rate for all property types in the GTA rose to $2,017 in June, up 0.9 per cent over May, increasing in each of the last three months, according to the latest Bullpen Research & Consulting and TorontoRentals.com Toronto GTA Rent Report. 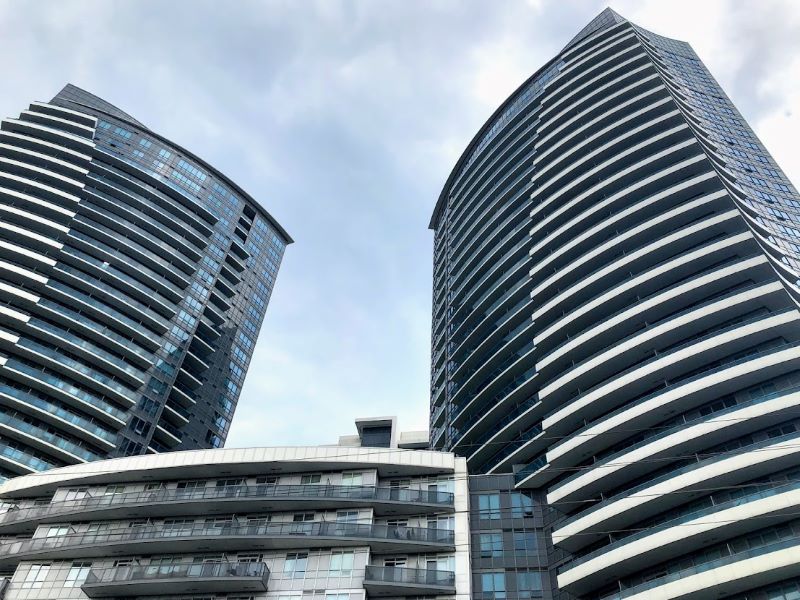 Average rental rates are on the rise in the GTA as vaccinations increase, case counts diminish and the region opens up, according to the report.

The report also suggests that further rent growth is expected through the fall, with Bullpen Research & Consulting forecasting GTA rent growth in the double-digits in 2022. 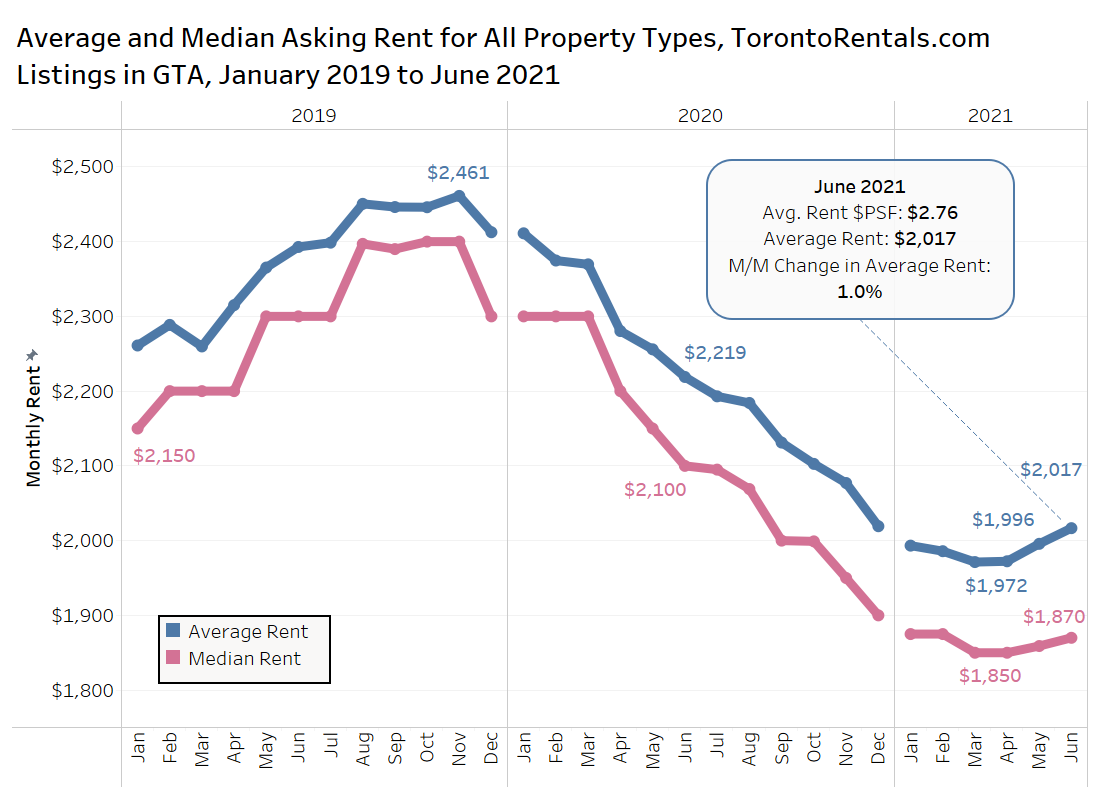 Of 13 cities and areas of the GTA with significant rental activity on Torontorentals.com, seven experienced average quarterly rent increases in the second quarter ending in June.

Richmond Hill experienced the largest quarterly increase in average monthly rental rates, increasing by 12.4 per cent, with Pickering up 10.3 per cent and Markham and Vaughan rising 3.9 per cent and 3.7 per cent respectively.

North York and Ajax had the largest quarter-over-quarter declines, down by 2 per cent and 1.4 per cent respectively.

“Many of our clients are indicating strong demand in York Region and downtown Toronto, as tenants prepare for a return to the office and are snapping up suites in proximity to the largest employment centres in the GTA,” said Matt Danison, CEO of Rentals.ca. 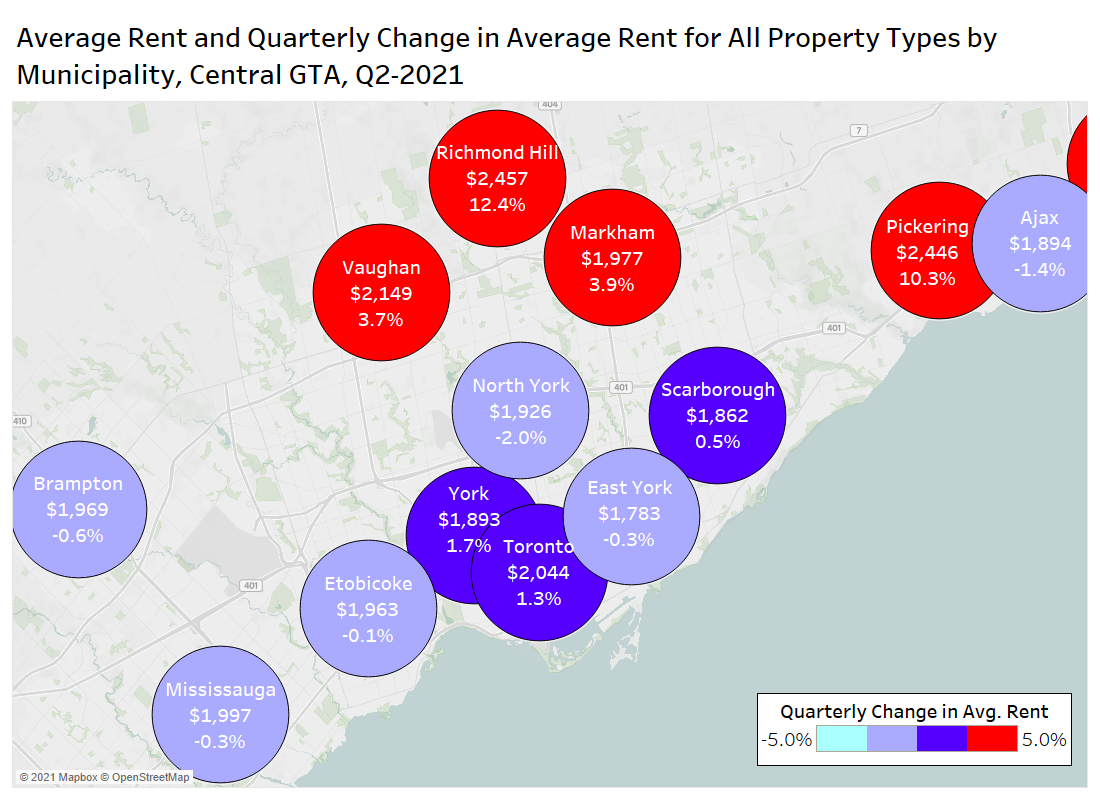 “The neighbourhoods with low levels of new condo construction experienced over the past decade have seen the biggest increases in rent in 2021 in the city of Toronto,” said Ben Myers, president of Bullpen Research & Consulting. “Desirable communities with a lack of supply have been the first to recover during the pandemic.”

Other neighbourhoods with the most active listings in the second quarter included: Waterfront Communities-The Island neighbourhood; where average rents increased 3.6 per cent quarterly; Niagara with a rent increase of 8.4 per cent quarterly and Bay Street Corridor with 4.7 per cent quarterly rent growth. These areas have substantial sample sizes and are not affected by compositional changes in the listings. The data shows just how quickly rents are rising, with many private landlords seeing tenant bidding wars again. 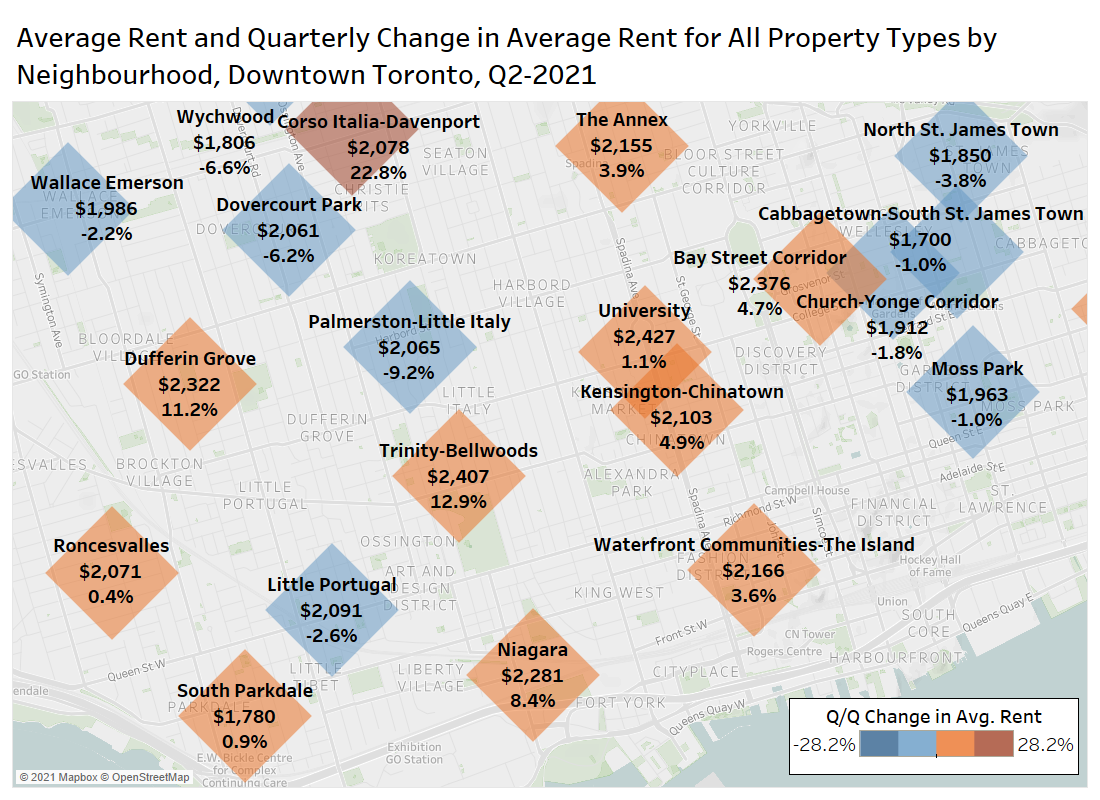 The year-over-year average monthly rents for single-family homes, condo rentals and apartments were consistently higher for units in the former city of Toronto (pre-amalgamation boundaries) compared to units in the rest of the GTA.

The difference in average monthly rents between Toronto and the rest of the GTA was shrinking heading into 2021. Since then, the gap has started to gradually widen again over the last couple of months.