The average monthly rent in the Greater Toronto Area (GTA) has declined for the ninth straight month to $2,185 in August and is down 10.8 per cent year over year, according to the TorontoRentals.com and Bullpen Research & Consulting Toronto and GTA rent report. 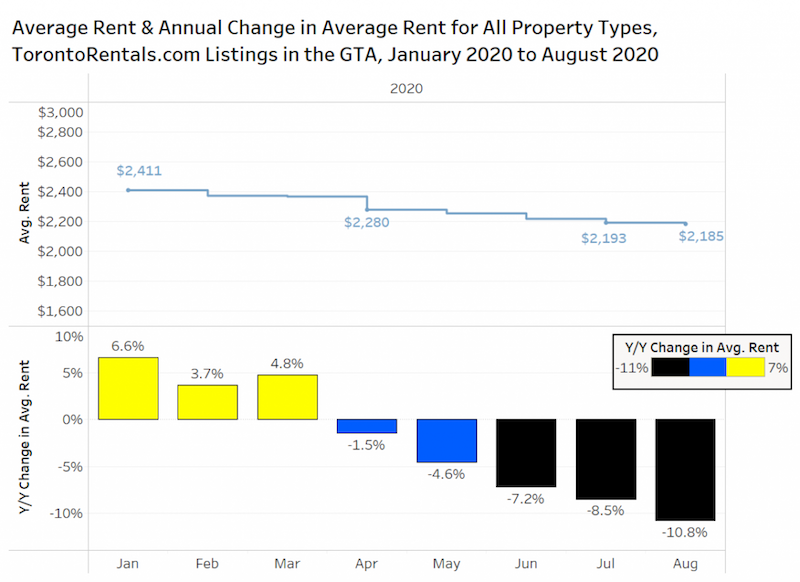 The report suggests that the pandemic and its impacts have continued to weigh on the GTA rental market. Economic uncertainty, fear of moving for health reasons due to an uptick in positive COVID tests have reduced rental demand.

Both one-bedroom and two-bedroom units in the GTA are down about $200 from their peak levels last year, recording year-over-year declines of 9.5 per cent and 7 per cent respectively.

Overall, the rental market in the GTA continues to decline, but much of that decline can be attributed to a significant drop in demand for condo rentals downtown.

When just focusing on the former City of Toronto (pre-amalgamation boundaries — not shown in the chart below), the condo rental market average rent is down 16 per cent year over year. Rental apartments have seen average rents drop by 2.9 per cent annually.

Mississauga has also seen growth, with condos up 6.3 per cent year over year, and rental apartments up a whopping 12 per cent. 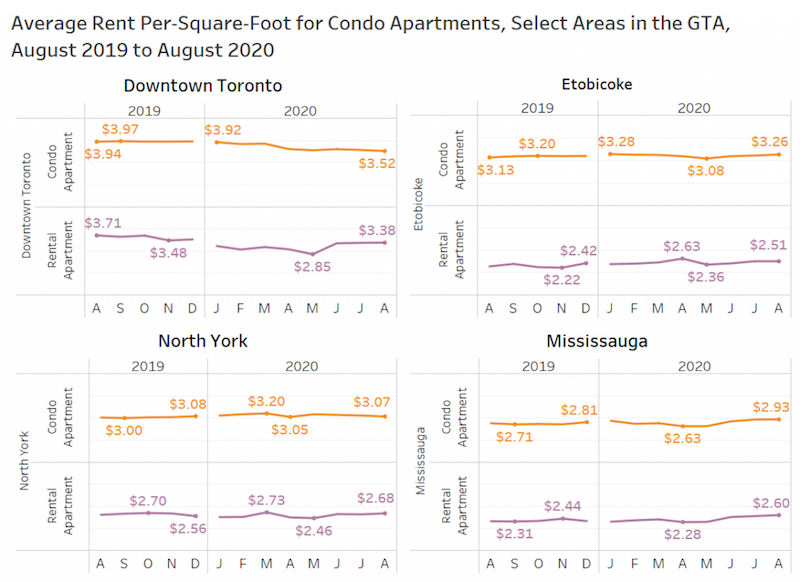 Despite the pandemic and the average rental rate declines, several buildings in Toronto have experienced rent growth when comparing January to August 2020 versus the same months last year. 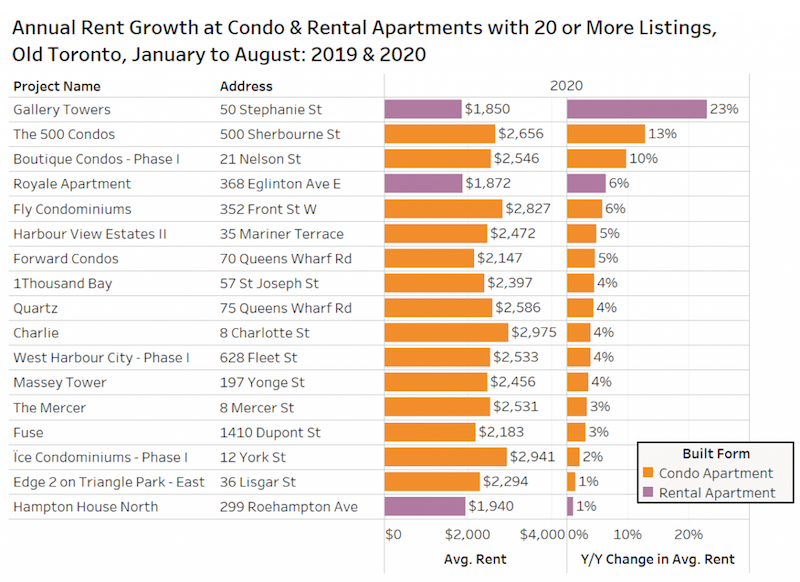 Most of the postal codes in the downtown Toronto area have experienced declines over the two periods, with the most active postal code, M5V, seeing average rents decline by 11 per cent to $2,360, with per-square-foot rents dropping from $3.95 psf to $3.62 per square foot, an 8.4 per cent reduction.

The declines can be attributed to less immigration, fewer students downtown, the work-from-home phenomenon, shifting demand to cheaper locations, and more completions. One of the biggest factors is an increase in the supply of rental units due to a lack of tourism. Short-term rentals have been shifted to the full time market, especially small units in new centrally located condo projects. 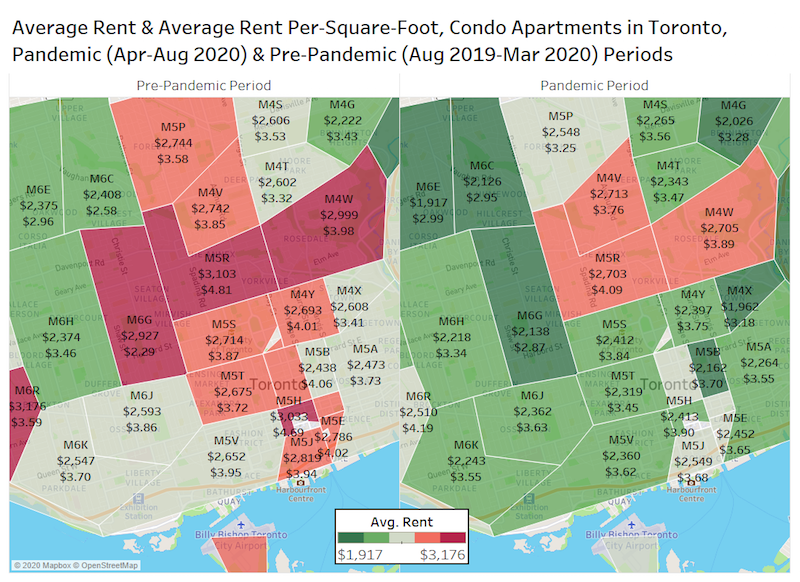 “The pandemic and the resulting work from home necessity has continued to put pressure on the downtown Toronto rental market,” said Matt Danison, CEO of Rentals.ca. “Less immigration, fewer students, and less need to be close to work is decreasing demand, in the face of increasing new condo and rental apartment completions.”

“Some less affluent young professionals are moving back in with their parents, while the more affluent are leasing their downtown homes to work from their cottage for the next year,” said Ben Myers, president of Bullpen Research & Consulting. “A Finder Research Group study found that 278,000 Canadian parents have moved in with their adult children in 2020. All of these factors continue to shift demand in the rental market away from the most expensive locations.”