Average rent in the GTA down 16.3 per cent annually: report

The average asking monthly rent in the Greater Toronto Area (GTA) for all property types declined for the 15th straight month, down 16.3 per cent year over year in February to $1,986, according to the latest Bullpen Research & Consulting and TorontoRentals.com Rental Market Update & Assessment Report for the GTA. 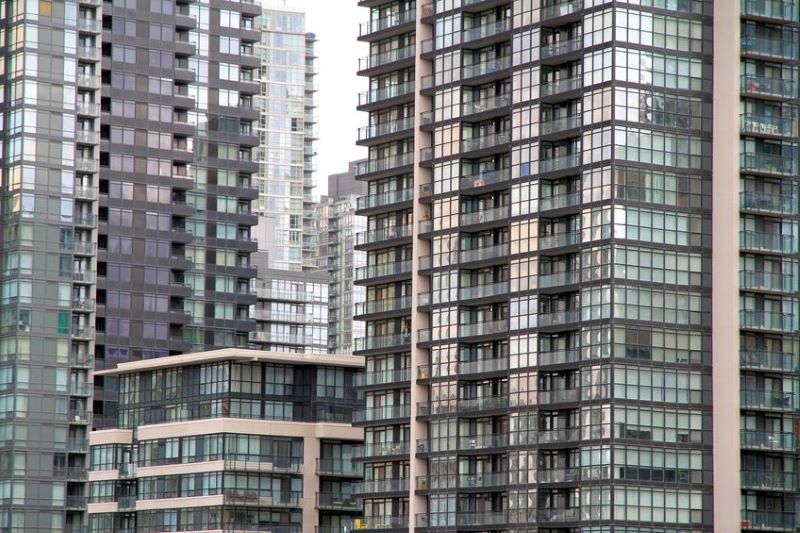 This amount is down more than 13 per cent from February 2019.

In February, Toronto experienced an almost 20 per cent decline in average rental rates for condominium rentals and apartments compared to the previous year, down to an average of $2,000 per month. 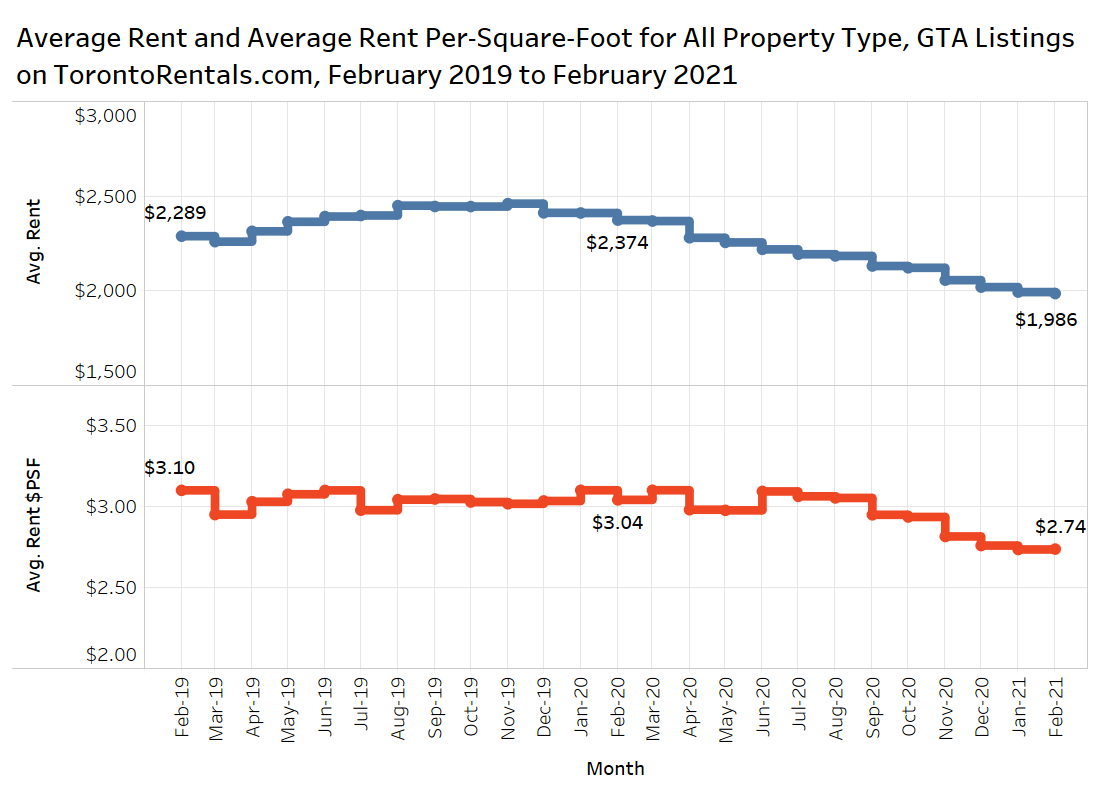 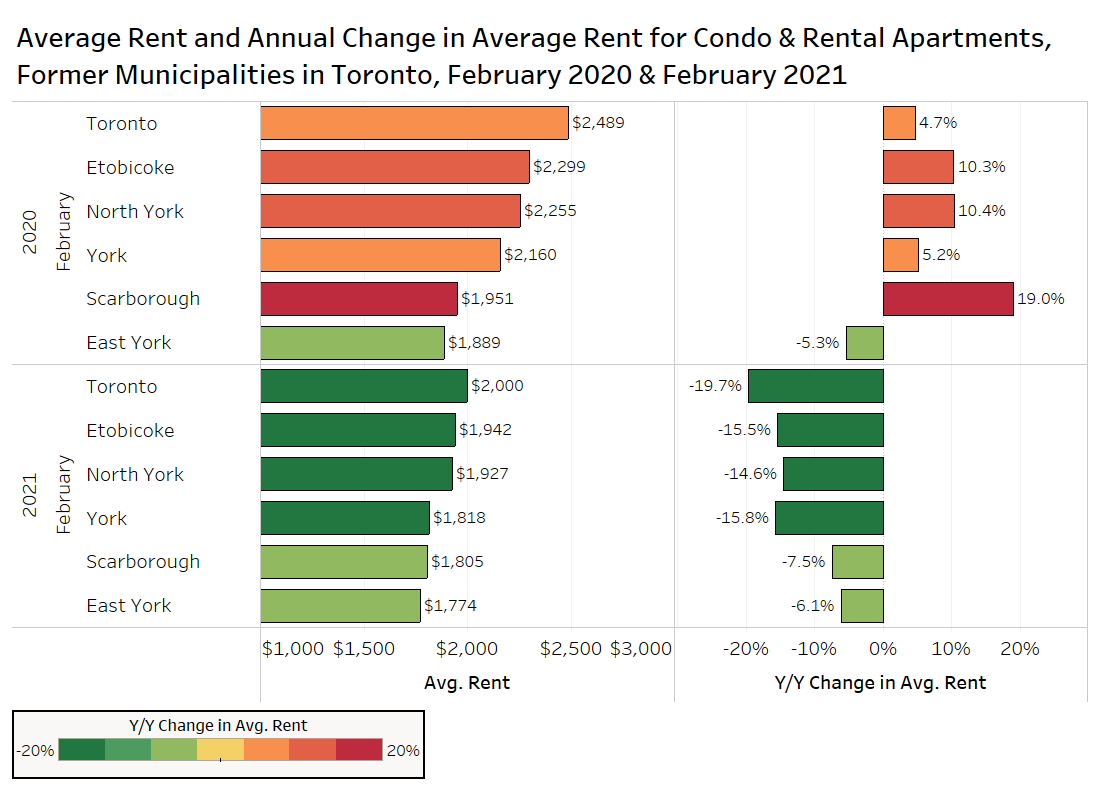 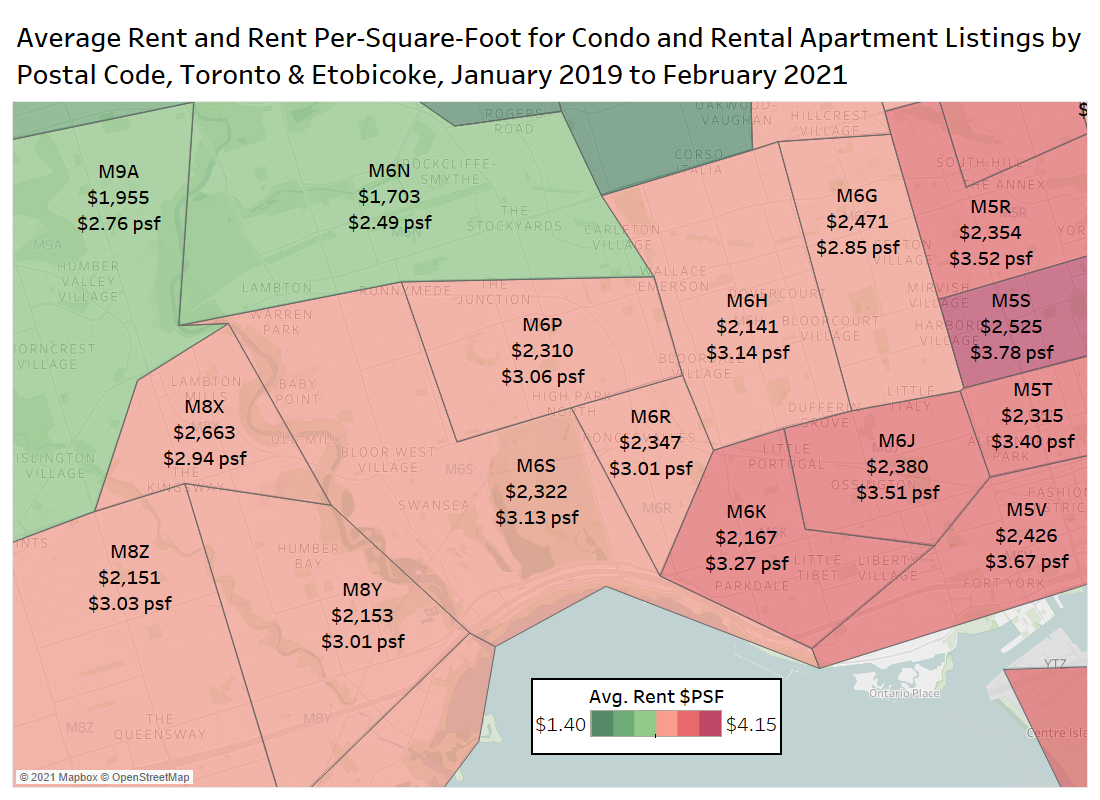 “The GTA market overall saw another decline in February, but the average rent for traditional apartments increased month over month, and the rent per square foot increased for downtown condos, albeit by just one cent to $3.13 per square foot,” said Ben Myers, president of Bullpen Research & Consulting. “However, this rate is still down 18 per cent annually. The spring rental market is now upon us, and that will be a test for the resiliency of the market, as this period typically experiences the strongest demand of the year. Are tenants willing to return downtown in anticipation of a re-opening of offices, or wait until it becomes a reality?”

The average rent per square foot for condo apartments in downtown Toronto didn’t decline month over month. Also, the average monthly rent for single-family homes as well as apartments increased slightly in February over January, which could  be an indication of how the market will respond moving forward. 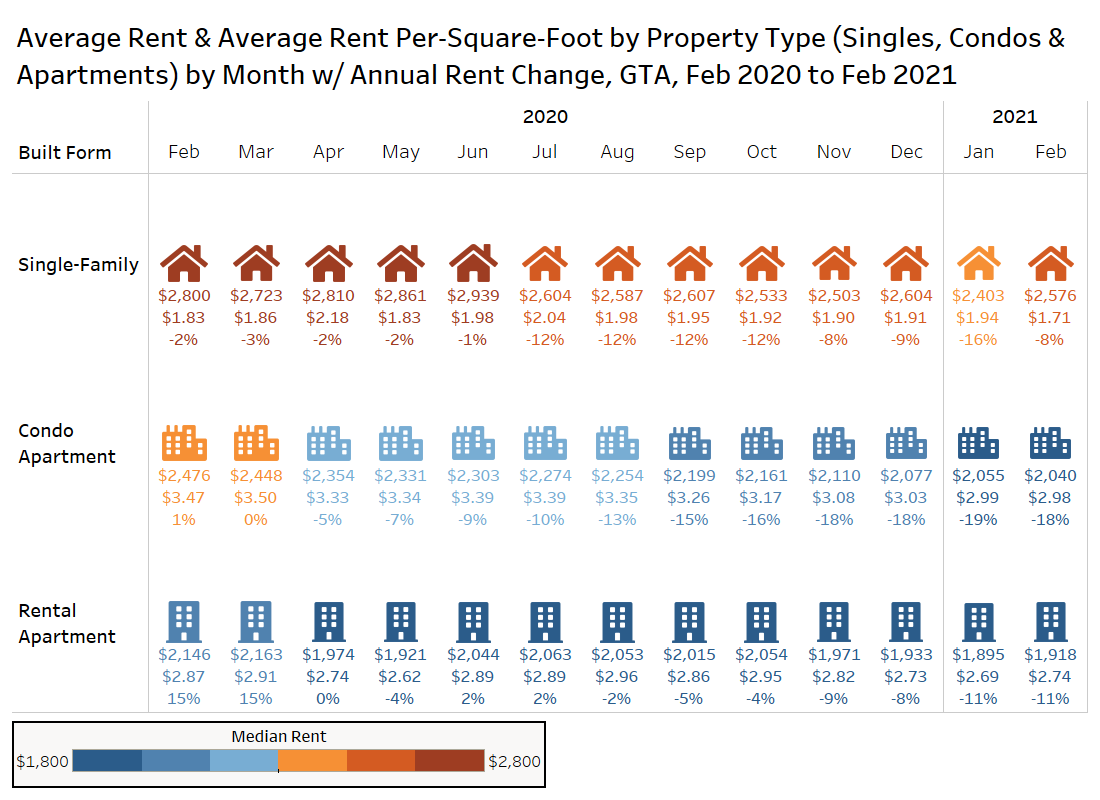 The average rent per square foot for Downtown Toronto and the rest of the GTA have been declining in tandem since the middle of 2020. Downtown Toronto is down 18.4 per cent year over year, while the GTA declined nearly 12 per cent annually. But month over month, condo rent increased ever so slightly by $0.01, the first monthly increase since June 2020.

The bubble-like conditions in the resale housing market will force some potential buyers to continue renting, while other tenants may become more cautious, anticipating another government intervention, similar to 2017.

Caesars puts pandemic losses at $2B, wants insurers to pay