Average rent in the GTA down almost 13 per cent annually: Report

The average monthly rent in the Greater Toronto Area (GTA) was down almost 13 per cent year over year in September to $2,131, declining for the 10th straight month, according to the latest TorontoRentals.com and Bullpen Research & Consulting Toronto and GTA rent report. 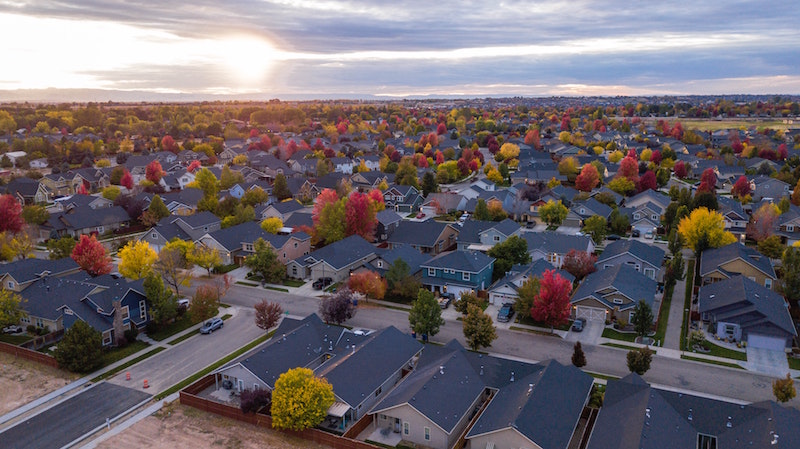 When controlling for bedroom types, one-bedroom suites are down 11 per cent and two-bedroom units are down 9 per cent in the GTA. 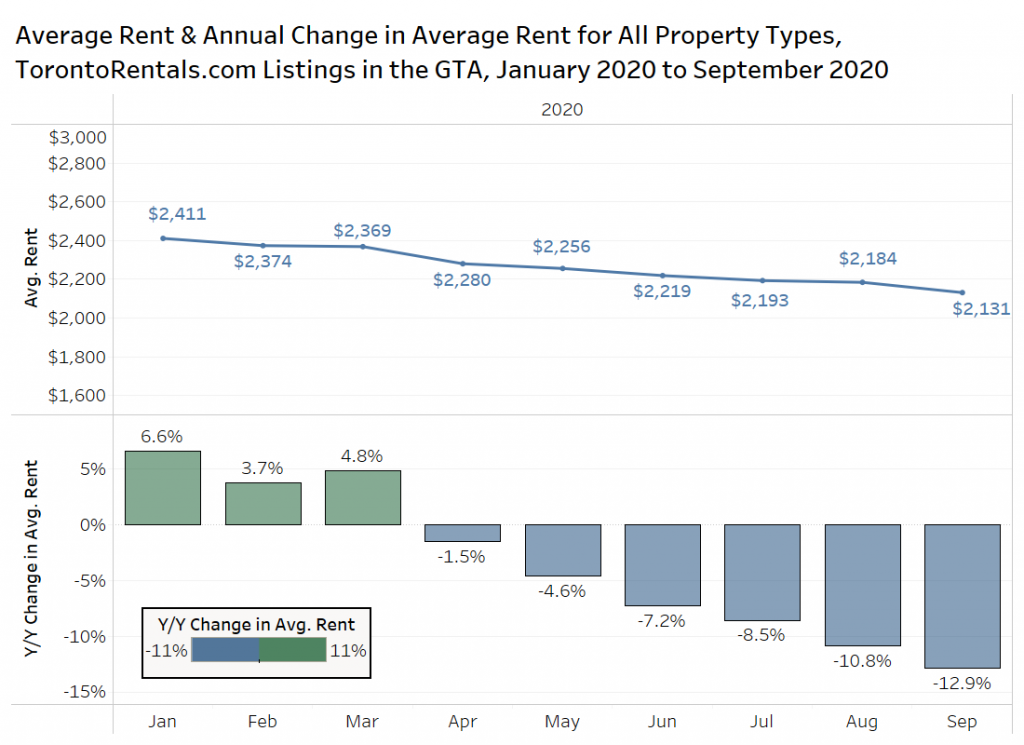 The average monthly rent for rental condos in old Toronto (pre-amalgamation boundaries) in September has declined 16.9 per cent to $2,222 year over year. Rental apartments have seen average rent drop by 6.8 per cent annually to $2,082.

“Centrally located condo rentals in Toronto continue to see significant rent decreases, especially the smallest suites, as tenants look for cheaper units with more space to accommodate their work-from-home needs,” said Matt Danison, CEO of Rentals.ca “Newly completed buildings coupled with a lack of demand has resulted in condo apartment projects built since 2000 seeing an average increase in listings of 80 per cent annually on TorontoRentals.com.” 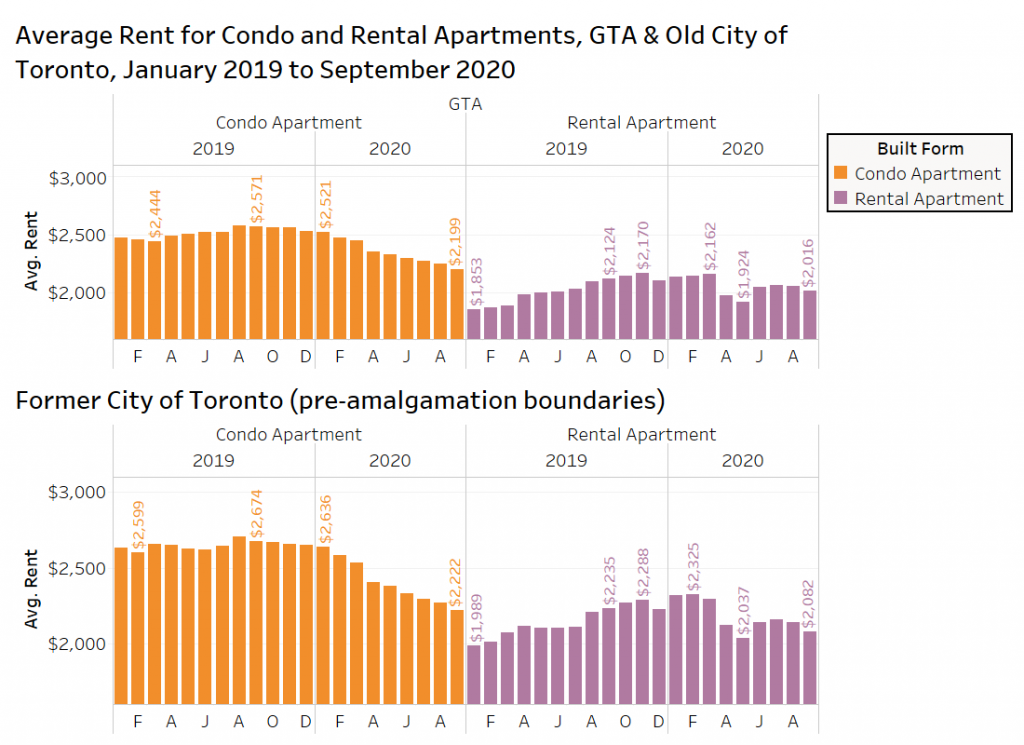 Data shows rents dropping for smaller units in old Toronto with the work-from-home phenomenon, and some urban residents’ desire to find more square footage at a lower price in outlying areas.

“Many younger tenants in the GTA are leaving the region, even if it is only temporarily, to take advantage of much less expensive rent levels in other cities in Ontario,” said Ben Myers, president of Bullpen Research & Consulting. “The average rental rate for a 1,000-square-foot condo in Kitchener is up 34 per cent annually, but is still cheaper than a 500-square-foot unit in Mississauga, Etobicoke, North York or Toronto.” 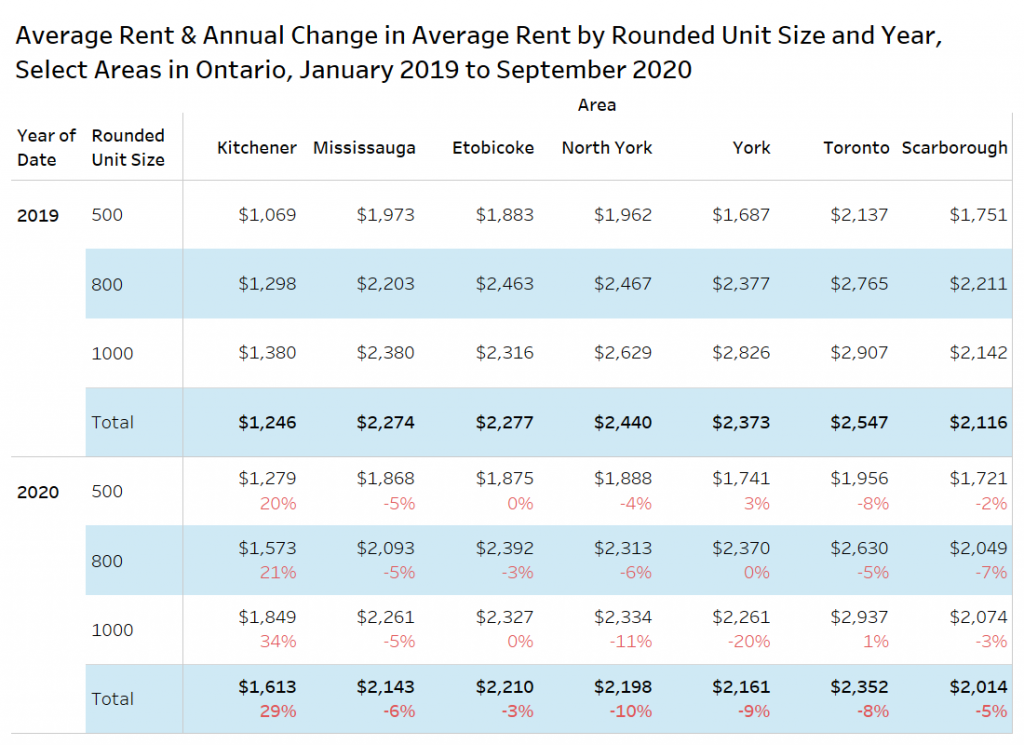 Condominium apartment units under construction in the metro area at the end of September increased 5 per cent year over year to 57,602.

Many of these apartments will be completed in 2021 and 2022, and will continue to add to the supply, which could keep rents lower if a vaccine is not approved during that time. 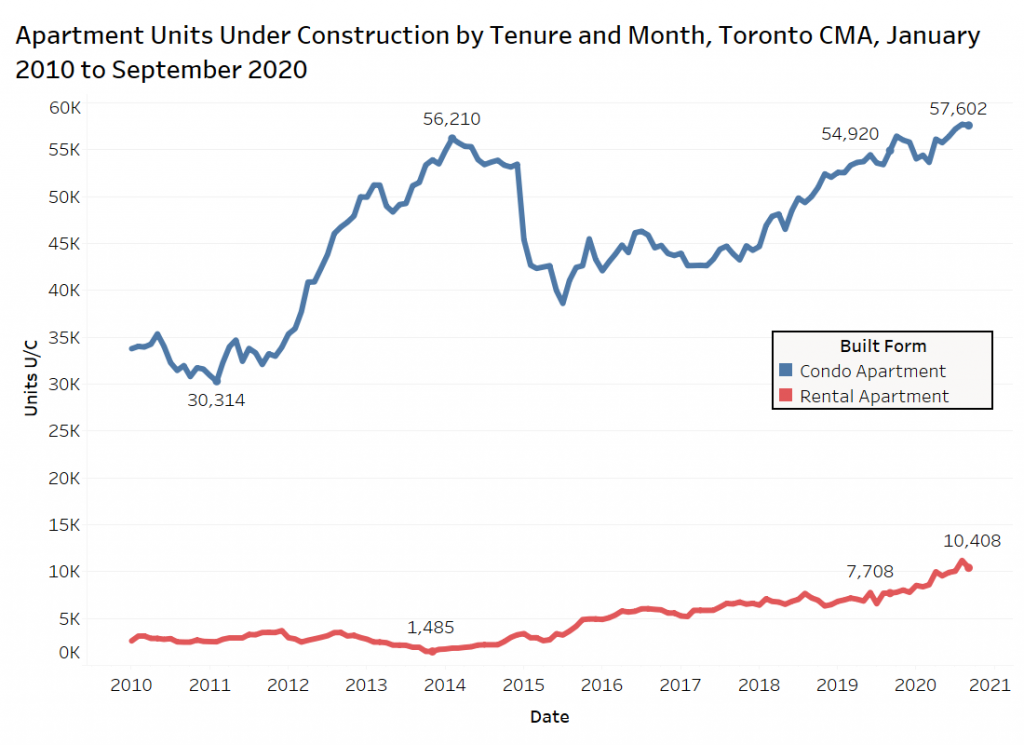 The condo apartment market in the former city of Toronto with an average monthly rental rate of $2,245 per month is down from the August 2019 high of $2,707 — a potential savings for the average prospective tenant of $462 per month.

Listings on TorontoRentals.com for condo rentals in the city of Toronto continue to increase with the decline in demand and increase in supply. For condos completed from 2000 to 2019, the number of listings increased every year. Listings were up 59 per cent with those completed in 2019.