Average rent for all Canadian property types listed on Rentals.ca was $1,934 in July, an increase of  10.4 per cent year over year, according to the Rentals.ca and Bullpen Research & Consulting latest National Rent Report. 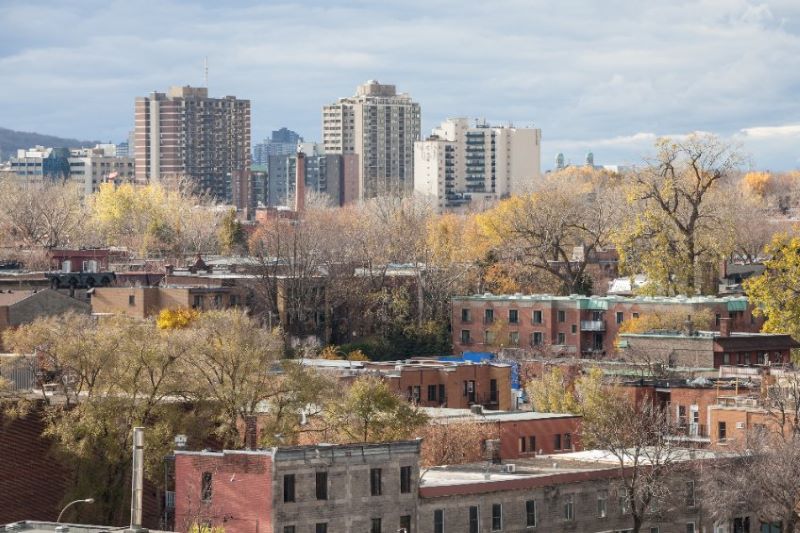 Workers returning to the office are boosting rents in the most expensive central markets in Canada.

Rising interest rates are hitting potential homebuyers with a double whammy of higher mortgage rates, along with the worry of future price declines devaluing their investment.

Higher interest rates are also keeping would-be home sellers from listing their properties, which ultimately leads to higher demand in the rental market. 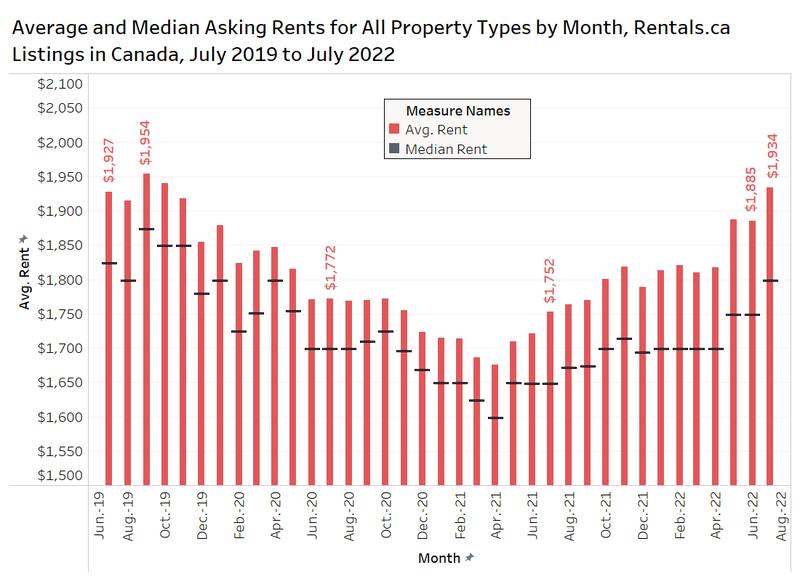 “The 2.6 per cent monthly increase in average rents in Canada is the second highest monthly jump in three years, topped only by the 3.8 per cent rise in May 2022,” said Ben Myers, president of Bullpen Research & Consulting. “Rents were boosted by rent growth of 20 per cent and higher in several major municipalities in Canada, and double-digit growth in a number of the most affordable rental markets, such as Red Deer and Saskatoon.”

Kitchener came in third with an increase of 25 per cent year over year in July to $2,108. 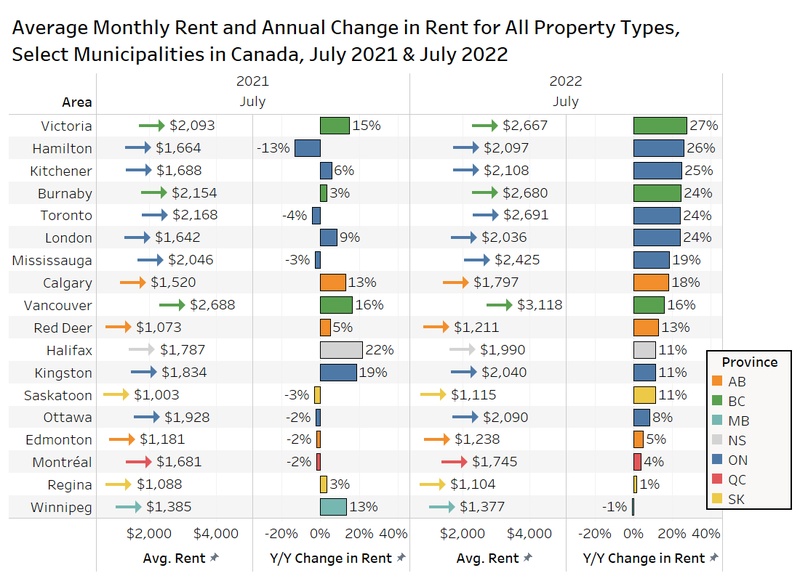 Year over year, average monthly rent in July for a one-bedroom in Montreal was up 8.9 per cent and up 5.7 per cent for a two-bedroom.

On a provincial level, British Columbia had the highest average rents in July at $2,590 per month for all property types, up 19 per cent year over year.

Ontario had the second highest average rents in July at $2,332 per month, an increase of 15.2 per cent annually.

Nova Scotia had the third highest average rent in July of the seven provinces in July at $2,222, but that’s a whopping 25 per cent increase year over year. 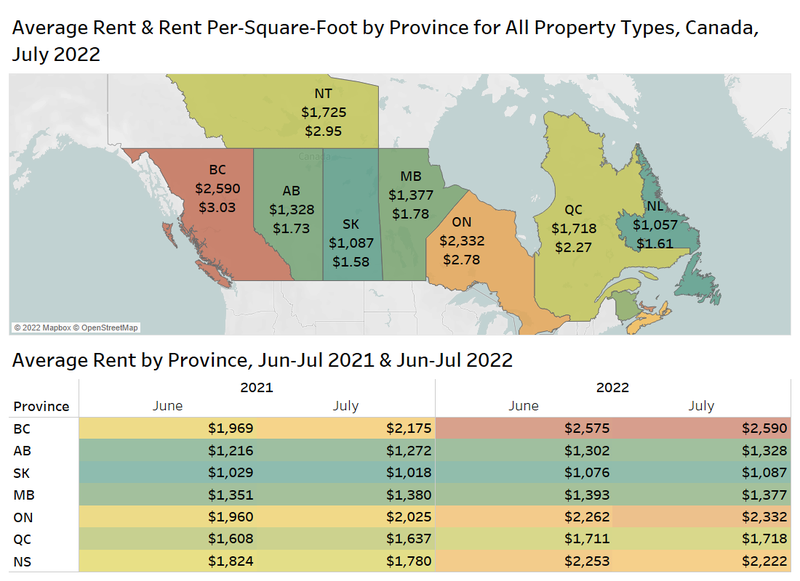 With higher home prices, and higher interest rates helping to increase demand in the rental market, some investors are seeing this as an opportunity to rent out more single-family properties.

Despite worries of large corporations buying many single-family houses to rent, less than 6 per cent of all rental properties listed on Rentals.ca are single-family dwellings, up from 2021, but virtually unchanged from 2020.

But record-high rents for single-family homes in 2022 will attract more investors if house prices in the resale market continue to decline.

Through the first seven months of the year, Vancouver, Toronto, Ottawa, Calgary and Edmonton all have had higher rents in 2022 than in 2021, 2020 or 2019 for single-family houses. 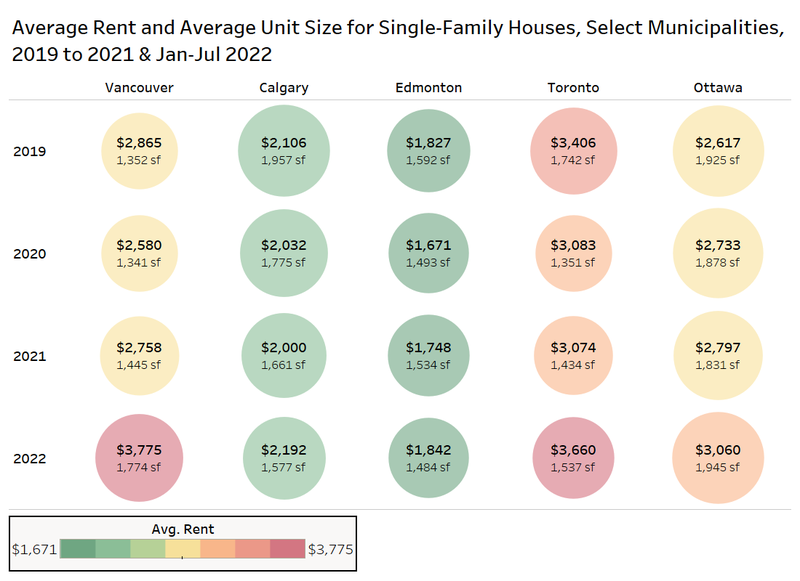 Canadian home sales fall for fifth month in a row, down 29% from last July: CREA