Average Toronto/GTA rents up 6th month in a row: report

For the sixth straight month, rents increased in September in the Greater Toronto Area (GTA) after hitting a two-year low of $1,971 in March, according to the latest Bullpen Research & Consulting and TorontoRentals.com Toronto GTA Rent Report. 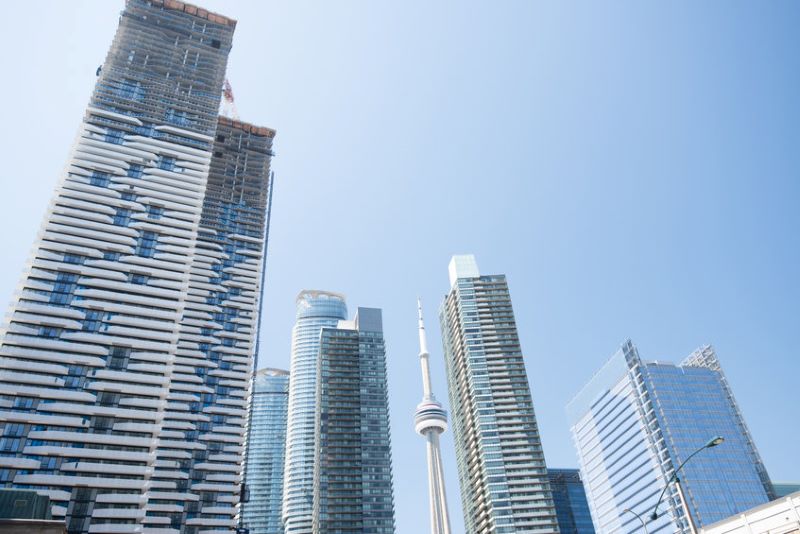 The report reveals a 0.9 per cent average monthly rent increase for all property typesin September to $2,116 from $2,097 in August in the GTA. Average rents were down 0.7 per cent year over year, a big change after being down annually over 17 per cent in January of this year.

According to the report, during the pandemic, condo apartments experienced a significant decline in average rental rates in the GTA, but have recovered quickly heading into September.

Apartments did not experience as drastic a decline, and have slowly increased heading toward the end of 2021. This is evident in the increasing difference in rental rates for condo apartments and rental apartments. 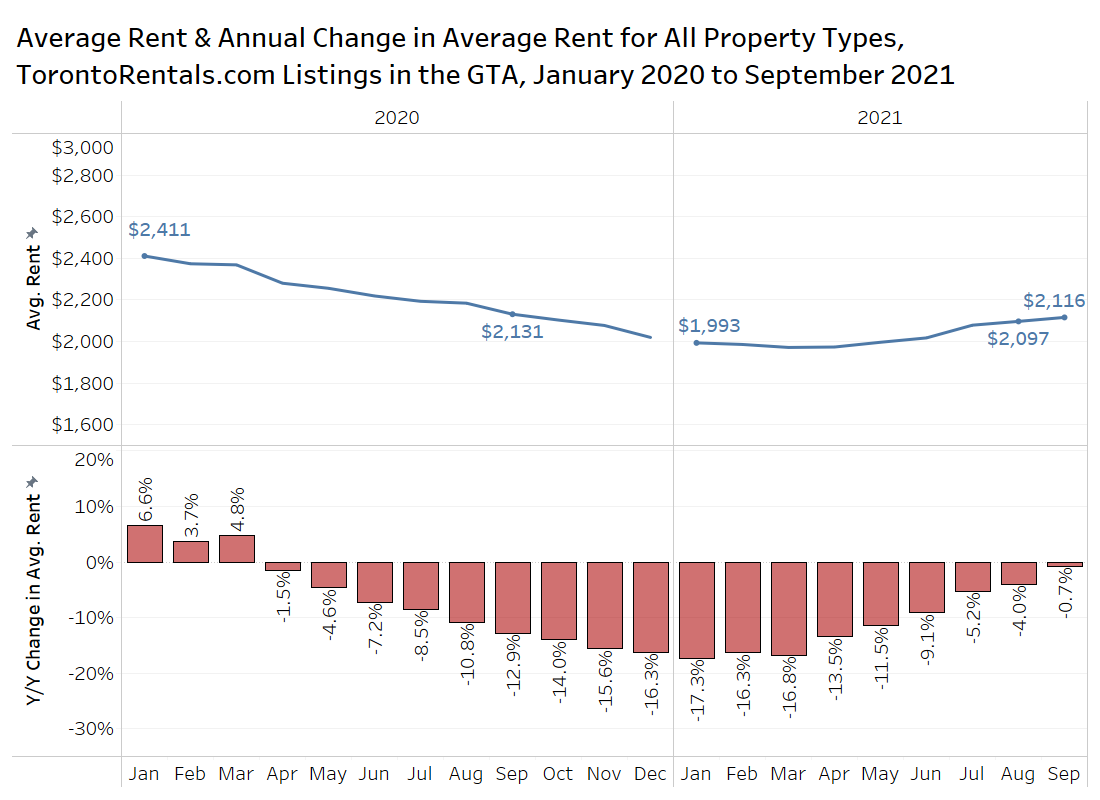 Year over year, average monthly rent for apartments in both Toronto and the GTA declined about 3 per cent in September.

“The rental market in the GTA continues to slowly recover from the significant declines experienced during the pandemic, but average rent levels remain well below pre-COVID levels,” said Ben Myers, president of Bullpen Research & Consulting. “The fall market is typically one of the strongest periods for rent growth and leasing activity, and the condo rental market in Toronto is very hot, with average rent rising 19 per cent between February and September of this year.”

A prospective tenant will have to pay about $80 to $120 more for a one- or two-bedroom unit in the GTA in comparison to the first couple of months of the year. 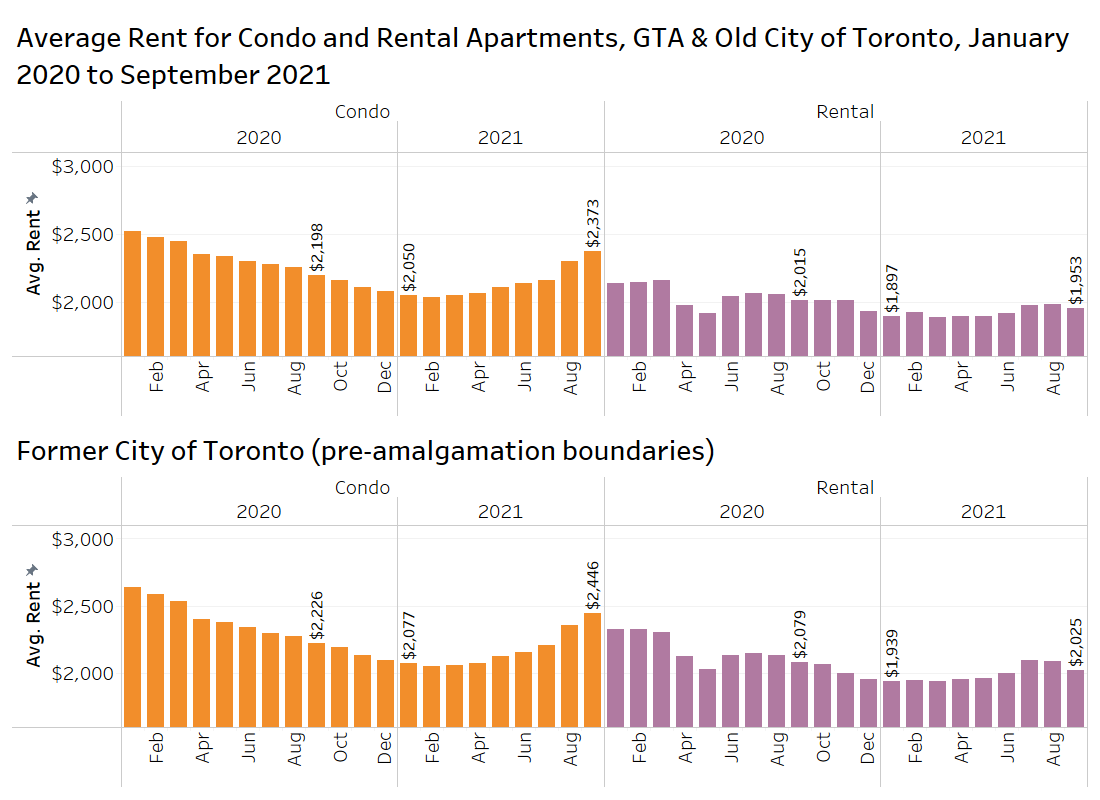 Average monthly rent in the GTA for all property types in September for a one-bedroom unit was $1,834, a 3.8 per cent decline year over year. January posted the highest annual decline in average rental rates for a one-bedroom at 17.7 per cent.

Average monthly rent in the GTA for all property types in September for a two-bedroom unit  was $2,320, a 2.2 per cent annual decline. Two-bedroom units experienced the highest year-over-year decline in March at 16.3 per cent. 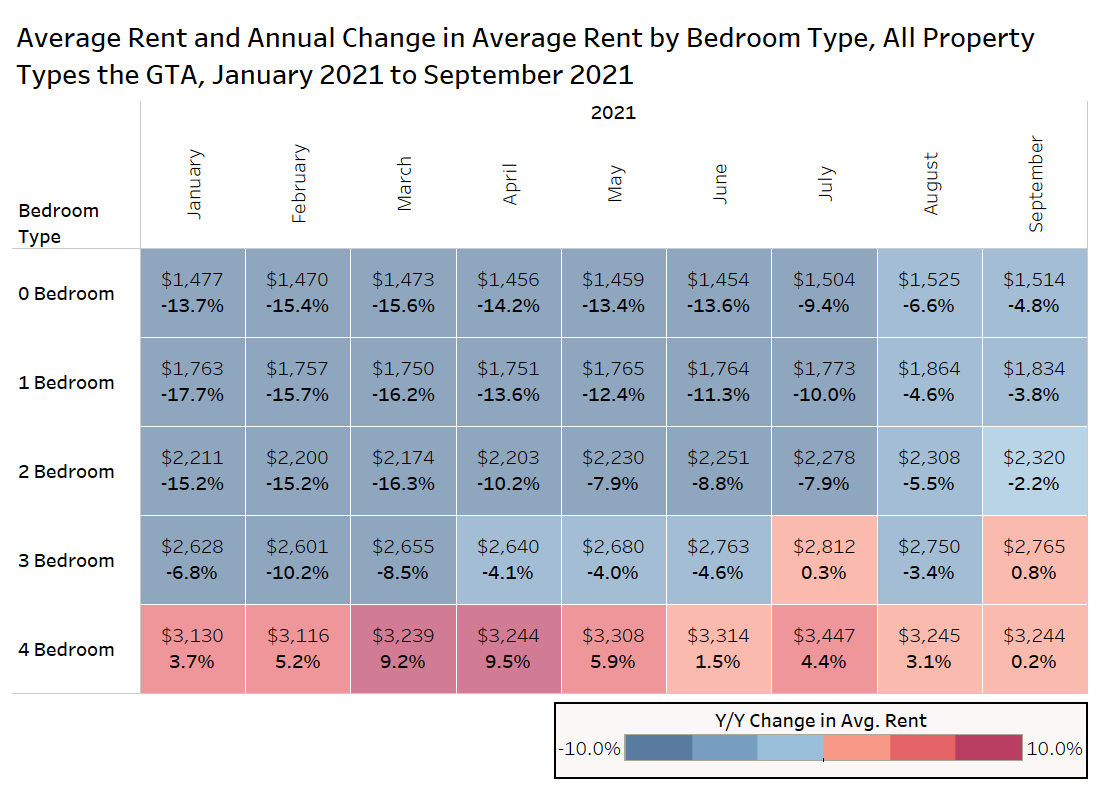 Toronto had the highest average rent per square foot of all the areas in the GTA between July and September based on listings by rounded-unit sizes from 450 square feet to 1,349 square feet for select cities and former municipalities.