OTTAWA — British Columbia’s high housing costs are hitting people from all walks of life, from young professionals who can’t afford down payments, to students and low-income renters, to people living in tents who are afraid they will die homeless, says Canada’s federal housing advocate. 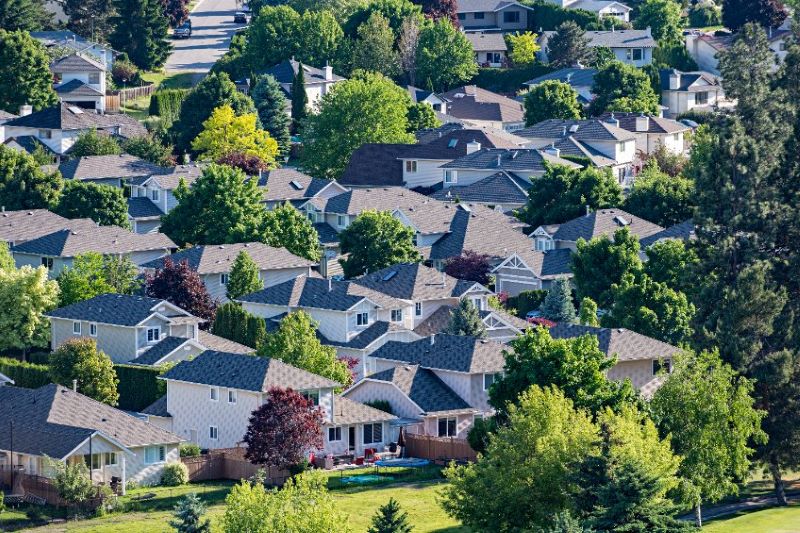 Statistics Canada data published Wednesday said B.C. is leading the country as the province with the highest rate of unaffordable homes.

The data gathered from the 2021 census said B.C. ranks as the most unaffordable province, due largely to the number of people paying high rents to live in the urban centres of Vancouver.

“B.C. at 25.5 per cent and Ontario at 24.2 per cent had the highest rates of unaffordable housing nationally in 2021,” said the report, adding that the measure is based on the proportion of households that spent 30 per cent or more of their income on shelter costs.

“This was largely because of the higher rates of unaffordable housing in the renter-heavy large urban centres of Toronto at 30.5 per cent and Vancouver at 29.8 per cent.”

Marie-Josee Houle, who was appointed Canada’s first federal housing advocate last February, said a two-week fact-finding visit to B.C. this summer left her convinced housing in Canada is not working, with homes now considered more for investment potential than places to live.

“It’s failing,” said Houle, who is preparing a report and recommendations to submit to federal Housing Minister Ahmed Hussen this fall.

The 2019 National Housing Strategy Act declared that “the right to adequate housing is a fundamental human right affirmed in international law.”

“Housing and housing affordability is becoming more and more out of reach for most Canadians,” Houle said in an interview from Ottawa.

“Those who have the least, people who are in core housing need, the result for them is not just, ‘I’ll never be able to save a deposit for a house,’ it’s ‘I will die on the street.”’

Many people in B.C. are spending 50 per cent or more of their income on housing, said Houle.

“What experts are calling financialization is really the commodification of housing as an investment,” she said.

She said she met with housing agency representatives and social advocates in B.C., but also spent time at homeless encampments in Vancouver, Victoria and Prince George.

At Vancouver’s Crab Park, located in the city’s Downtown Eastside, people said negative experiences with supportive housing or single-room rentals left them believing a tent was their only option, Houle said.

“I have not heard that anyone is choosing to live in encampments because it’s cool,” she said. “It’s not a family camping trip. It’s survival.”

At Victoria’s Stadacona Park, Houle said she spoke with a man in his 60s who lost one of his hands in a work accident.

“He is so terrified he’s going to die on the street,” she said.

At an encampment in Prince George known as Moccasin Flats, Houle said she spoke with Indigenous people living with addiction and involved in sex work who are too ashamed or afraid to go back to their family homes despite facing daily trauma on the streets.

Houle said resources available to B.C.’s housing providers for supports are underfunded and municipal governments are too often left trying to deal with serious issues ranging from property maintenance to mental health.

“The fact the (encampments) exist is a manifestation of the failure of the housing system in Canada,” she said.

B.C. posted the third-largest home ownership decline from 2011 to 2021, to 66.8 per cent from 70 per cent, while Prince Edward Island saw the sharpest drop, said the report.

B.C. is also leading Canada in the number of renter households, with Kelowna showing an increase in renters of more than 54 per cent.

The sharp increase in the number of renter households across B.C. indicates people are being forced to reassess goals of home ownership, but could also signal a shift toward prospective homeowners deciding to rent permanently, said Prof. Margot Young, a social economic rights expert at the University of B.C.’s Allard School of Law.

“Is the goal truly best framed as being everyone should own a home?” she said in an interview. “In other countries, renting throughout your whole life span as a cycle of your life is not seen as unusual. Maybe we’re changing that a bit.”

First-time buyers in B.C. are largely choosing condominiums as a “gateway to home ownership,” said the report.

“B.C. had the largest share of condo dwellers among the provinces in 2021, with 23.6 per cent of households calling a condo home,” the report said.

That includes 32.5 per cent of households in Vancouver.

The report said most tenant-occupied condominiums are owned by individuals, likely as investment properties.

“According to the Canadian Housing Statistics Program, over three-quarters, more than 77 per cent, of the condos in B.C. and more than two-thirds, almost 70 per cent, of those in Ontario that were not being lived in by the homeowner were owned by individual Canadian investors,” said the report.

It also showed that improvements in household incomes across Canada are reducing core housing need, but almost 1.5 million Canadians still live in conditions defined as unsuitable, inadequate or unaffordable.

“The poorer you are, the more difficulty you have in accessing affordable housing,” said Young, adding that she was not surprised B.C. ranked as the most unaffordable housing province after years of rising prices and low vacancy rates.

“The rental rates for single-room occupancies, which arguably are lived in by some of our most vulnerable and poorest citizens, are very high, disproportionately high.”