Bank of Canada cuts rate target to 0.75 per cent in response to COVID 19

OTTAWA – The Bank of Canada is cutting its overnight rate target by half a percentage point to 0.75 per cent in response to COVID-19.

”It is already clear that the spread of the coronavirus is having serious consequences for Canadian families, and for Canada’s economy,” governor Stephen Poloz said. 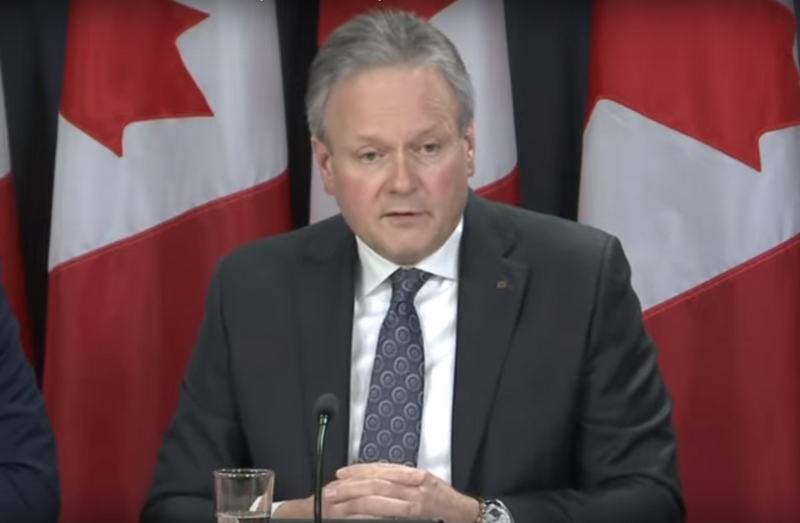 ”In addition, lower prices for oil, even since our last scheduled rate decision on March 4, will weigh heavily on the economy, particularly in energy intensive regions.”

The cut follows a decision last week by the Bank of Canada to cut its key interest rate by half a percentage point.

The central bank made the rate announcement as part of a package of measures announced by the federal government.

He said it was an effective tool during the 2008 financial crisis and will be again now.

Morneau said he’s also been in touch with CEOs of the major banks, who told him they will ”support businesses and individuals” with fairness and compassion.

By cuttings its overnight rate target, the central bank hopes to boost the economy by prompting the large banks and financial institutions to cut their prime lending rates.

The Bank of Canada moved Thursday with an expansion of its bond buy-back program and term repo operations to proactively support interbank funding.

In addition to the rate cut Friday, the central bank moved to help support a key funding market for small- and medium-size businesses.

”The Bank of Canada is taking concerted action to support the Canadian economy during this period of economic stress. The bank’s Governing Council stands ready to do what is required to support economic growth and keep inflation on target, and we will continue to ensure that the Canadian financial system has sufficient liquidity,” Poloz said.

The central bank said it will provide a full update of its outlook for the Canadian and global economies on April 15.

The rate cut comes as private-sector economists have warned that Canada is heading into a recession later this year because of the economic shock of COVID-19 and a sharp downturn in oil prices.

Prime Minister Justin Trudeau earlier Friday that Ottawa was looking at ways to get money directly into the pockets of Canadians so they can cover their bills should their lives be upended by COVID-19.

He said help would be targeted to vulnerable Canadians, as well as help to small businesses and workers who see disruptions in their earnings.

Trudeau said the government’s focus is on ensuring that Canadians have the resources and money they need to not have to stress about rent and groceries if they can’t go to work.

The Liberals had promised to deliver a budget on March 30, but the House of Commons has now agreed not to sit until late April to prevent the spread of the novel coronavirus disease.

Canada has recorded more than 150 COVID-19 cases and one death in a pandemic that has swept much of the world.