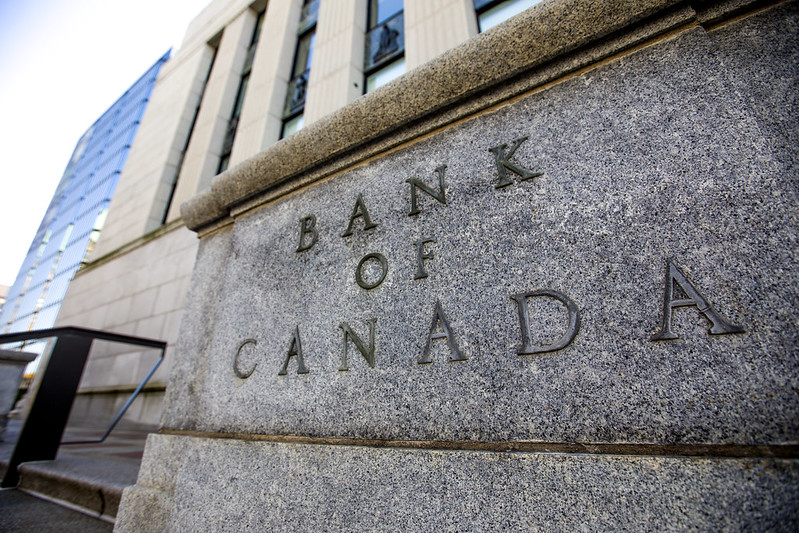 OTTAWA – The Bank of Canada delivered what it expects to be its last interest rate hike of the cycle as it pauses to assess the effects of higher rates on the economy.

The central bank raised its key interest rate by a quarter of a percentage point Wednesday, marking the eighth consecutive hike since March in the face of decades-high inflation.

BREAKING! #bankofcanada raises rates to 4.50%, matching the terminal rate during the 2005-2007 hiking cycle.

In a news release, the Bank of Canada said the Canadian economy is still overheated, prompting its governing council to raise interest rates once again.

However, if economic developments stay in line with its current projections, the central bank said it expects to hold its key interest rate at its current level.

“To be clear, this is a conditional pause,” Governor Tiff Macklem said at a news conference Wednesday.

“If we need to do more to get inflation to the two per cent target, we will.”

TD director of economics James Orlando said the Bank of Canada had to keep the option of raising rates again on the table so that financial conditions remain tight and spending is restrained.

The rate hike Wednesday comes after months of inflation slowing in Canada. After peaking at 8.1 per cent in the summer, the country’s annual inflation rate has steadily declined and reached 6.3 per cent in December.

The Bank of Canada also published its latest monetary policy report Wednesday, providing updated projections for the economy and inflation.

According to the report, the central bank expects inflation to slow faster than it had previously anticipated. It’s forecasting the annual inflation rate will fall to three per cent by mid-2023 and to its two per cent target in 2024.

The slowdown in inflation has been attributed to declines in energy prices as well as easing in global supply chain disruptions.

📺Watch this video for a quick overview of the latest trends in the #economy and inflation.

Orlando said economists are becoming more confident that inflation will in fact slow considerably this year.

“Everything is in place for inflation to continue to decelerate,” he said.

At the same time, the labour market is still tight and inflation expectations among businesses and consumers are still elevated, the central bank said.

Statistics Canada’s latest labour force survey revealed unemployment in Canada is near historical lows, with the unemployment rate at five per cent in December.

While the Bank of Canada has previously raised concerns about strong wage growth potentially feeding into inflation, it now says risks around a wage-price spiral have declined as wage growth has plateaued.

In the months to come, higher borrowing costs are expected to slow activity more noticeably because of businesses and consumers pulling back on spending.

As this process unfolds, the Bank of Canada projects growth in the economy will stall through the first half of the year before picking back up toward the end of the year.

While Macklem would not comment Wednesday on when the central bank may begin cutting rates, Orlando said markets are already trying to guess.

As both the economy and inflation slow, the economist said the central bank will have to switch gears and start cutting rates.

“They have to find balance between making sure inflation comes down to a reasonable level and overtightening,” he said.

TD expects the Bank of Canada to begin slashing rates at the end of 2023.

Globally, the central bank said growth has been stronger than expected as consumers have continued to spend.

Although the central bank is focused on excess demand in the domestic economy, it notes that global factors could continue to affect inflation.

Uncertainty in geopolitics amid the ongoing war in Ukraine is also another risk factor, the central bank noted.

Domestically, it says price growth for services could be stickier than expected.

While risks around inflation remaining higher than anticipated are of greater concern to the Bank of Canada, it notes that a severe global slowdown could pull the economy in the other direction more rapidly.

However, it estimates the risk of a severe global downturn to have declined in recent months.

Bank of Canada raises the Overnight Target Rate to 4.50%, as expected.

Better find myself a Twinkie 🤮 pic.twitter.com/L9GFOKjxha

HUGE Bank of Canada announcement…. “could” be the last rate hike. $CAD pic.twitter.com/puoTvwk39m

While the #BankofCanada claims it will hold rates following today’s 25 bps hike, the central bank isn’t done until the Federal Reserve Board is done. Otherwise Canadians can look forward to a 70 cent dollar and even higher grocery price inflation this year than last.

The @bankofcanada raised its main policy rate to 4.5%. The highest since 2007 and the most rapid increase since 1995. https://t.co/wCPzT1V36n #cdnecon

Bank of Canada forecasts inflation to be at the 2.5-3 range by the end of the year. Persistently high inflation in shelter costs (rent, mortgage interest) offset somewhat by deflation in energy prices. pic.twitter.com/A9GSeCHqIO

Considering their outlook for the economy, the BANK OF CANADA PAUSES, while saying they could still increase if needed. Explicit pause in the statement is a surprise. In our opinion, it opens the possibility of cuts later this year if the data disappoints versus their forecast.

On WSJ wires: The Bank of Canada raised interest rates on Wednesday by a quarter point, to 4.50%, and said it would now pause to assess the economic impact from sharply higher borrowing costs.

This report by The Canadian Press was first published Jan. 25, 2023.

Interest rate hikes: The Bank of Canada’s ‘resolute’ fight against inflation could threaten its credibility