Bank of Canada keeps key interest rate target on hold at 0.25 per cent 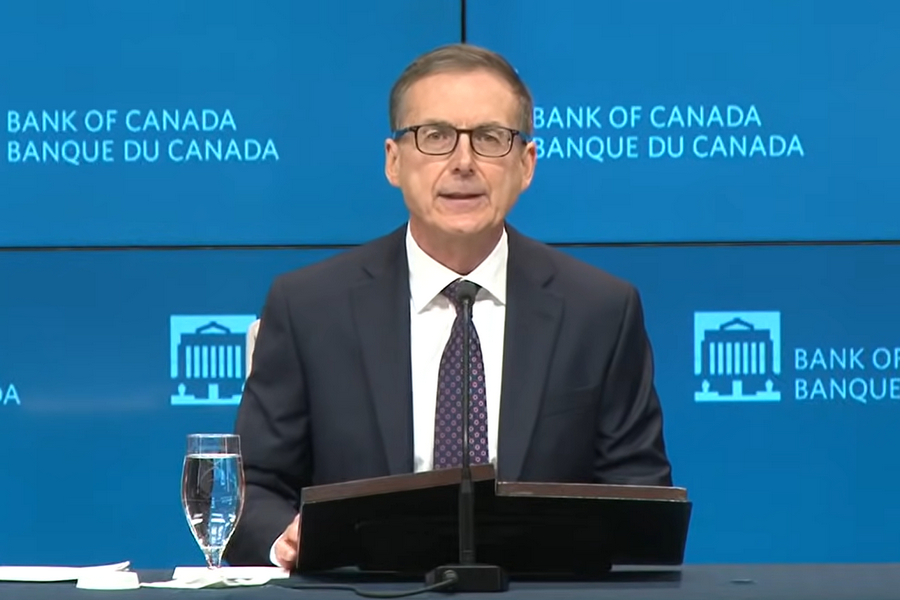 OTTAWA – The Bank of Canada is keeping its key interest rate target on hold at its rock-bottom level of 0.25 per cent.

In a statement, the central bank also said Wednesday it doesn’t expect to raise the trendsetting rate until some time between April and September next year, which is unchanged from its previous guidance.

The Bank of Canada also warned that high inflation rates will continue through the first half of next year.

The central bank said it won’t be until the second half of 2022 that inflation falls back toward its comfort zone of between one and three per cent.

By the end of next year, the bank is forecasting the annual inflation rate to fall to 2.1 per cent.

The bank said it is keeping a close eye on expectations for price and wage growth to make sure they don’t create a spiral of price increases.

Bank of Canada: “The Bank continues to expect CPI…to remain elevated in the first half of 2022 and ease back towards 2% in the second half of the year.”

Business owners are expecting to raise prices by almost 4.5% in the next year. Over half expect to raise by more than 5% pic.twitter.com/Ka9plOa7JV

“The bank is closely watching inflation expectations and labour costs to ensure that the forces pushing up prices do not become embedded in ongoing inflation,” it said in announcing its interest rate decision.

The announcement marked the last scheduled rate announcement for 2021 from the central bank amid a flurry of strong, recent economic indicators.

Statistics Canada reported last week that the economy grew at an annualized rate of 5.4 per cent in the third quarter of the year, a hair below what the Bank of Canada forecasted in October.

The bank noted in its statement that the growth brought total economic activity to within about 1.5 per cent of where it was in the last quarter of 2019 before COVID-19 washed upon Canada’s shores.

Similarly, the labour market had a stronger-than-expected showing in November, pushing the share of core-age workers with a job to an all-time high and leaving the unemployment rate 0.3 percentage points above its pre-pandemic level in February 2020.

All of that suggests the economy had “considerable momentum into the fourth quarter,” the bank said.

Still, the bank notes headwinds from devastating floods in British Columbia and uncertainties from the Omicron variant that “could weigh on growth by compounding supply chain disruptions and reducing demand for some services.”

The Bank of Canada “continues to expect CPI inflation to remain elevated in the first half of 2022 and ease back towards 2% in the second half of the year.”

Back in Dec 2020, the Bank of Canada told everyone they were going to use QE to increase inflation.

Now they're pretending they have no idea what caused it. 🤣 pic.twitter.com/OPPtutjhNO

*BANK OF CANADA DROPS REFERENCE TO INFLATION FORCES AS TEMPORARY

Before this decision, markets were pricing in five quarter-point hikes next year, with a 50%+ chance of the first one by January.

Roger Quick, Scotia Rates Strategist re: the CDN bond mkt in a note today: “If 1-year yields are correctly pricing how [Bank of Canada]rates are going to evolve in the 1st year, then 2-yr yields are pricing a fairly abrupt pause in year 2 of the cycle, and even a cut by mid ’23”