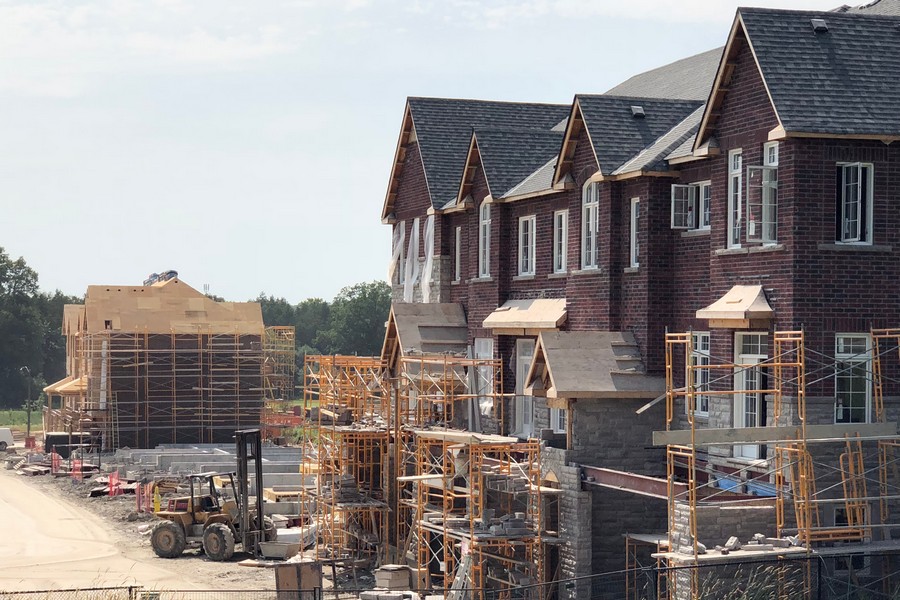 OTTAWA – Economists say the Bank of Canada is still on track for another oversized rate hike on Wednesday after the latest Statistics Canada data showed the pace of economic growth slowed in the first quarter.

The federal agency said Tuesday real gross domestic product grew at an annualized rate of 3.1 per cent in the first quarter, helped by business investment and household spending.

The result was down from an annualized rate of 6.6 per cent in the fourth quarter of 2021 as export volumes dropped 2.4 per cent for the quarter, following two consecutive quarterly increases, due in part to decreased trade in energy products.

Paul Ashworth, chief North American economist at Capital Economics, said the growth for the first three months of the year was well below the consensus estimate, but broadly in line with the Bank of Canada’s April monetary policy report.

“The unexpected weakness in first-quarter GDP growth was principally due to a downward revision to the January data, which now shows a 0.2 per cent month over month decline, as the Omicron-related restrictions had a bigger impact than previously thought,” Ashworth wrote in a report.

However, he said the real economy remains on a strong footing, which means the Bank of Canada can press ahead with raising its key interest rate by half a percentage point on Wednesday.

The Bank of Canada is expected by economists to raise its key interest rate target by half a percentage point to 1.5 per cent in its decision Wednesday in an effort to slow inflation which is running at its hottest pace in three decades.

The annual inflation rate hit 6.8 per cent in April, its highest level since January 1991, while the Bank of Canada has a target of two per cent for the annual rate.

The central bank, which slashed interest rates at the start of the pandemic, began raising its key rate earlier this year with a quarter-point hike in March and another half a percentage point in April.

The overall growth for the first quarter came as the economy grew 0.7 per cent in March and Statistics Canada said its preliminary reading for April indicates the economy grew 0.2 per cent for the month, but cautioned the figure would be revised when it releases its official figure on June 30.

RSM Canada economist Tu Nguyen said the lower-than-expected figures for the first quarter won’t likely change anything for the Bank of Canada because growth is still solid.

“And when we pick out the export figures in the first quarter, we see that domestic demand among businesses and consumers is still very solid, and I think that’s where the Bank of Canada is basing its decision on,” she said.

And Nguyen added COVID restrictions have continued to loosen, so the services sector will likely continue to pick up as things return to full capacity.

Spending on durable goods gained 2.6 per cent in the first quarter, helped by a 16.1 per cent increase in spending on new passenger cars and a 3.5 per cent gain for new trucks, vans and sport utility vehicles. However, Statistics Canada noted that despite the increases, spending on automobiles remained lower than pre-pandemic levels, as supply chain issues continued to hurt the auto sector.

Statistics Canada also said compensation of employees rose 3.8 per cent on a nominal basis for the quarter. Excluding the third quarter of 2020, it said it was the largest quarterly increase since the second quarter of 1981.

The agency said significant wage growth was seen across the economy, including in professional and personal services, trade, manufacturing, health care and social assistance and construction industries.

“That’s not what the bank wants at all, so they will be trying to hamper that down and trying to control long run inflation expectations,” she said.

This report by The Canadian Press was first published May 31, 2022.