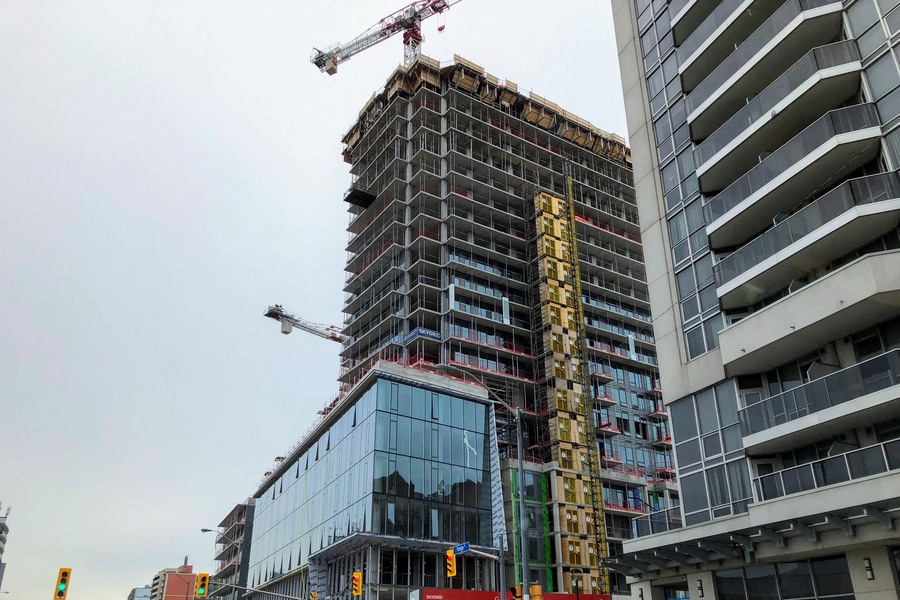 OTTAWA – Canadians should expect interest rates will climb even higher, the Bank of Canada said Wednesday after announcing another supersized interest rate hike.

The central bank raised its key interest rate by three-quarters of a percentage point and signalled this won’t be the last increase as it continues its battle against high inflation.

The rate hike, which followed a full percentage point increase in July, was in line with what many economists were expecting and brought the bank’s key rate target to 3.25 per cent. The increase will feed into other lending rates, making it more expensive for Canadians and businesses to borrow money.

While a debate has been bubbling about whether this will be the last interest rate hike of the year, the Bank of Canada was clear that more increases may be needed to bring inflation down to its two per cent target.

Typical impact: Monthly payments will jump about $42 per $100k borrowed on a new variable or adjustable rate mortgage—assuming a 25yr amortization.

“Given the outlook for inflation, the governing council still judges that the policy interest rate will need to rise further,” the bank said in its announcement.

“As the effects of tighter monetary policy works through the economy, we will be assessing how much higher interest rates need to go to return inflation to target.”

“The notion that they feel they have to keep going higher tells you that they’re having trouble cooling the economy down enough to take down inflation,” Caranci said.

TD is now forecasting the Bank of Canada will take its key interest rate to four per cent.

“Given the outlook for inflation, the Governing Council still judges that the policy interest rate will need to rise further….remains resolute in its commitment to price stability and will continue to take action as required to achieve the 2% inflation target”
–@bankofcanada

Economists often caution that the full effect of interest rate hikes on the economy takes time to manifest. Caranci said it’s trickier to forecast what the effect of these interest rate increases will be because there isn’t much historical experience with a rate hike cycle as rapid as this one.

“I think many economists are quite nervous at the speed at which they’re raising interest rates. It is one of the fastest rate hikes cycles we’ve had in history,” Caranci said.

The move Wednesday is the fifth consecutive interest rate increase this year, pushing the bank’s key rate above the what it calls the “neutral range” between two and three per cent.

If the rate increases lead to a recession, Caranci said the central bank may head in the opposite direction and start cutting interest rates.

In the rate announcement, the Bank of Canada said global inflation remains high because of global supply chain disruptions, the effects of COVID-19 and the war in Ukraine.

Domestically, the bank said the economy continues to operate in “excess demand.”

On WSJ wires: “The Bank of Canada on Wednesday delivered another hefty increase to its main interest rate, taking it above 3% for the first time in over 14 years, and said rates need to go higher to tame inflation.”

The Bank of Canada, along with central banks around the world, has been raising interest rates in an effort to cool sky-high inflation after slashing its key rate to near-zero at the start the pandemic.

Inflation moved higher in the first place in part because central banks around the world were engaging in stimulative policies at the onset of the pandemic, said William Robson, CEO of the C.D. Howe Institute. Now, as they act in unison to quash inflation, the risk is on the other end.

“All of the central banks now are moving to be more restrictive,” said Robson. “If economies everywhere start to soften a lot at the same time, then that to my mind sort of amplifies the risk that we could have a recession.”

CIBC, which had been predicting the Wednesday rate hike would be the last one of the year, changed its forecast after the rate announcement to account for another increase in October.

“The BoC appears ready to sacrifice more growth than we expected to get inflation falling on a faster trajectory,” CIBC chief economist Avery Shenfeld wrote in a note.

However, the bank says its core measures of inflation, which tend to be less volatile, continues to move up while short-term inflation expectations remain high.

“The longer this continues, the greater the risk that elevated inflation becomes entrenched,” the Bank of Canada said in its news release.

Central banks tend to worry when people and businesses expect inflation to remain high because it can lead to a self-fulfilling prophecy: businesses set future prices higher, while workers negotiate future wage increases to match up with their expectations of inflation.

The Bank of Canada expects the economy to slow in the second half of this year as global demand weakens and higher interest rates dampen economic activity domestically.

The bank said it is complementing interest rate hikes with the continuation of quantitative tightening.

Following BoC rate hike, essentially every new mortgage borrower will have to qualify at a minimum of 7%.

If you’re on a variable rate your mortgage increases by about $40 for every $100k borrowed.

“we remain steadfast in our belief that the Canadian economy is headed for trouble and the Bank of Canada’s monetary policy tightening campaign will be stopped dead in its tracks (or even reverse course) before year-end” @EconguyRosie https://t.co/6YPnLWtfI5

And there we have it. RBC and TD lift their prime rates by 75 bps to 5.45%, effective tomorrow. The other Big 6 banks should copy them before day's end.https://t.co/qxWcZ61Ym8https://t.co/YVinu94rzR