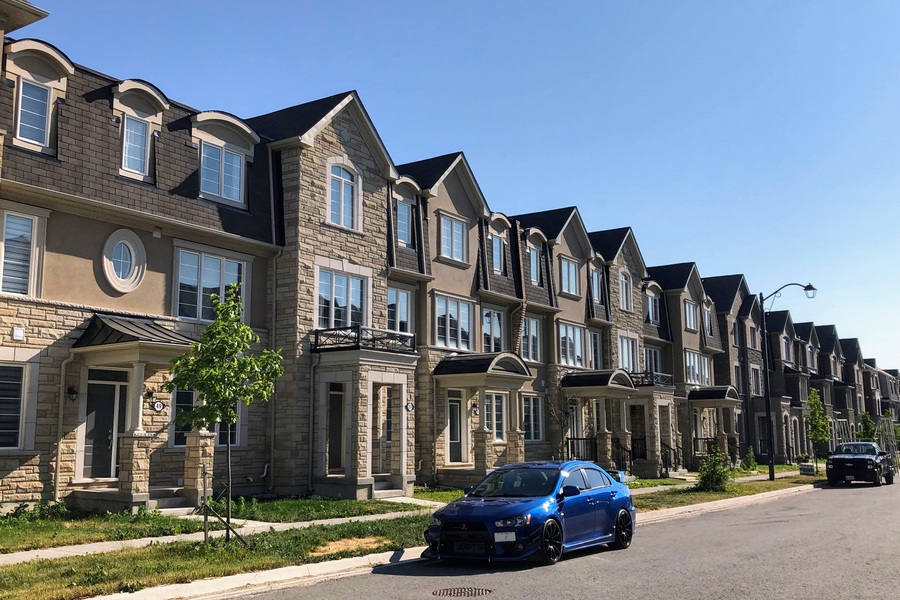 OTTAWA – A pair of new reports from the Bank of Canada point to rising inflation expectations by Canadian businesses and consumers.

In its business outlook survey released Monday, the central bank said businesses’ expectations for near-term inflation have increased, and firms expect inflation to be high for longer than they did in the previous survey.

“Many firms continue to report plans for raising wages to attract and retain workers,” the bank said in its report which suggested businesses expect wages and prices to grow at a faster pace.

“In addition, a growing number of businesses mentioned the rising cost of living as an important source of wage growth. Nearly half of firms anticipate their wage increase will remain above pre-pandemic levels beyond the next 12 months.”

Wages (balance of opinion*): Over the next 12 months, are increases in labour costs (wages per hour) expected to be higher, lower or about the same rate as over the past 12 months? Average expected wage increase (year-over-year percentage change): What do you expect your average wage increase to be next year?

Economists at CIBC said the surveys of businesses and consumers suggest continued supply shortages, high inflationary pressures and a rise in households’ longer-term inflation expectations that will keep the Bank of Canada on track to raise interest rates by three-quarters of a percentage point at its next meeting.

“Businesses suggested that higher prices and interest rates may potentially affect the viability of their investment plans, but that was not occurring yet,” CIBC’s Andrew Grantham and Karyne Charbonneau wrote in report.

The business outlook survey also said businesses expect sales growth will begin to slow and return to normal following the rapid recovery from the pandemic.

Labour shortages and supply chain bottlenecks continue to be key issues with supply chain problems taking longer to resolve than previously anticipated, according to the report.

In response, the business outlook survey said businesses are reconfiguring supply chains and holding more inventory than usual as well a majority of firms are planning to invest and hire more.

However, the Bank of Canada said longer-term expectations for inflation by businesses remain stable between two and three per cent.

The report also noted that capital expenditures in the energy sector will grow but are expected to fall short of past highs with investments in new projects less robust than it was in previous commodity price booms.

“After many years of financial stress, most producers are using the current revenue windfall to improve their balance sheets, reduce their debt and pay dividends to shareholders,” the report said.

Meanwhile, the bank’s Canadian survey of consumer expectations suggests consumers’ expectations for inflation have also risen with worries about prices for food, gas and rent.

The bank noted that lower-income Canadians and older individuals are more concerned about grocery prices and rent than younger respondents and households with higher incomes.

Consumers, especially those with lower incomes, are adjusting to high inflation by cutting spending, postponing major purchases, looking for discounts and options for cheaper alternatives, it said.

“Some consumers mentioned sticking to a strict budget for groceries by buying more generic products or not buying items deemed less necessary. Some are relying more on gardening for food or using cheaper forms of commuting, like biking,” the report said.

However, the report also found that most respondents think the Bank of Canada has the credibility and tools to bring inflation back under control and their belief in the bank’s ability to achieve its inflation target has not changed materially since before the pandemic. 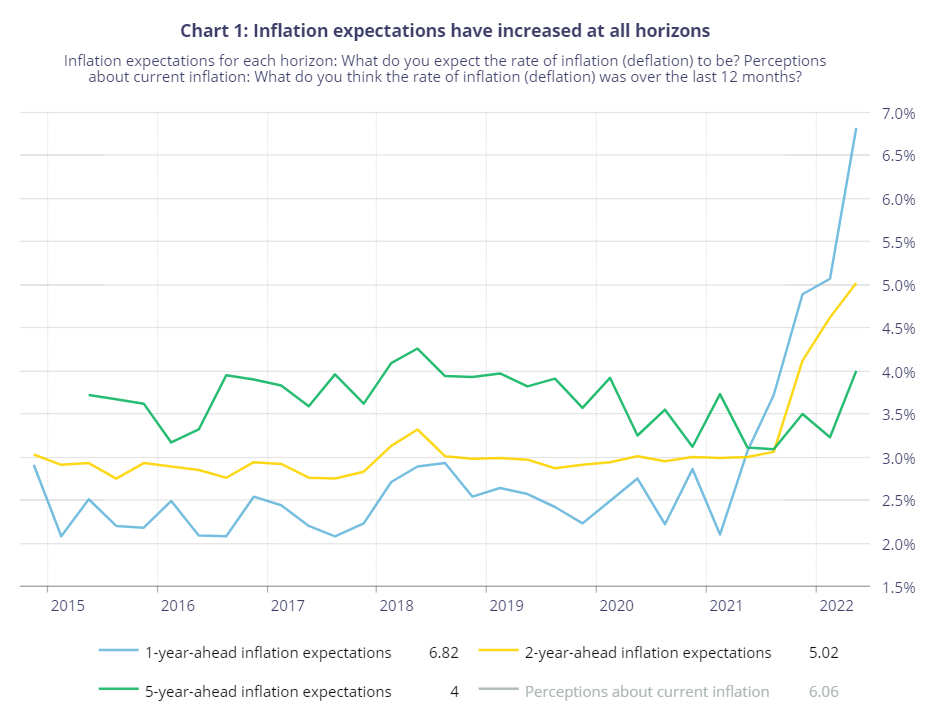 Statistics Canada reported last month that the annual pace of inflation for May rose to 7.7 per cent, its highest level since 1983.

The Bank of Canada has been raising its key interest rate target in an effort to bring inflation back to its target of two per cent.

The central bank has raised rates three times this year so far to bring its key policy rate to 1.5 per cent. Its next interest rate decision is set for July 13 and many private sector economists expect the Bank of Canada to raise its key rate by three-quarters of a percentage point.

RBC assistant chief economist Nathan Janzen said the Bank of Canada is concerned that longer-run inflation expectations could come unhinged, making it more difficult to bring inflation back to target.

“To prevent that outcome, moving rates higher from still-low levels currently is an easy call to make and we expect today’s survey only further raises the odds that the central bank will follow the U.S. Fed with at least a 75 basis point hike in July,” Janzen wrote in a report.