Benchmark lumber prices jump to a record US$1,000 despite slowdown in sales volumes

CALGARY – Homebuyers and renovators hoping for a mid-winter price slump are instead being greeted with new all-time record high prices for lumber and oriented strandboard (OSB) building panels. 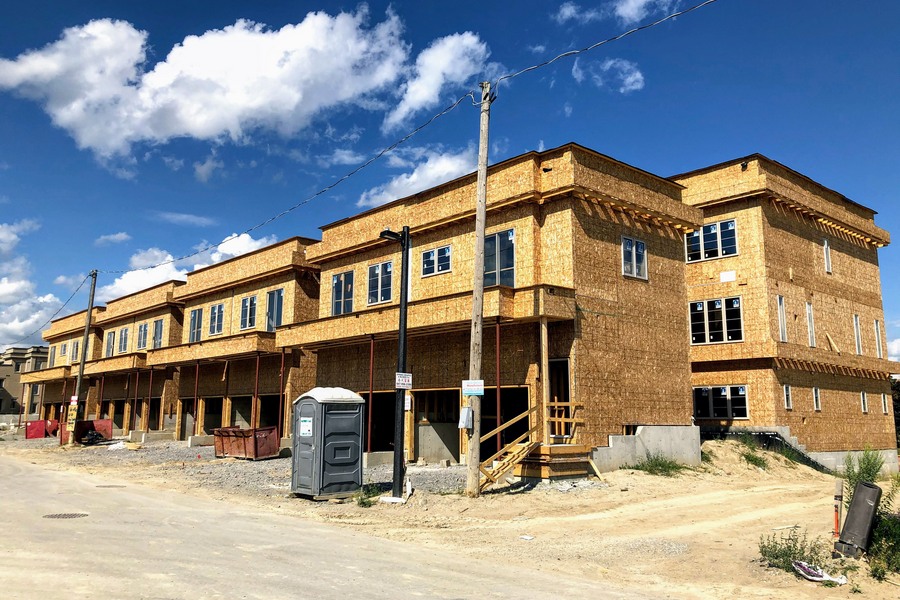 Western SPF (spruce, pine, fir) lumber prices rose to a four-digit close for the first time on Tuesday, reaching US$1,000 per thousand board feet, according to a report from CIBC analyst Hamir Patel, citing market watcher Random Lengths.

“The trade magazine pointed to a moderation in sales pace due to cold weather, but prices continued to trend higher,” Patel wrote.

“Mills also had difficulty shipping orders given the snow and cold temperatures, while heavy rain hampered logging in some regions.”

The North American composite lumber price rose about one per cent to an all-time high of US$979, he said.

Meanwhile, the price of benchmark North Central region OSB panels increased by 1.2 per cent from Friday to a record US$845 per thousand square feet, while OSB pricing in Western Canada improved by the same percentage to an all-time high of US$870.

The impact of higher prices are affecting producers as well as consumers.

As #lumber prices soar, home builders are seeing more first-time homebuyers walk away from purchases as they are priced out. NAHB Second Vice Chair Alicia Huey shares her experiences in the market. Share your stories with us at https://t.co/1LoOb2mlAn. #HousingAffordability pic.twitter.com/fGZWXVBd2T

On Tuesday, Louisiana-Pacific Corp. announced a plan to restart production at the Peace Valley OSB Mill in Fort St. John, B.C., which was shut down in 2019 because of low prices at the cost of about 200 jobs.

“Long-term demographic data and a structural undersupply of housing suggests continued tailwinds for demand. As a result, we have begun the process to restart production of OSB at Peace Valley,” said Brad Southern on an earnings conference call.

Last week, B.C.-based lumber producer Interfor Corp. announced it would buy a sawmill in South Carolina from WestRock Co. for US$59 million in cash as part of a growth strategy fuelled by higher prices.

In a report on Tuesday, RBC analyst Paul Quinn said North American softwood lumber production increased by 7.2 per cent in November versus the same month in 2019 but consumption rose by 14.8 per cent.

“We expect that producers were running their mills near capacity as they attempted to take advantage of extremely strong pricing levels,” he said, citing Western Wood Products Association statistics.

“We are now re-entering the spring building season where demand tends to peak. Buyers are covering their immediate needs while building up their inventories; however, producers are facing tight conditions with order files booked through March.”

Lumber closes at an all-time high for the 7th day in a row, prices up 115% over the last year. $LUMBER pic.twitter.com/zSwt0eLiIx

This report by The Canadian Press was first published Feb. 17, 2021.