The GTA new home market saw strong sales in October, typical for this time of year, as single-family home inventory continued to slip, according to  the Building Industry and Land Development Association (BILD).

Total October new home sales of 4,280 were seven per cent above the 10-year average, according to Altus Group, BILD’s official source for new home market intelligence. 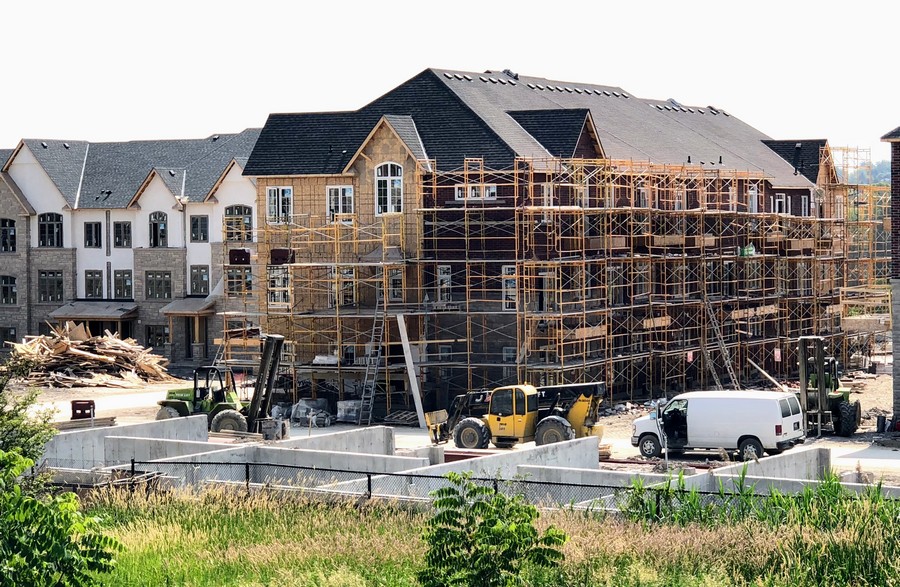 Condominium apartments, including units in low, medium and high-rise buildings, stacked townhouses and loft units, accounted for 3,168 units sold in October, 17 per cent above the 10-year average. It was the 4th highest level of condo apartment sales for the month of October since Altus Group started tracking in 2000.

Sales of new single-family homes, including detached, linked, and semi-detached houses and townhouses (excluding stacked townhouses), accounted for 1,112 units sold in October, which was 14 per cent below the 10-year average.

As condominium apartment unit openings outpaced sales in October, remaining inventory increased compared to the previous month, to 11,973 units. (Remaining inventory includes units in pre-construction projects, in projects currently under construction, and in completed buildings.) This was still well below the 10-year average of 16,000 units. The benchmark price for condominium apartments increased to $1,052,208 in October compared to the previous month, up 6.2 per cent over the last 12 months.

“Several factors are contributing to the shortage of new single-family home supply in the GTA, including a lack of serviced land, supply chain issues and labour shortages,” said Justin Sherwood, BILD’s SVP Communications & Stakeholder Relations. “As municipal and regional governments go through their municipal comprehensive reviews and Official Plan processes, they need to ensure they are planning for appropriate housing supply and choice for future residents.”

With more than 1,300 member companies, BILD is the voice of the home building, land development and professional renovation industry in the Greater Toronto Area. The building and renovation industry provides more than 230,000 jobs in the region and $26.9 billion in investment value. BILD is proudly affiliated with the Ontario and Canadian Home Builders’ Associations.