The Calgary Stampede and development partner Calgary Municipal Land Corporation (CMLC) have moved forward with a new phase of construction in the BMO Convention Centre expansion. 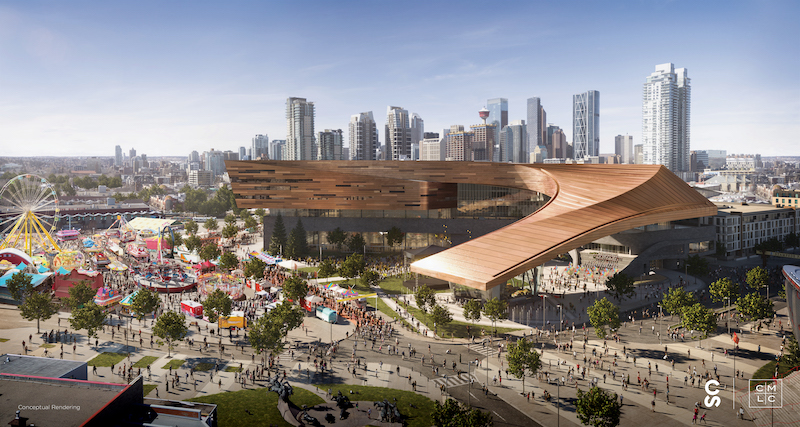 Exhibition Hall F, the newly constructed 100,000 SF exhibition space on the north side of the existing convention centre is now complete, marking a key milestone in the enabling works for this project and the future of Stampede Park.

“Over the past 18 months, our project team has made significant progress on the preparatory work required to support the successful delivery of the BMO Centre expansion,” says Kate Thompson, President and CEO, CMLC. “While we’ve certainly had to adapt and respond to health guidelines brought forward from the pandemic, we are now moving into the next stage which lays the groundwork for the expansion to be built – it’s a major step for the project and the realization of Calgary’s Culture & Entertainment District.”

The visually stunning BMO Centre expansion, valued at $500 million, will significantly grow and modernize the facility and enable Calgary to host major conventions on a global scale. Funded equally by the federal, provincial and municipal governments, the BMO Centre will become the largest convention centre in western Canada and will significantly increase Calgary’s profile in the international meetings and conventions industry.

The next phase of the project will see significant visible change at Stampede Park beginning this month, with the removal of the Stampede Corral and BMO Centre Exhibition Hall A. In preparation for the external demolition, crews have been working to remove materials from the interior of both buildings, upgrading and relocating underground utilities and technology services, and removing the Plus 15 walkway on the south side of the Corral.

“As we prepare to say goodbye to the Corral, we are proud to be building the future of Stampede Park with the BMO Centre as a catalyst for Calgary’s continued economic growth and diversity.” says Jim Laurendeau, Vice President of Park Planning & Development, Calgary Stampede. “We continue to receive interest from around the world, with the unique western culture and community spirit of Calgary a significant attraction for those planning future events. Despite current challenges, there remains no better way to learn and share ideas than to do so gathered together in person. The 2024 opening of the building is perfectly timed to make this possible.”

The memories and memorabilia of the Stampede Corral have been carefully preserved and placed in storage by a dedicated team of Calgary Stampede volunteers. Several items that could not be saved – such as the neon cowboy and the large concrete figures that graced the building’s exterior – have been digitally chronicled to allow them to be recreated in the future.

The ground-breaking for construction of the BMO Centre expansion remains on schedule for Spring of 2021, with project completion in 2024.