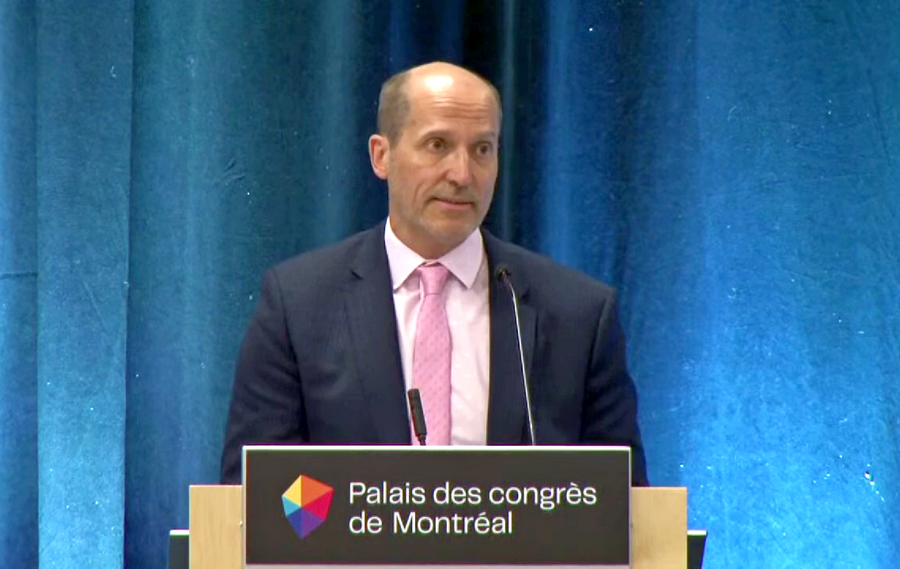 MONTREAL – Inflation is at a multi-decade high, but the situation is different than the 1970s when high inflation was combined with high levels of joblessness and slow or recessionary economic growth, a senior Bank of Canada official said Thursday.

In a speech in Montreal, Bank of Canada deputy governor Toni Gravelle said there has been a “perfect storm” that has helped boost inflation as the strength of the economic recovery, supply chain disruptions and the Russian invasion of Ukraine have combined to boost prices.

However, he said the economy is also “running pretty hot” as quarter-over-quarter growth in the economy in the second half of last year averaged six per cent on an annualized basis.

Gravelle also pointed to the unemployment rate at 5.2 per cent compared with an average of around eight per cent from 1976 to 1982.

“This is not the 1970s all over again,” he said, according to the prepared text of his speech released in Ottawa.

Gravelle said the bank expected inflation to average almost six per cent in the first half of the year, but with the March reading above what it was projecting it will likely be revising its forecast.

The Bank of Canada raised its key interest rate target by half a percentage point to one per cent last month in a bid to help slow inflation and warned that more rate hikes are coming.

“We are confronted with an economy that is showing clear signs of overheating, very tight labour markets and this perfect inflationary storm of global events and preference shifts,” he said according to the text.

“All of this means that our policy rate, at one per cent, is too stimulative, especially when inflation is running significantly above the top of our control range.”

The other difference between now and the 1970s, Gravelle said, was the Bank of Canada’s inflation targeting agreement with the federal government. He said the monetary policy framework, which was first adopted in 1991, has helped keep both inflation and expectations for future inflation low.

Federal Conservative leadership candidate Pierre Poilievre has criticized the Bank of Canada and its actions during the pandemic.

In a leadership debate in Edmonton on Wednesday, Poilievre said he would replace Bank of Canada governor Tiff Macklem because inflation is at the highest point it has been in decades.

Promise tracker: What the Ontario parties are pitching on the campaign trail