BoC’s Macklem says he’s not backing down on rate hikes, even as recession fears grow

Bank of Canada governor Tiff Macklem emphasized Friday (Oct. 14) that he has not changed his mind on interest rate hikes, even as expectations grow about a possible recession next year.

Now is not the time to be flexible on interest rates, Macklem told reporters from Washington, where he was attending the annual meetings of the International Monetary Fund and the World Bank, reiterating the central bank’s current objective of restoring price stability and bringing inflation down. 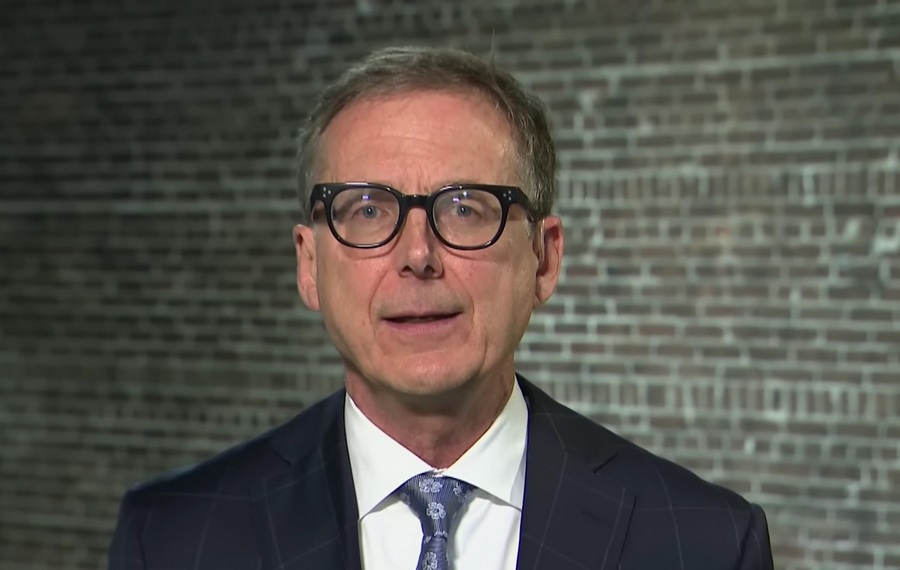 After reaching an annual rate of 8.1 per cent in June, the pace of price increases in Canada has slightly slowed, largely due to lower gas prices.

The annual inflation rate for August was seven per cent, but Canadians were still feeling pain at the grocery store, with food prices increasing 10.8 per cent in August compared to the same time a year ago – the fastest rate since 1981.

In a note Friday, RBC said it expects the headline inflation rate for September to tick lower, to 6.7 per cent, when it is revealed next week.

Andrew Grantham, senior economist at CIBC Capital Markets, said in a note that he expects inflation in Canada to show greater signs of deceleration compared to the U.S., in large part due to the way shelter costs are calculated.

“However, a rebound in oil prices and widening of refining margins have seen gasoline prices increase again in October which will see headline inflation accelerate again for one month at least,” he wrote.

The Bank of Canada will release its latest economic forecast along with its next interest rate announcement on Oct. 26.

RBC economist Claire Fan said in an interview that she’s expecting a half-percentage-point raise providing there are no “surprises” out of next week’s inflation data or business outlook survey.

Earlier this week, the IMF provided its outlook for the Canadian economy.

The financial agency said Canada is now expected to grow 3.3 per cent this year compared with growth of 3.4 per cent in the July forecast, while growth for 2023 is predicted to come in at 1.5 per cent, down from an earlier forecast of 1.8 per cent.

The IMF expects continued rate hikes in 2023, echoing the Bank of Canada.

The report said the Canadian economy is in excess demand, despite the worsening medium-term outlook – also in line with the Bank of Canada’s view.

High inflation has emerged as the principal macroeconomic challenge in Canada ??, as it has globally. Check out the concluding statement of the staff team that recently visited Ottawa for the IMF’s assessment of the economy. https://t.co/jyw52Sde3i pic.twitter.com/VCAcE3AcM6

Last week, the Canadian economy posted a modest bump in employment for September, suggesting the labour market is still exceptionally tight, with the unemployment rate for the month falling to 5.2 per cent from 5.4 per cent in August. The economy added 21,000 jobs.

Meanwhile, the IMF and Canada Mortgage and Housing Corp. are both warning of a possible recession in the near future, joining a chorus of private sector economists.

RBC economists now forecast a “moderate recession” as early as the first quarter of next year but expect unemployment to be “less severe” than previous downturns.

“We’re expecting it to last around two quarters,” said Fan.

“And a ‘moderate recession’ in the sense that an increase in the unemployment rate of 1.7 per cent, if you put it in historical context, is not a huge increase. It’s not an incredibly severe downturn that we’re looking for.”

The greenback is also on Macklem’s radar as the Canadian dollar continues to lag, he said, adding that if the situation persists, the central bank will have “more work to do on interest rates.”

The Canadian dollar traded for 72.17 cents US on Friday compared with 72.43 cents US on Thursday.

BOC'S GOV. MACKLEM ON THE RECENT DEPRECIATION OF THE CANADIAN DOLLAR AGAINST THE US DOLLAR: IF IT CONTINUES, WE'LL HAVE MORE WORK TO DO ON INTEREST RATES.

Tough talk from Macklem at the Bank of Canada: pic.twitter.com/6G1itXJulM

BOC'S GOV. MACKLEM: INFLATIONARY PRESSURES ARE BEING GENERATED BY A TIGHT LABOUR MARKET.

BOC'S GOV. MACKLEM: WHATEVER THE SEPTEMBER CPI SHOWS, THE ECONOMY WILL STILL BE IN OVERSUPPLY, LABOUR MARKETS WILL BE TIGHT, AND INFLATION WILL BE TOO HIGH.

BOC'S GOV. MACKLEM: AT IMF/WORLD BANK MEETINGS, THERE WAS A WIDESPREAD CONSENSUS THAT INFLATION IS THE MOST IMMEDIATE THREAT TO "CURRENT AND FUTURE PROSPERITY.

BOC'S GOV. MACKLEM: THE LABOR MARKET NEEDS TO COOL DOWN.

BOC'S GOV. MACKLEM: WE WILL BE WATCHING CLOSELY THE US ECONOMY, INFLATION, AND INTEREST RATES, AND CONSIDERING THAT AS WE MAKE DECISIONS IN CANADA.

This report by The Canadian Press was first published Oct. 14, 2022.

Annual pace of housing starts up in September, hitting highest level since Nov. 2021