TORONTO – Workers sifting through the rubble of a partially collapsed building in London, Ont., recovered the body of a second victim, city officials said on Sunday of the construction mishap that also killed the father of an infant.

The careful extrication of the worker occurred just before midnight Saturday, more than a day after the incident that also injured four others, amid fears of a further collapse, they said in a release. 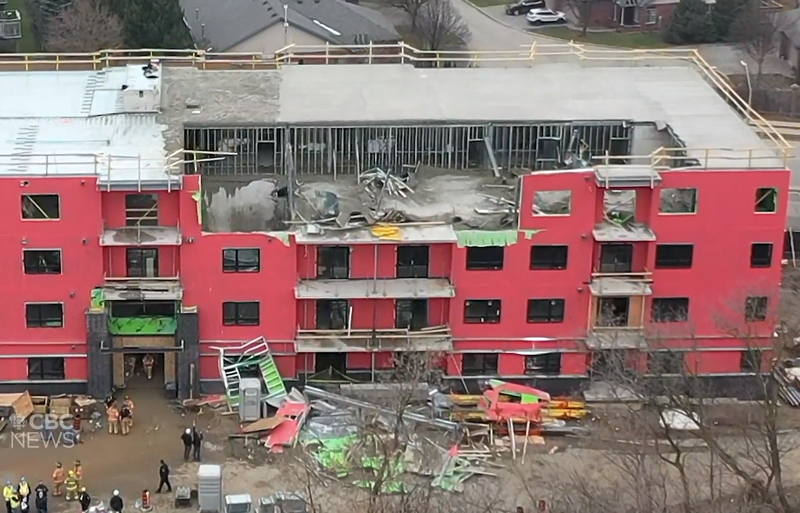 ”Earlier recovery efforts were slowed because the building was unstable following the collapse,” the city said. ”For recovery, portions of the building were carefully dismantled until the structure was stable enough to recover the individual without putting emergency workers at risk.”

The city and hospital where victims were taken have refused to release any names, citing privacy concerns. However, a friend who began a fundraising effort for the family of one of the men killed, identified him as Henry Harder, who married 15 months ago and was father of a three-week-old baby, according to his Facebook page.

The friend, Pete Friesen, aimed to raise $25,000 for the relatives. As of Sunday afternoon, the effort had exceeded $65,000, with some of the roughly 800 donors expressing their condolences.

”This is a terrible tragedy and especially right before Christmas,” one contributor, Monica Mulhearon, posted on the fundraising page. ”My heart breaks for you and his sweet baby.”

The cause of the collapse had yet to be determined but an investigation was underway.

One person was confirmed killed almost immediately, but it would take several more hours before rescuers were able to determine the person trapped in the rubble was also dead.

London Health Sciences Centre said earlier that two of the injured were in serious condition while the other two were in fair condition.

Police, firefighters and paramedics aided in the recovery effort as did a private demolition company contracted to support the work.

Members of the province’s heavy urban search and rescue were initially called in but left the site after determining it was too dangerous to recover the body without heavy equipment.

While the site remained secured pending the investigation by the Ontario Ministry of Labour, police opened roads that had been closed.

Mayor Ed Holder earlier expressed his condolences to relatives of the victims and thanked first responders for their response to the ”tragic incident.”

The site, managed by Brock Developments, was listed as a low-rise ”premium” apartment building called Nest on Wonderland, scheduled to be finished by next summer.

Michelle Doornbosch, president of Nest on Wonderland, said previously the company was co-operating with regulatory authorities as they carried out their investigation.

”We are devastated by this incident, and our thoughts remain with the affected workers, their families, friends and co-workers,” Doornbosch said.

This report by The Canadian Press was first published Dec. 13, 2020.