The Government of Canada has made a significant investment in the milestone Pan-Canadian Electric Bus Demonstration and Integration Trial in Brampton. The Honourable Catherine McKenna, Minister of Environment and Climate Change, announced $11.15 million in funding towards Phase 1 of the pilot project, which will test battery electric buses in Brampton. 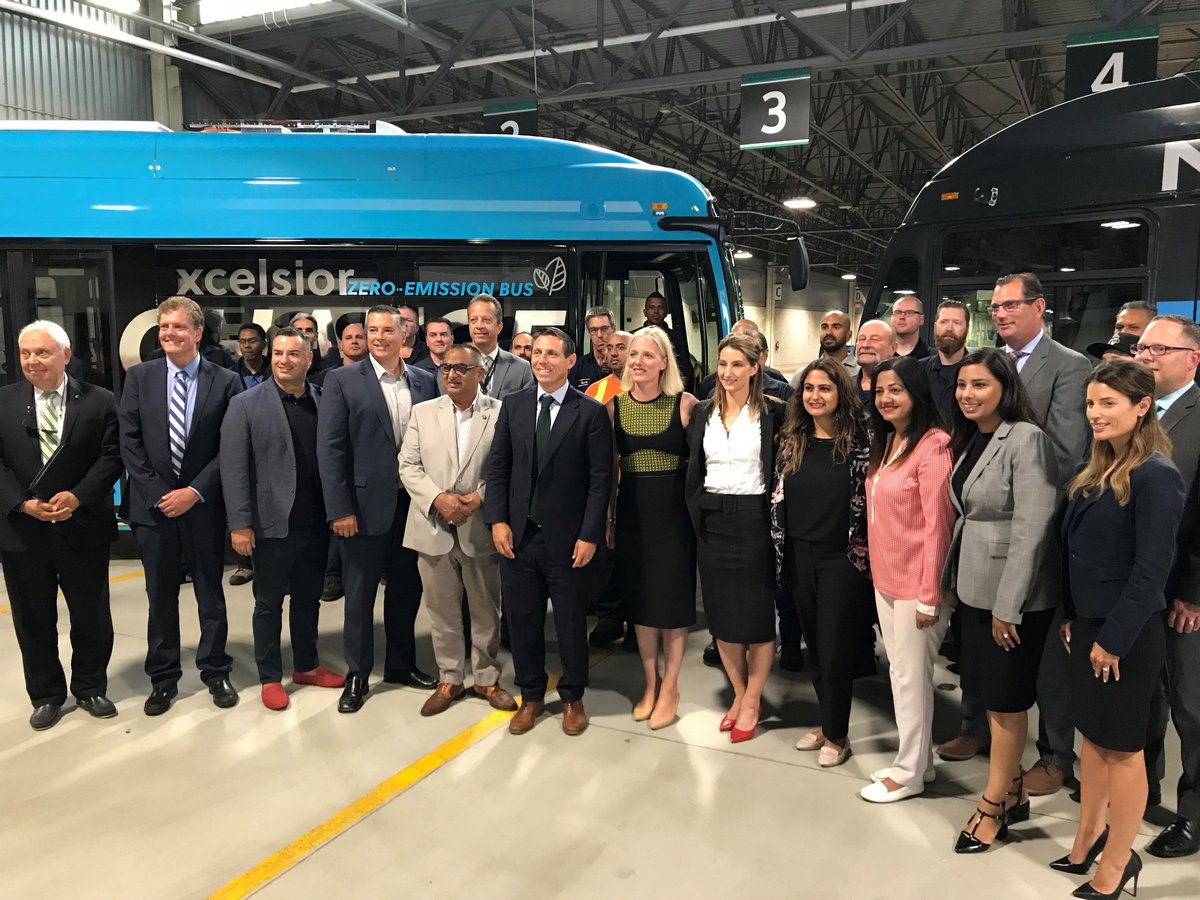 This first-of-its-kind project is the result of ongoing collaboration between Brampton Transit and the Canadian Urban Transit Research and Innovation Consortium (CUTRIC), manufacturers of the fully electric buses New Flyer Industries and Nova Bus, and charging station manufacturers ABB and Siemens. The unprecedented initiative has brought multiple levels of government, bus and charger manufacturers, system integrators, academia, and funding partners together to implement electric buses in Brampton.

This will be the largest single global deployment of standardized and fully interoperable battery electric buses and high powered overhead on-route charging systems. Canada’s two leading bus manufacturers, New Flyer Industries and Nova Bus, will manufacture the eight battery electric buses (six by New Flyer Industries and two by Nova Bus), and Asea Brown Boveri (ABB) and Siemens will provide the on-route charging systems (three by ABB Group and one by Siemens), which will demonstrate the performance of the overhead electric bus charging system and enable future mass deployments.

This first-of-its-kind project is the result of ongoing collaboration between @BramptonTransit and @CUTRIC_CRITUC, manufacturers of the fully electric buses @newflyer and @novabus_, and charging station manufacturers @ABBgroupnews and @SiemensCanada. pic.twitter.com/jTiqlMPVcy

The breakthrough battery electric buses with zero tailpipe emissions will be launched on two existing conventional routes in Brampton: routes 23 Sandalwood and 26 Mount Pleasant. New overhead on-route charging stations will be launched at the Mount Pleasant Village terminal, the Queen Street/Highway 50 Züm station and the Sandalwood Transit Facility. The entire project will cost an estimated $15.96 million.

Siemens is honoured to become a member of the Pan-Canadian Electric Bus Demonstration and Integration Trial spear-headed by @cutric_crituc. We look forward to continuing to contribute to the impressive efforts already underway across Canada. @NRC_CNRC pic.twitter.com/Byqf7LCcit

At the presentation, McKenna announced an investment of $7.6 million from the Low Carbon Economy Fund toward the deployment of the battery electric buses and high-powered, overhead, on-route chargers.

With a total of more than $11 million in funding provided toward the Brampton portion of the Pan-Canadian Electric Bus Network, these investments will help reduce pollution and energy costs and pave the way for a zero-emission transportation sector.

The Honourable @cathmckenna, Minister of Environment and Climate Change, announced the $11.15 million in funding towards Phase 1 of the pilot project, which will test battery electric buses in Brampton. @environmentca @BramptonTransit pic.twitter.com/h5AFL0QFex

“This investment launches the largest interoperable system in play with the most intense use of a high-power charging system on-route in Canada. With eight e-buses and four overhead chargers in Brampton as part of the Pan-Canadian Electric Bus Demonstration and Integration Trial, today’s announcement marks the moment Canada has become an unquestioned world leader in e-mobility.” said Josipa Petrunic, Executive Director and CEO of CUTRIC.

The electric buses will arrive on Brampton’s streets in late 2020/early 2021.

According to the City of Brampton, Brampton Transit is committed to promoting new and innovative solutions to provide a high-quality service that reduces the City’s overall carbon footprint and greenhouse gas (GHG) emissions. Brampton Transit currently operates 441 buses in its fleet, including 121 diesel-electric hybrid Züm bus rapid transit buses. 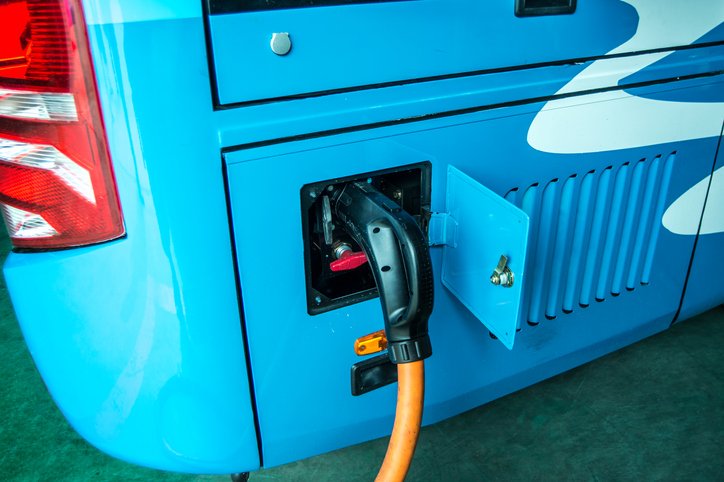 “Brampton recently joined 35 other communities in declaring a climate emergency. Our goal is to reduce greenhouse gas emissions in Brampton by 80 percent by 2050, and we are planning and launching better policies and technology to support our priority to develop a green city. Today’s exciting announcement marks a major milestone on that journey. I thank the Government of Canada and our project partners for their investment in our future and in greater sustainability in Brampton.” said Patrick Brown, Mayor of Brampton.

Thank you to the Minister of the Environment and Climate Change @cathmckenna for a $11.5 million investment in our @BramptonTransit electric bus pilot project. We are proud to be a green and environmentally friendly City! #brampoli #onpoli #cdnpoli #brampton pic.twitter.com/Apn0iyp1UM

To date, the Government of Canada has invested $182.5 million to support the deployment of electric chargers; natural gas and hydrogen refuelling stations; the demonstration of new, innovative charging technologies; and the development of codes and standards for low-carbon vehicles and refuelling infrastructure.

“Cleaner vehicles are good for our communities, our economy and our environment. Our government’s investment in Ontario’s electric bus network will help support innovative Canadian companies and good jobs in Canada’s cleantech sector, while keeping our air healthy and fighting climate change, so we can build a cleaner future for our kids and grandkids.” said McKenna.

According to a release by Natural Resources Canada (NRC), “through Canada’s national energy dialogue, Generation Energy, Canadians made it clear that the transition to energy independence through the combined efforts of federal, provincial and territorial governments is a necessity for advancing toward a low-carbon future.”