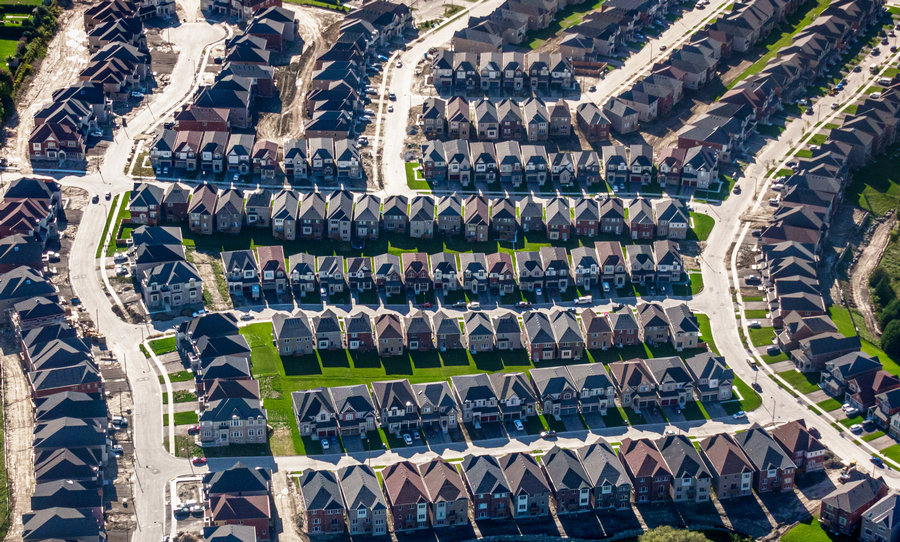 TORONTO – The Liberal government will try to ease Canada’s housing crisis with more than $10 billion in funding meant to speed up home construction and repairs along with measures to cool the market and help those trying to buy their first home.

“The central challenge in Canada when it comes to housing is a lack of supply. And this budget is about tackling that head on,” said Finance Minister Chrystia Freeland in a press conference Thursday afternoon, before the government unveiled its latest federal spending plans.

Freeland has committed to doubling the number of homes built each year over the next decade to about 400,000 to help meet the 3.5 million homes the government estimates are needed by 2031, but the plans rely heavily on co-operation with other levels of government and the private sector.

The spending includes $4 billion in a broad accelerator fund for municipalities to help with planning and delivery of housing, with a target of 100,000 new units over five years.

There’s also $1.5 billion over two years for upwards of 6,000 new affordable housing units through the Rapid Housing Initiative, $475 million for those facing affordability challenges, and the acceleration of $2.9 billion in already promised spending through a co-investment fund to provide housing to vulnerable Canadians.

Commitments also include $4.3 billion in spending for Indigenous communities over seven years, including $2.4 billion for on-reserve housing, though those figures are far short of what advocates say is needed.

The Liberals say they will also leverage more than $40 billion in infrastructure funding to push cities and provinces to act faster on housing.

The efforts to boost supply come amid an overheated market that saw prices climb more than 20 per cent since last year to hit a record $816,720 in February, while rental rates have also been rising.

The Liberals have also announced a review of how much large companies buying homes is affecting the market, and what options such as tax measures they have to address the growing trend, but made no policy commitments on the issue.

The government however needs to move faster to counter housing becoming an asset class, said Ricardo Tranjan, Ontario senior researcher at the Canadian Centre for Policy Alternatives, in a release.

“This is yet another budget without measures to curb the financialization of housing. By this time next year, even more homes will be owned by speculators rather than by working families.”

He said there were encouraging signs on housing but that the government should be making programs like the Rapid Housing Initiative permanent.

“The federal government is definitely back into the housing game – and that’s good news – but there’s room to go bolder and do more for tenant families.”

The budget also includes measures to help people trying to get into the market, including a new savings account and changes to the first-time homebuyers tax credit.

Homebuyers in general will gain more protections through a bill of rights that is proposed to include a right to a home inspection, an end to blind bidding – a widely-used practice where sellers don’t disclose competing bids – as well as potential mortgage deferrals and increased disclosures from real estate agents.

Tim Hudak, chief executive of the Ontario Real Estate Association, welcomed the spending commitments, but said proposals to change how homes are sold, which include the end to blind bidding, would undermine consumer choice.

“The commitment to ban the traditional offer process is a massive step back. It would unfairly target the financial nest egg of hundreds of thousands of families,” he said in a release.

There are, however, signs that the real estate industry is coming around to more transparent bidding after the Canadian Real Estate Association committed on Wednesday to pilot real-time tracking of bids on homes.

If you were looking for some hope that our government is taking rapidly rising home prices seriously, unfortunately today’s federal budget did not deliver.

Average home prices in Canada are up $200K over last year, which means homeowners got a $200K tax free capital gain so why nickel and dime renters with only an $8K annual limit? 3/

Not sure what the transparency re: title searches refers to since that data is public, at a cost.

These ideas are great in theory, but they fall under the province’s jurisdiction so I’m not sure how they’re going to make these policies happen 5/

In my thread yesterday, I sarcastically said that they’re going to study this for another five years, but from today’s budget it looks like they have been looking at this and may introduce some policies by the end of this year. 7/

A Ban on Foreign Investment in Canadian Housing

Unfortunately the federal government is more than a decade too late at acknowledging the impact foreign capital has had on home prices – they spent too much time listening to builders and CMHC 9/ pic.twitter.com/juLYURzMIz

And I can’t believe they’re making a big deal about taxing flippers and assignment sales.

Have they seriously not been taxing these investors this entire time? 11/

I would have liked to see them tighten credit on investment properties but they’re clearly more worried about mom and pop investors (which includes our housing minister @HonAhmedHussen ) than they are about first time buyers /https://t.co/ESjuEpktn9

I have some bad news for young Canadians who hope to own their own home: if the 2022 budget is any indication, it’s not going to happen anytime soon. https://t.co/njKZpmg7lY #cdnpoli

“In light of rocketing housing costs in cities across Canada, the Finance Minister’s policies are like trying to stop a forest fire with a water gun.”https://t.co/7zttqwH8Al pic.twitter.com/sG2FdztLqJ

This report by The Canadian Press was first published April 7, 2022.