The total value of building permits remained at historically high levels in April 2021, edging down 0.5% to $11.1 billion, following the record set in March, according to Statistics Canada. The slight pullback was mainly due to declines in the residential sector in British Columbia and Quebec, which outweighed national gains in the non-residential sector. 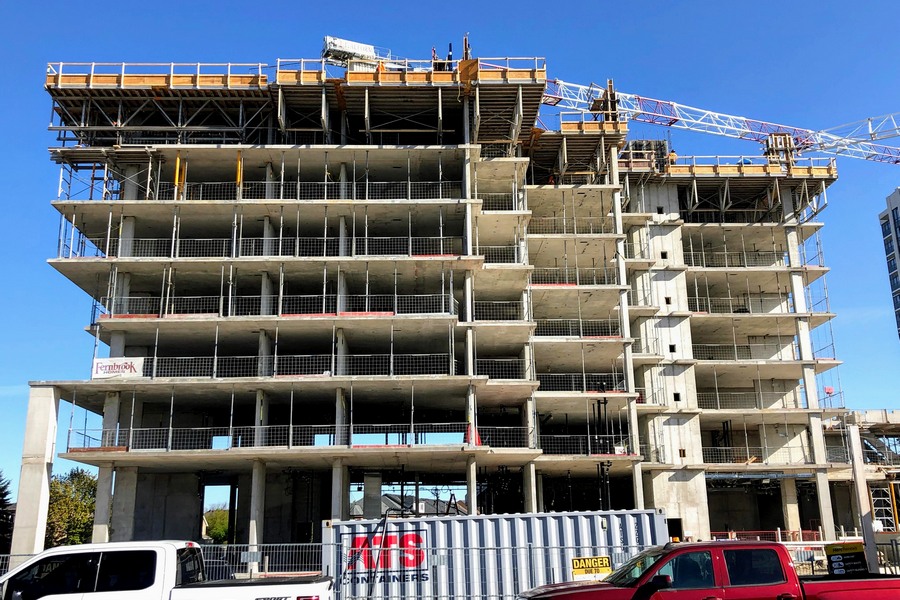 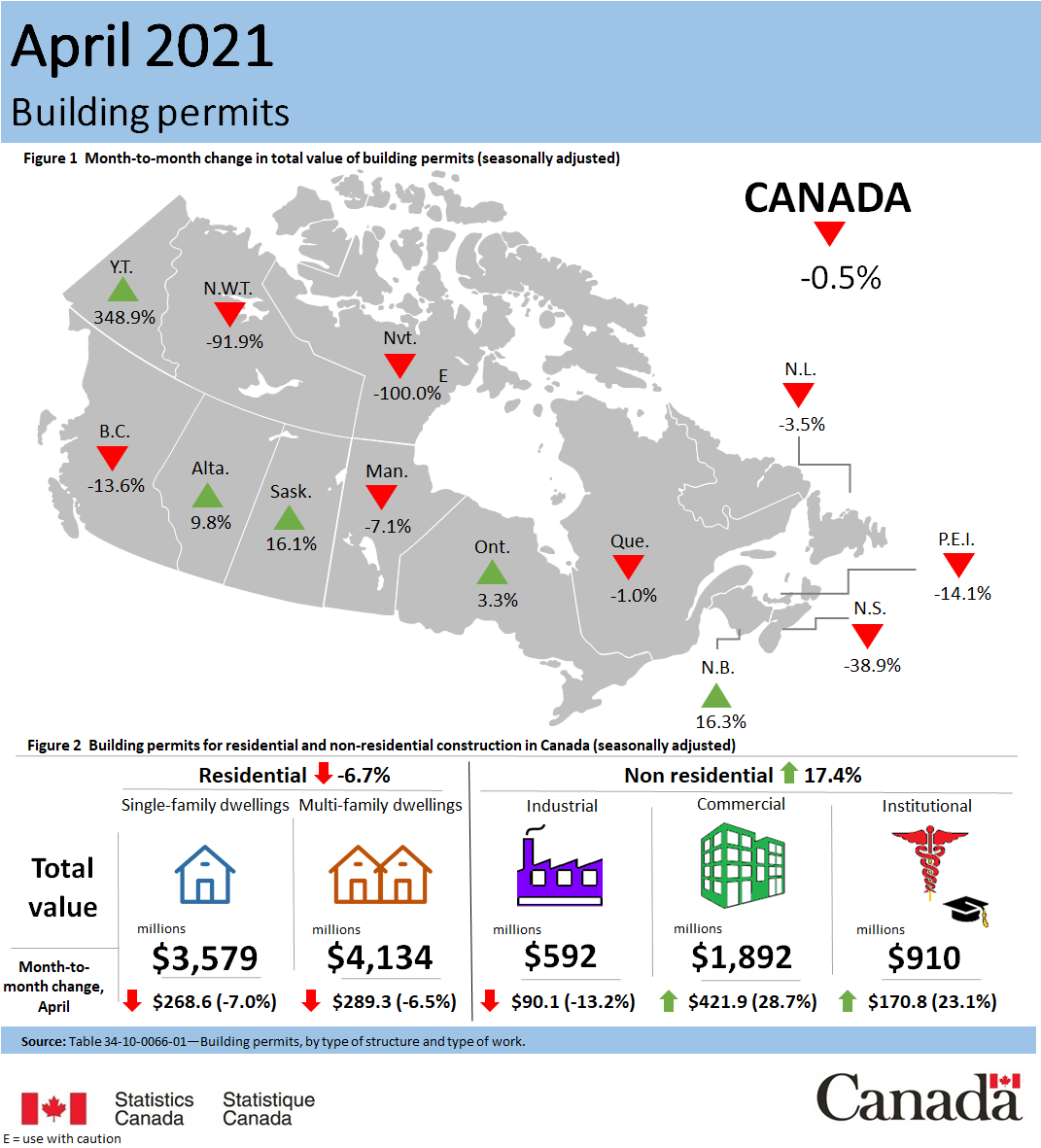 In the residential sector, the value of building permits fell 6.7% to $7.7 billion in April. Despite the decrease, this was the second highest value on record. British Columbia (-23.7%) and Quebec (-14.9%) accounted for most of this decline.

The value of building permits for multi-family dwellings dropped 6.5% to $4.1 billion. Gains in Ontario and Alberta were not enough to offset decreases in British Columbia and Quebec, where several large permits had been issued (in both provinces) during the previous month.

Eight provinces reported a decline in the value of permits issued for single-family dwellings, with the national total down 7.0% to $3.6 billion, mainly as a result of fewer new projects in Ontario and Quebec.

The value of institutional permits increased 23.1% to $910 million, led by Quebec (+135.7%), which rebounded from a 53.6% drop the previous month. Quebec issued numerous large permits in April, such as for a new hospital in the city of Saint-Jean-Sur-Richelieu ($56 million) and for a new seniors’ care centre in the city of Belœil ($43 million).

The value of industrial permits fell 13.2% in April to $592 million. Ontario (-36.5%) accounted for most of the decrease, as fewer permits for large projects were issued in the province compared with the previous month.

Overall, the value of building permits in the non-residential sector climbed 17.4% to $3.4 billion.

Statistics Canada has a Housing Market Indicators dashboard. This Web application provides access to key housing market indicators for Canada, by province and by census metropolitan area. These indicators are updated automatically with new information from monthly releases, giving users access to the latest data.