Building picked up in November as housing starts jumped 14.4%

Builders broke ground on more homes in November as construction on multi-family housing picked up in Vancouver and Montreal, Canada Mortgage and Housing Corp. said on Tuesday. 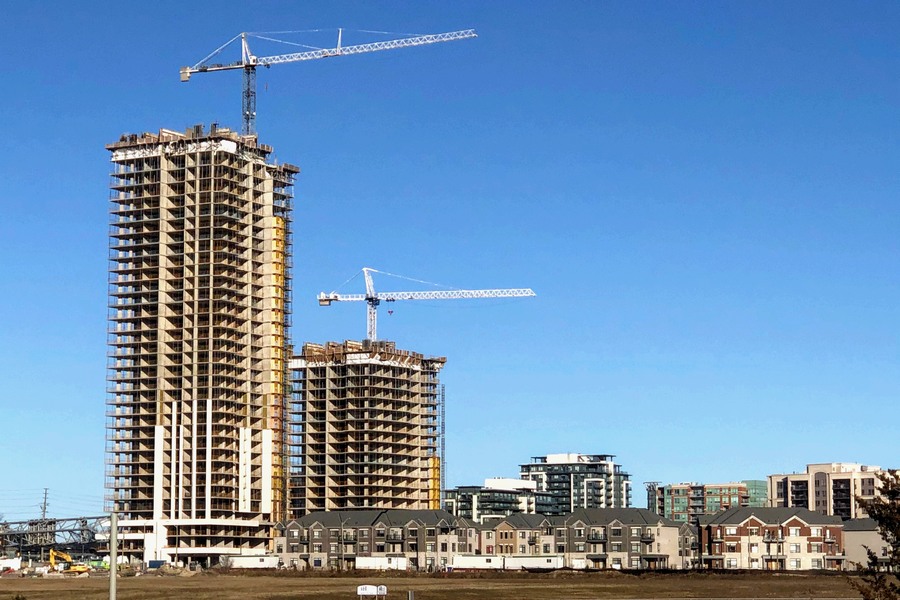 ”Homebuilding activity roared back to the heights of summer in November, blowing past market expectations,” said Sri Thanabalasingam, senior economist at TD Economics, in a client note.

November’s housing starts rate rose 15 per cent to 233,106 in cities, while rural starts were estimated at a seasonally adjusted annual rate of 12,927 units by CMHC’s tally.

The pace of housing starts was up 22.5 per cent to 177,661 for urban multi-family homes such as apartment buildings, but the rate of starts for single -family homes fell 3.8 per cent to 55,445 in cities, the report said.

November’s upswing in multi-family home building came on the heels of two consecutive monthly declines, after October’s data showed a slew of single-family homes were under construction, CMHC chief economist Bob Dugan said in a statement.

”While other parts of the economy are being gripped by the second (COVID-19) wave, housing starts shrugged off any challenges and reaccelerated in November,” wrote Royce Mendes in a client note from CIBC Economics.

”The acceleration showed up in the volatile multi-unit segment of the market, which had been slumping somewhat since August, while single family home starts decelerated a touch in November.”

”The near-term outlook for starts is on sturdy ground,” Thanabalasingam’s note said, citing the high number of residential building permits and decline in existing housing inventory.

”All told, 2021 is poised to be a good year for housing construction.” 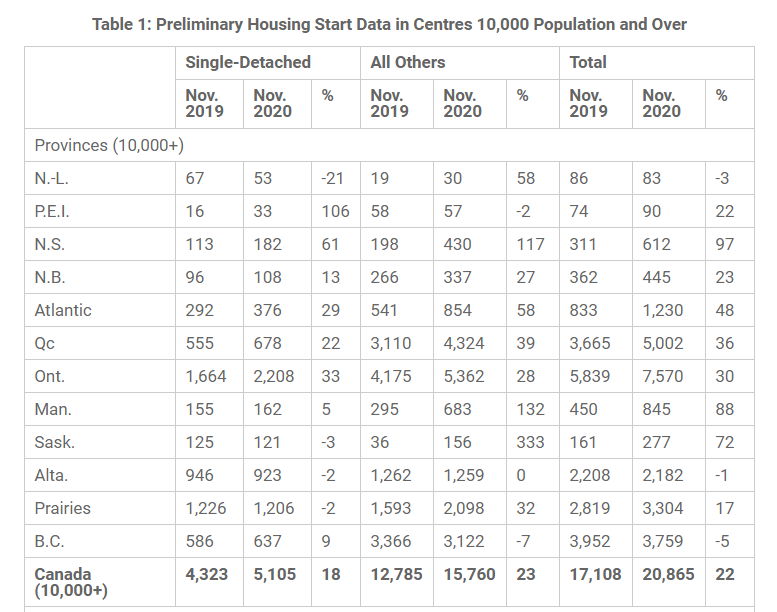 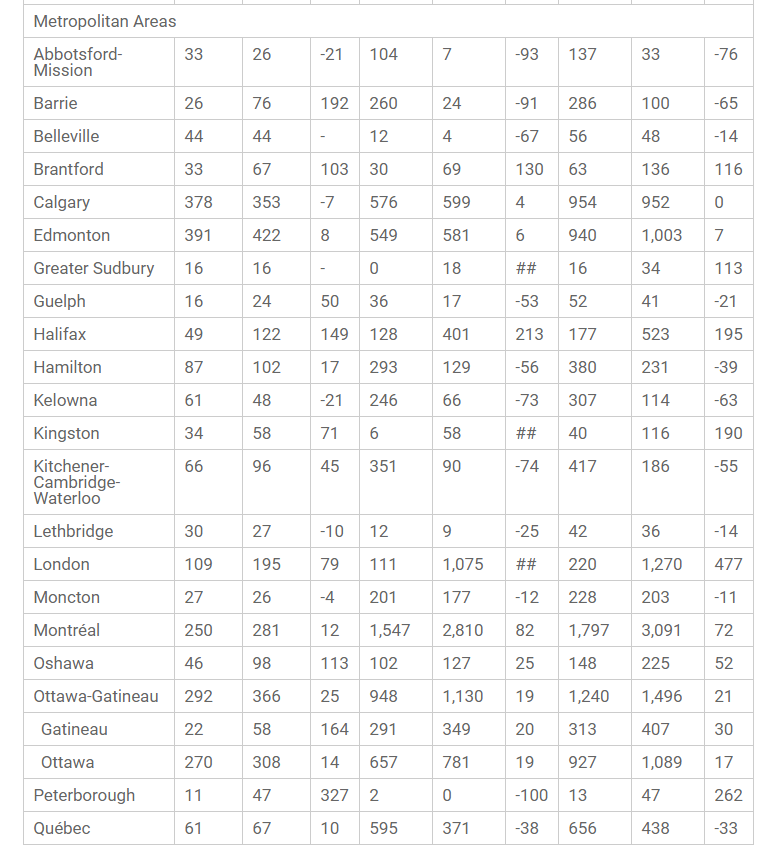 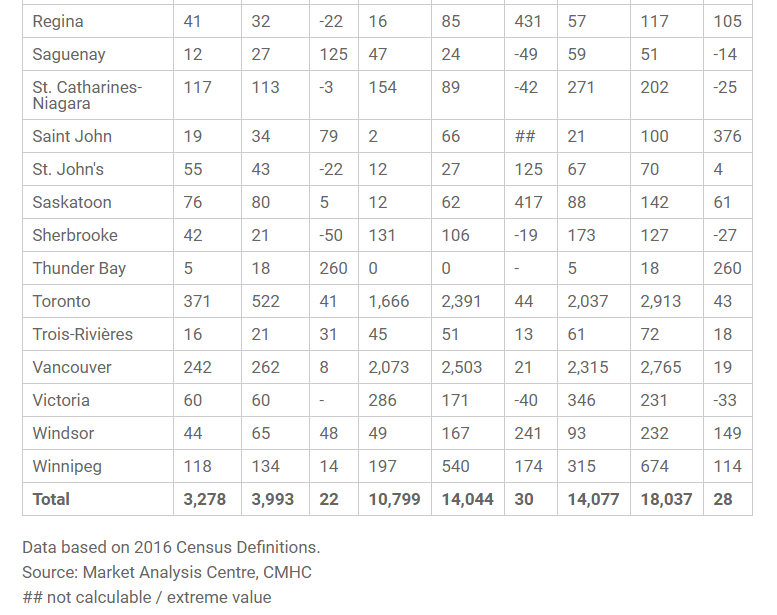 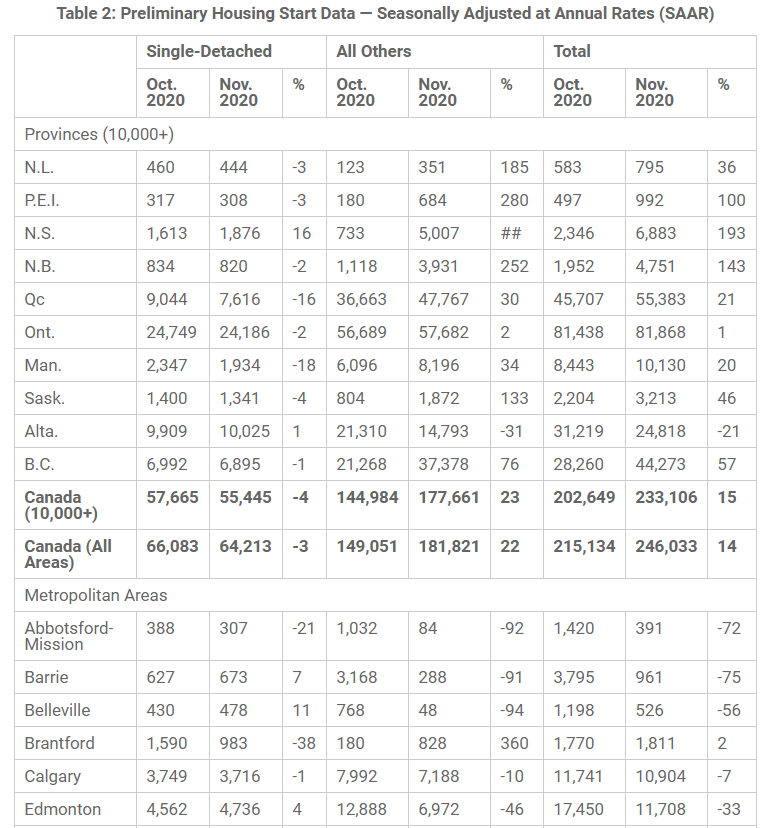 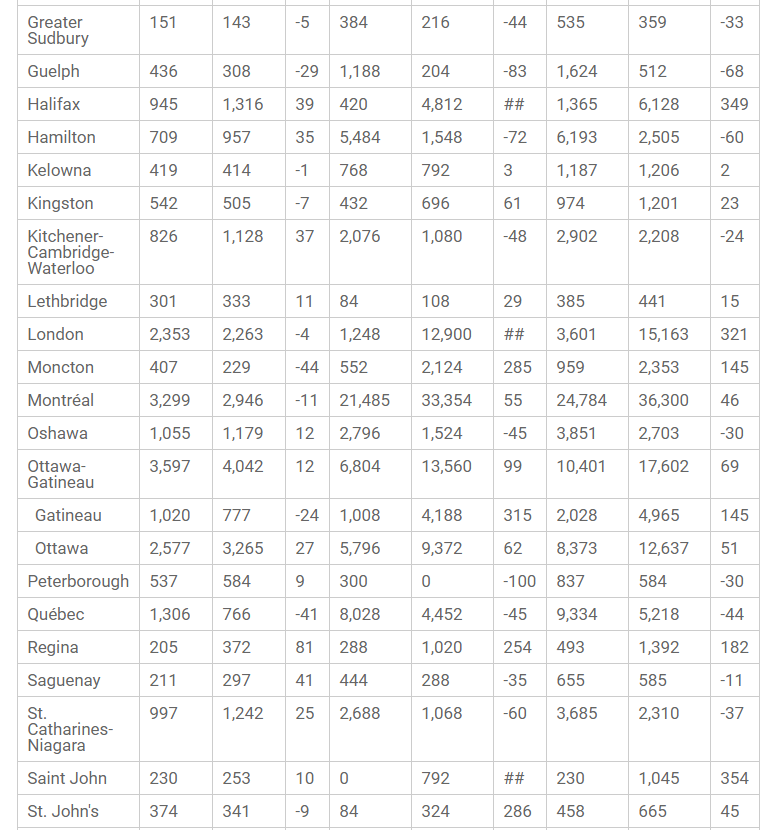