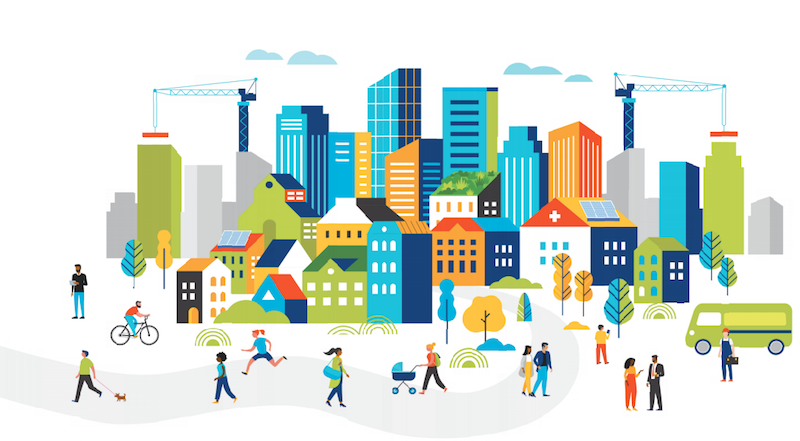 The report expands on the 2016 Green Building Market Impact Report to assess the influence of Canada’s green building industry now and over the next 10 years. CaGBC states that the findings were based on historical data and forward-looking trends, and then distilled to the provincial and territorial level.

According to the report, in 2018, the most recent year for which complete data is available, the green building industry added 164,260 jobs, which is 55 per cent greater than in 2014. Over the same period, Canada’s oil and gas extraction, mining, and forestry industries stagnated in terms of job growth, contracting by 2.8 per cent or 7,580 positions.

“This report offers a definitive look at Canada’s green building industry and far-reaching economic, environmental, and social benefits,” said Thomas Mueller, President and CEO of CaGBC. “The new report details the growth of the green building industry into a mature sector of the Canadian economy, which now generates more jobs than oil and gas extraction, mining, and forestry combined. Extrapolating out to 2030, it shows how significant investment in a recovery plan that centres on green buildings could lead to 1.5 million jobs and set Canada on a path to meet its climate change targets.”

Driving the accelerated growth of the green building sector are a number of trends, including a greater focus on healthier and more resilient buildings. The report also highlights the need for a sustainable approach to the extraction, manufacturing, use and disposal of building materials, as well as the necessity of large-scale retrofit to accelerate reductions in GHG emissions.

While jobs in the green building industry go beyond construction, trades and design, CaGBC suggests that construction remains the primary focus. The report indicates that new construction accounts for 80 per cent of all green building, but the increasingly urgent climate challenge will drive the need to retrofit existing buildings. However, CaGBC additionally states that green retrofits yield only one in five jobs in green building construction and trades to date.

“To reach our climate targets, Canada must not only address new buildings but also the large number of inefficient buildings and homes,” said Mueller. “Right now, between 70 and 80 per cent of these buildings will still be in use by 2050, contributing to domestic GHG emissions. Retrofits must be a significant priority if we are to decarbonize by 2050. Strong public policy, private sector investment, performance standards and certification programs like LEED will support this urgently needed transformation.”

CaGBC worked with The Delphi Group to examine the green building industry today, and to understand how existing and announced climate policies and potential unannounced policies and investment priorities might shape the industry over the next 10 years.

Three future scenarios were developed to provide a look at green building in 2030. These included a Pre-COVID scenario based on known economic and industry growth projections, Baseline scenario which adjusts for the impact of the pandemic and oil price collapse in Canada, and finally, the Climate Forward scenario which assumes an accelerated movement by provinces and the federal government within a green recovery stimulus package to achieve national GHG emissions targets.

Under the Climate Forward scenario, Canada would also reduce GHG emissions by 51 per cent in 2030 compared with 2018, a decline equivalent to 53 million tonnes of carbon. Without that concerted effort, those reductions would be more than halved.