According to a recent Altus Group ‘Insights’ blog post, commercial real estate investments in the Calgary market saw a total of 162 transactions recorded in Q1 2021, while Edmonton’s market recorded 126 transaction in the same quarter. 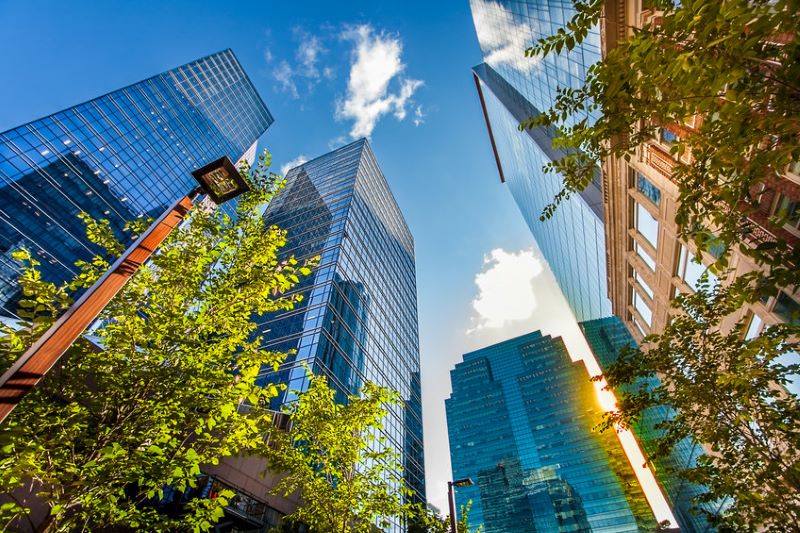 Calgary’s commercial market amounted to $910 million, marking a 22 per cent increase from Q1 2020. While certain sectors such as industrial and land have shown relative strength and remain favourable, activity has stemmed predominantly from local capital.

The blog post reveals that the land sector saw the strongest performance in Q1 2021, with ICI and residential land transactions making up 46 per cent of the investment total for the quarter. Retail also had a rebound in Q1 2021, with 28 transactions totaling $141 million, nearly tripling in value compared to Q1 of last year. 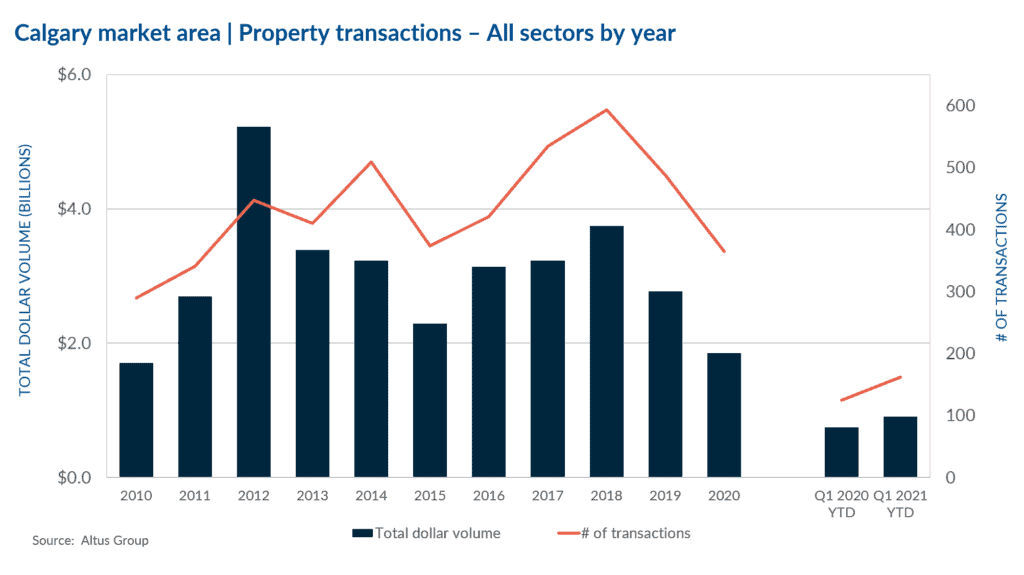 The industrial market has remained a relatively consistent performer with 48 transactions totaling $195 million, roughly on par compared to its performance in Q1 2020 but increasing 49 per cent compared to Q4 2020.

Although the office sector is consistently seen as the area hit hardest by pandemic challenges, according to  Altus Group, the sector saw 6 transactions for a total of $29 million in Q1 2021, an 80 per cent decrease from this time last year.

Edmonton’s transaction totaled $584 million, which amounted to a 45 per cent decrease compared to Q1 2020. According to the blog post, the city lags behind as it continues to face economic challenges that are compounded by ongoing pandemic-related challenges. 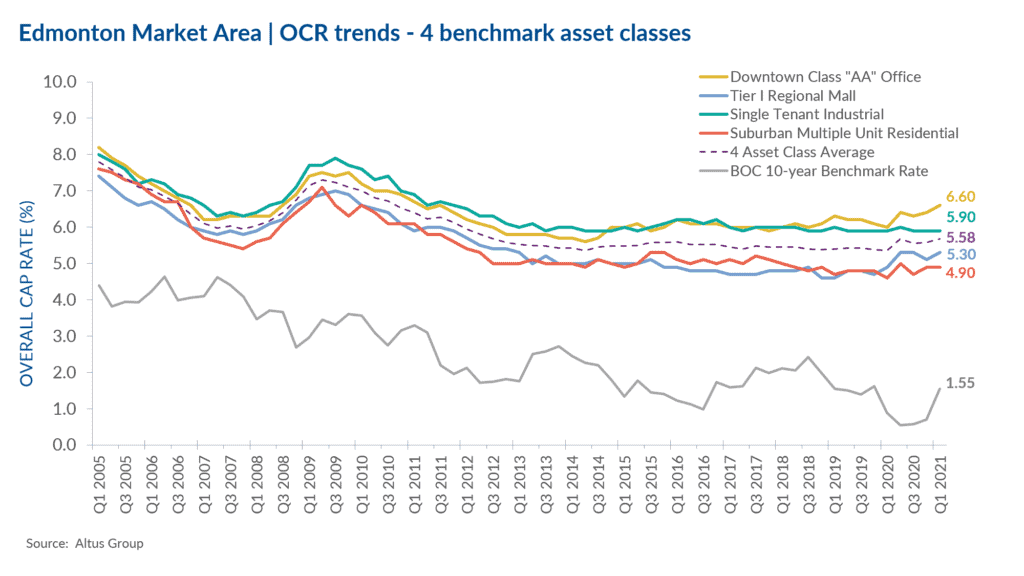 The bulk of activity in Q1 2021 was attributed to the industrial, multi-family and land sectors. Together the improved asset classes of industrial and apartment contributed to nearly 47 per cent of all activity, while the ICI and residential land asset classes contributed 36 per cent. Most of these sectors showed year-over-year increases when compared to Q1 of 2020:

Retail has yet to show signs of recovery with Q1 2021 recording 16 transactions totaling $42 million, down 63 per cent from last year. The office sector has continued to fluctuate throughout the past year, evident in Q1 2021 with 11 transactions recorded for a total of $48 million, a 61% drop from the previous quarter, but a 180 per cent increase from the same time last year.

One in three Canadians considering “workarounds” to buy a home amidst rising prices, supply shortages