The Canadian Urban (CUI) Institute is releasing two reports that highlight the best of local innovation in Calgary and Edmonton. Calgary Transforms and Edmonton Activates capture how these two Canadian cities are dealing with some of our biggest urban challenges, from homelessness and affordability, to tackling racism and rebuilding their local economies. 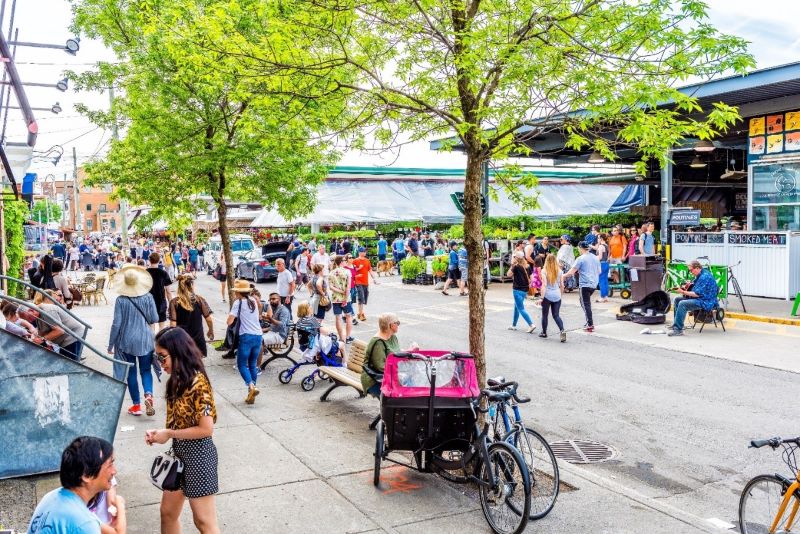 Through CUI x Local, the CUI spent a week in each city in late 2020, and partnered with community leaders, policy-makers and city builders to host a series of virtual events to learn more about what’s working, what isn’t and what’s next for Alberta’s two largest cities. The reports provide a snapshot of some of the local issues facing each city and the unique solutions they’ve developed to address them.


“These reports capture the great work led by dedicated Calgarians and Edmontonians in their own voices—what’s special about their cities, the challenges they are encountering and how they’ve been able to achieve successful, inspiring outcomes,” says Mary W. Rowe, President and CEO, Canadian Urban Institute. “What we learned and hope to share is that cities and urban centres are at the forefront of tackling some of our biggest challenges, that partnerships among government, private sector and non-profits are key, and that an inclusive city is one where residents are engaged and empowered to lead initiatives that respond to their needs. While the reports don’t capture everything, it does share some of the best guidance Calgary and Edmonton can offer to the rest of Canada on ways to create a strong foundation for a vital and resilient urban future.”

For example, to respond to the affordability crisis, the City of Calgary introduced Attainable Homes Calgary, a non-profit social enterprise, that works to help moderate-income Calgarians achieve homeownership. Attainable Homes helps families who earn less than $103,000 per year ($93,000 per year without children, $83,000 per year for singles) to buy their first home by providing a loan toward a down payment, with the applicant contributing $2,000. The family buying the home has to agree to make the property their “permanent sole residence” and when they sell the home, a share of the appreciation accrued is given back to the program to finance more families getting into homes.

Edmonton, on the other hand, empowers their neighbourhoods and residents through their extensive network of Community Leagues—the only program of its kind in Canada. These volunteer, membership-based, non-profit organizations are formed to meet the needs and interests of residents within a defined neighbourhood. There are more than 160 Community Leagues across the city, some of which are new, and some of which have been active for 100 years. They are recognized by the City of Edmonton and function as the primary speaking body for the neighbourhood on everything from sports and recreation to planning applications and community services.

Both cities, which have been historically dependent on the oil and gas industries are finding new ways to diversify their economies. Today, Calgary has more patents per capita than the rest of Canada, and the second highest concentration of small businesses among major Canadian cities. Many local organizations are dedicated to supporting tech and innovation-driven entrepreneurs, startups and enterprises, including Startup Calgary, A100 and Calgary Technologies. Edmonton is home to 394 tech companies including DeepMind, Google’s artificial intelligence (AI) firm and the Alberta Machine Intelligence Institute, which is the second-best school in the world for AI and machine intelligence research.

Both cities are also grappling with the challenges of reconciliation and racism but show commitment to addressing these issues through their partnerships, creating safe and inclusive places and examining internal and external systems to remove barriers.

In Edmonton, The Recover Project is creating safe spaces for people to bring their Indigenous cultures and ways of being to inform what a transformed city looks, feels and acts like. The City of Calgary has dedicated an anti-racism capacity-building fund to support collaborative initiatives that will allow organizations to identify and undo systemic racism by changing practices, policies, structures and systems.

Government of Canada Provides 119 Units of Rental Housing in Vancouver