CALGARY – A doctor who has been working with some of Calgary’s most vulnerable citizens during the COVID-19 pandemic is worried homeless shelters won’t have enough space to keep everyone safe once the cold weather hits. 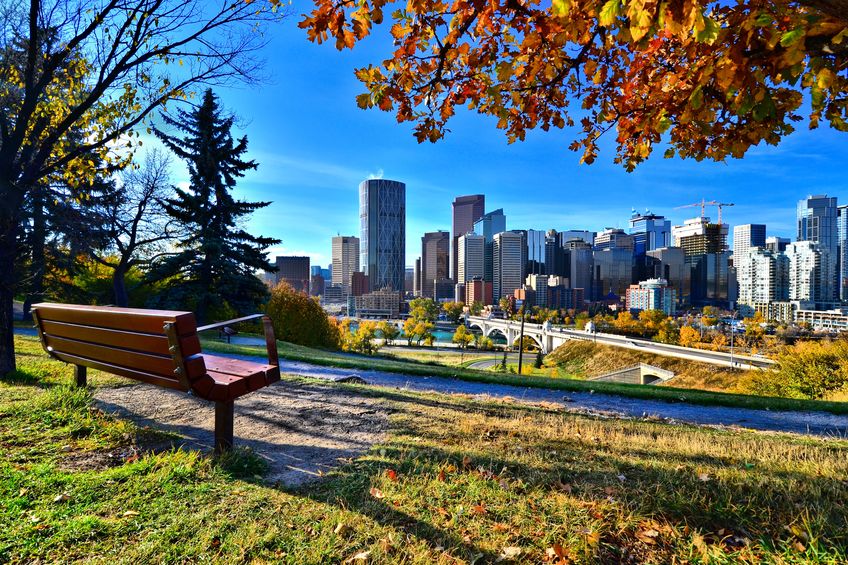 ”Currently – at least in Calgary, and I expect it’s reflected in other parts of the province – there just simply isn’t enough space for people to be much more than, in the peak of winter, inches apart,” said Dr. Richard Musto, a retired public health officer who is volunteering during the pandemic.

Beds, cots and mats are to be spaced two metres apart if there is enough room, says the Alberta government’s guidelines for shelters.

But, acknowledging space limitations, the document says it’s acceptable for people to sleep one-metre apart head-to-foot when there isn’t an outbreak.

Musto said the rules mean staff may have to scramble to move people if cases arise.

”That’s very, very difficult to do and can’t happen instantaneously,” he said.

”Better to anticipate that there’s going to be more outbreaks and make sure we’ve got the spacing for that now.”

Eight COVID-19 cases have been diagnosed at the Calgary Drop-In Centre, one of the largest homeless shelters in North America, as of Wednesday night. Three have recovered, Alberta Health said.

She said it appears the shelter outbreaks originated from outside, such as people sharing cigarettes or drinks during the day.

”If there turns out to be transmission patterns that indicate that one metre of distance between sleeping mats is not sufficient, we will absolutely look at that evidence and adjust guidance if needed,” Hinshaw said.

The Alberta government committed $48 million last month to support shelters and community organizations through winter, but it has not yet detailed how the money is being split or how much shelter space it may free up.

”As we head into the colder months and continue to support those experiencing homelessness, we will work with our community partners to ensure access to supports during the day and night for those who need it most.”

In August, Sawhney said her ministry was working with municipalities to explore potential overflow spaces.

Tim Richter, CEO of the Canadian Alliance to End Homelessness, said the province closed temporary overflow shelters in Edmonton and Calgary convention centres prematurely and plans for the provincial funding should have been firmed up by now.

”Normally, winter emergency response planning takes place in the summer and the plans are in place so that by early October, in case of bad weather, that peak capacity is available.”

Richter said at the beginning of the pandemic, homeless people were relatively protected from COVID-19 because everyone else was holed up inside their homes. Now, with the economy reopened, they’re at greater risk.

”We have to be even more cautious than we were before,” he said.

Iveson said Thursday that the federal government should take the lead on acquiring the properties, since it can manoeuvre quickly. He estimates such a proposal would cost tens of millions for a city the size of Edmonton.

A hotel in Calgary has been converted into an assisted self-isolation site for people to quarantine and receive medical treatment if they have nowhere else to go. Out of 100 rooms, 23 were being used on Wednesday. Last week, numbers spiked to 55.

”The challenge is getting the appropriate staffing and that’s been very difficult,” said Musto.

The assisted isolation site is being run by The Alex Community Health Centre. Joy Bowen-Eyre, CEO of The Alex, said the staffing levels need to be “fluid and flexible” given how demand fluctuates day-to-day.

Bowen-Eyre said she’s been assured an assisted self-isolation space can operate through 2021, but it’s not clear it will stay in its current location.

In addition to ample shelter and isolation space, government should be focused on longer-term housing solutions, Richter said.

”We can take all the emergency measures we want, but the best protection against COVID-19 is a home.”

Vancouver home sales fall in November, but remain higher than a year ago