CALGARY — The Calgary Real Estate Board says March home sales in the city hit a level not seen in a decade as low lending rates and more savings continued to impact the market. 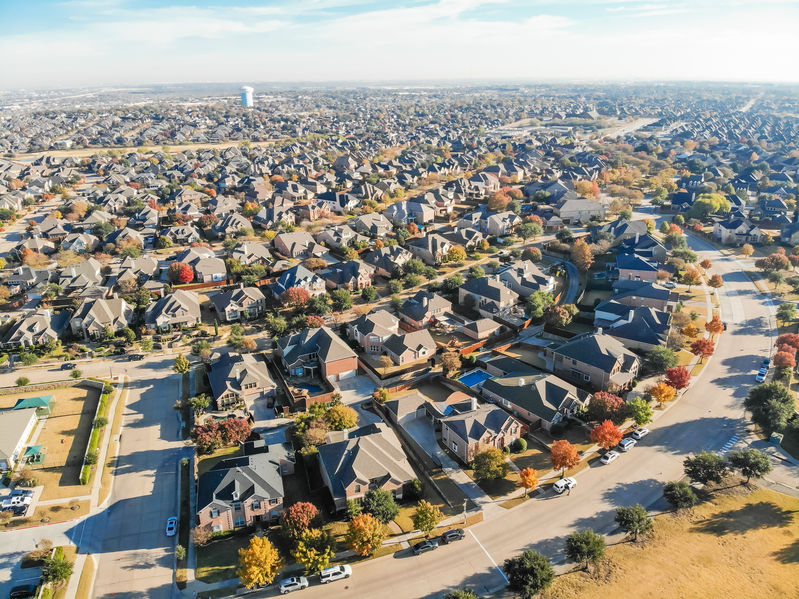 The Alberta organization revealed Thursday that sales for the month amounted to 2,903, a 147 per cent increase from the 1,174 sales last March.

The sharp spike is the highest level of sales the market has seen since 2007, the latest evidence that the COVID-19 pandemic has done little to discourage buyers from wading into the market. 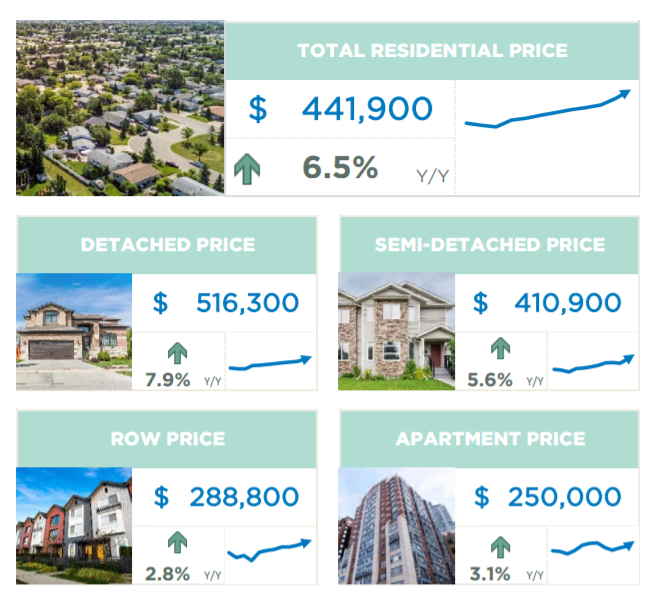 Source: CREB Monthly Statistics Package – March 2021The low volume of homes for sale means those that were on the hunt for homes found few to choose from and faced plenty of competition from other bidders.

CREB said inventory slid to 5,416 properties from 5,863 in the year prior and was the lowest level of the city has seen since March 2014.

New listings for the month across all housing types totalled 4,437, up about 83 per cent from 2,418 last March.

“However, sales have been somewhat restricted by the lack of listings. This month there was a jump in new listings, contributing to the strong monthly sales.”

“Eventually, this will help support more balanced conditions, but it could take time before we see this shift in the market.”

Lurie and CREB previously predicted that home sales, prices and new listings will be on the rise in 2021, but growth will be restricted by the continued impacts of COVID-19 and reduced demand for oil, which negatively affects Calgary’s job market. 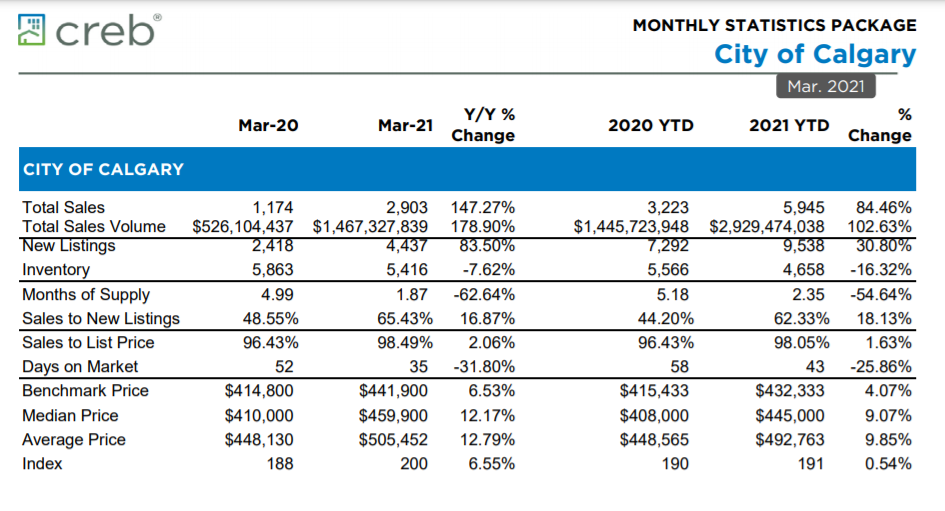 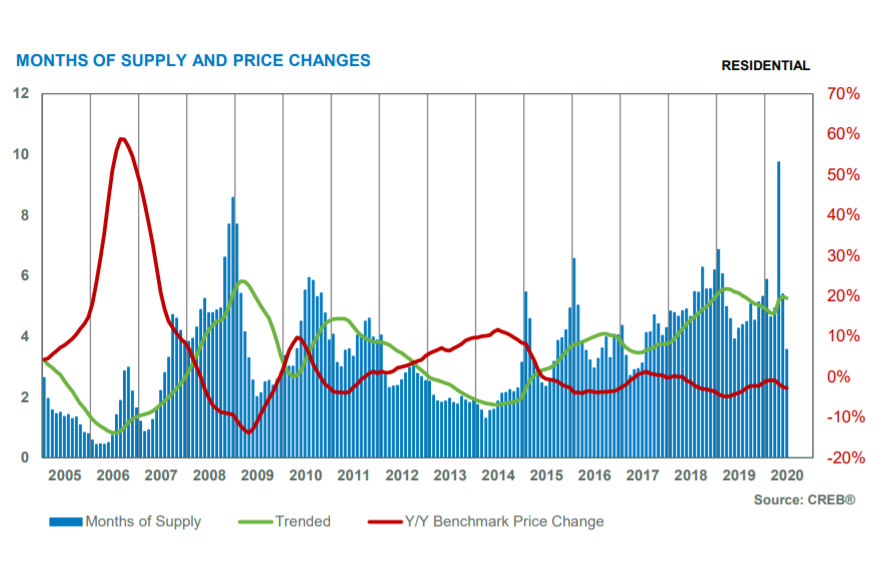 This report by The Canadian Press was first published April 1, 2021.