The Calgary Stampede and development partner, Calgary Municipal Land Corporation (CMLC), have unveiled the design for the expansion of the BMO Convention Centre.

Last year, the Calgary Stampede and CMLC carried out a rigorous competitive process to select the design team now leading this transformation—Stantec, Populous and S2 Architecture. 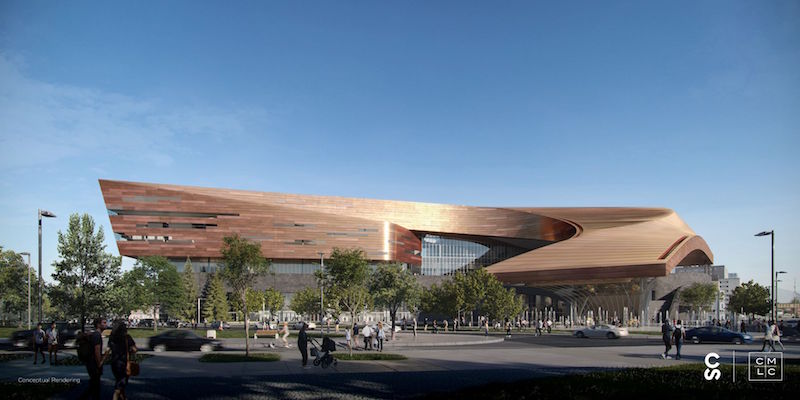 These firms have spent the past 12 months crafting this $500 million development, which will enable Calgary to host major conventions on a global scale.

Dana Peers, President & Chairman of the Calgary Stampede Board, shares his excitement about this milestone project. “Calgary’s citizens are world-renowned for their community spirit and their drive to achieve great things,” says Peers. “When complete in 2024, the expanded BMO Centre will provide Calgary and southern Alberta a significant platform for economic diversification through growth in both the convention and tourism industries.” 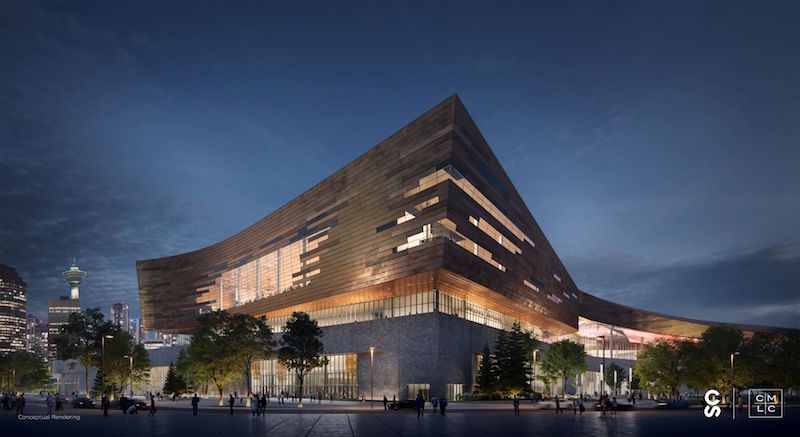 Calgary Stampede CEO, Warren Connell, adds “This project would not be possible without the support of our three orders of government, and we thank them for the opportunity to undertake this important project to support economic diversification and job creation for our region.” The BMO Centre will be the largest conference facility in western Canada (and the country’s second largest after Toronto’s) and will launch Calgary as a bona fide competitor in the international meetings and conventions industry. 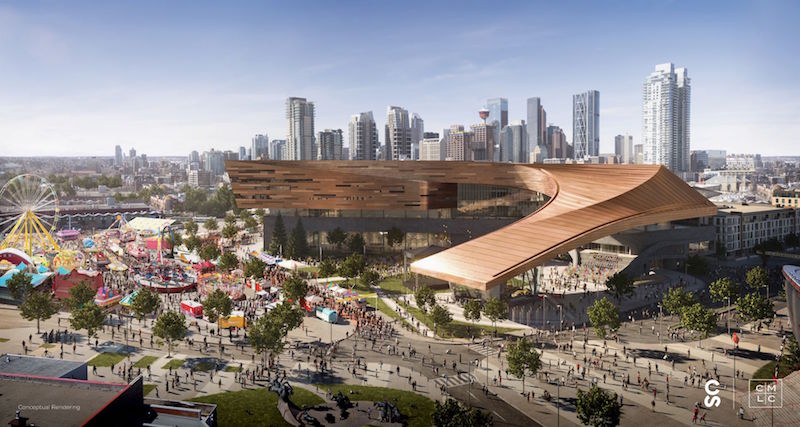 “This project defines an incredibly important phase in realizing the Calgary Stampede’s and CMLC’s long-term vision for east Victoria Park and Stampede Park,” says Kate Thompson, CMLC president and CEO. “An expanded BMO Centre will bring new energy, talent and revenue into our city while adding another world-class attraction to the area.”

The BMO Centre expansion is going to be enormous for Calgary’s tourism industry, and it’s going to create a gathering place for all of us to enjoy.

According to the developers, the Calgary Stampede contributed $700M to Canada’s economy in 2019 with $540M of that staying in Alberta—not including the construction activities associated with the expansion. Post-construction, the Stampede estimates the BMO Centre will add another $223M to Alberta’s economy and support 1,757 full-year jobs – 90 per cent of which will stay in Calgary.

Dana Peers adds, “The innovative design unveiled today—its inspiring architecture and enticing spaces—will draw community members and visitors alike, day after day, year after year.” This state-of-the-art, tier-one facility is designed to meet the needs of the convention and consumer show industries in 2024 and beyond. As an iconic anchor for the Rivers District, it is a catalyst that, in concert with the new Event Centre, will support commercial and residential development in the district and the surrounding communities.

The project is on schedule to meet the projected June 2024 completion date.