This trend measure is a six-month moving average of the monthly seasonally adjusted annual rates (SAAR) of housing starts, according to CMHC. 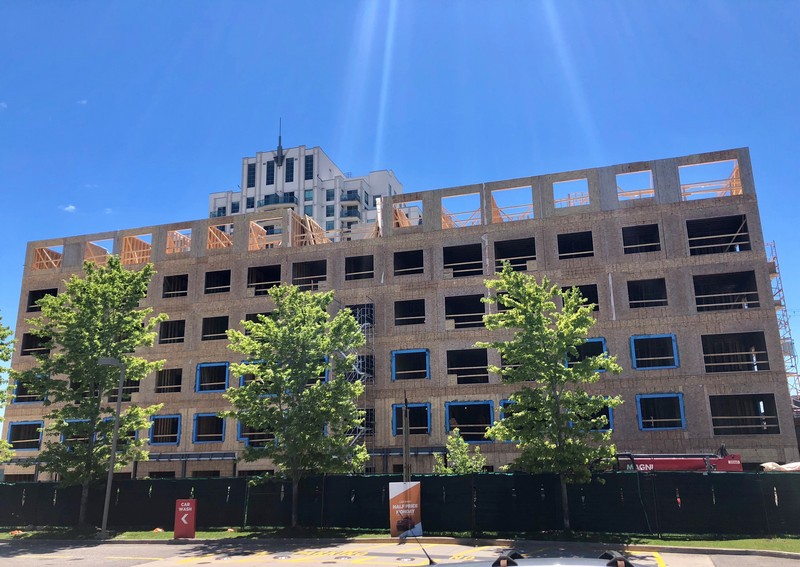 As reported by CMHC, the year-to-date starts increased by approximately 25 per cent, supported by population growth and continuous strengthening of economic fundamentals.

The year-to-date starts saw a decline compared to the same period last year, as builders shift focus from starting new projects to completing existing ones.

Last month saw total starts trending higher in the Lethbridge CMA. The trend increased across all types of housing units in June, and construction activities picked up as the demand for new homes increased.

The trend measure of total housing starts in Saskatoon rose further in June after homebuilders increased the pace of multi-unit construction, according to CMHC. While the trend moved higher, actual starts of all housing types decreased by 16 per cent during the first six months of 2019. CMHC suggests that higher construction costs and weaker new home demand have contributed to builders scaling back production of new housing units so far this year.

“Single-detached, semi-detached and row starts all trended lower in the first half of 2019 compared to the same period in 2018,” said CMHC.

Due to an increase in semi-detached starts, the trend for overall housing starts in the Greater Sudbury CMA moved higher in June. According to CMHC’s report, “Semi-detached units are not readily available in the local resale market and tend to come at a more affordable price point for prospective first-time buyers looking for a new build.”

During the first half of 2019 the actual total starts in Kingston CMA were down 14 per cent from a year earlier. The decline was most pronounced in the multi-unit segment as a result of substantially lower starts of semi-detached and rows. In response to the low vacancy rates over the past ten years, all apartment starts through June 2019 were rental.

The increase in total housing starts in Kitchener-Cambridge-Waterloo came from higher starts of multi-unit homes (semi-detached, rows and apartments), as single-detached starts went in the opposite direction.

Apartment starts continue to influence the market, largely owing to the development occurring around the new light rail transit line.

Residential construction in the Sherbrooke CMA has been strong since the beginning of the year. CMHC states that 984 housing units were started in the area during the first half of 2019—the highest level in over 30 years.

The increase in activity was attributable to the rental-housing segment, as both purpose-built and seniors’ rental housing projects got under way.

From January to June 2019, foundations were laid for nearly 2,600 housing units in the greater Québec city area. This year, activity was supported by the construction of rental housing, which according to CMHC, accounted for about two thirds of the dwellings started.

Total housing starts in Halifax expanded by 45 per cent year-over-year. The apartment segment dominates residential construction as strong population growth and historically low vacancy rates support demand. The number of apartment units that broke ground this month reached the highest peak since 2015, as multi-unit starts year-to-date climbed by 62 per cent.

The standalone monthly SAAR of housing starts for all areas in Canada was 245,657 units in June, up 26 per cent from 196,809 units in May, according to CMHC.

CMHC states that rural starts were estimated at a seasonally adjusted annual rate of 11,419 units.

The Embassy of Canada in China Earns BOMA BEST Silver