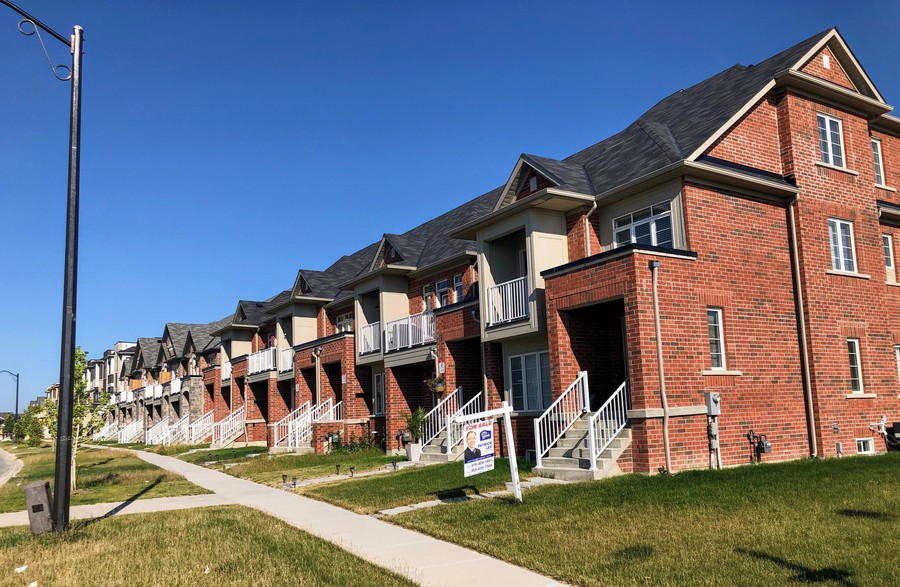 OTTAWA – Canada’s latest reading on inflation came in hotter than expected as the cost of groceries continued to climb at the fastest pace in decades, setting the stage for another sizeable interest rate hike next week.

In its latest consumer price index report, Statistics Canada said the country’s annual inflation rate in September dropped slightly to 6.9 per cent from 7.0 per cent in August.

The federal agency attributed the slower pace of price growth to lower gas prices. Prices at the pump fell by 7.4 per cent in September from August.

In a note, BMO chief economist Douglas Porter said the deceleration in headline inflation was smaller than what was expected.

“Bluntly, inflation did not ease as much as anticipated last month, even as gasoline costs took a big step back,” he said.

Grocery prices rose at the fastest rate since August 1981, with prices up 11.4 per cent compared with a year ago. That’s up from the previous month’s annual rate of 10.8 per cent and the 10th straight month that food prices have outstripped the overall inflation rate.

The federal agency said the rapidly rising grocery prices are due to weather conditions, higher prices for fertilizer and natural gas and the Russian invasion of Ukraine.

Excluding food and energy, prices rose by 5.4 per cent year-over-year, a slight acceleration compared with August.

Wages continue to grow, though at a slower rate than prices, with average wages were up 5.2 per cent in September compared with a year ago.

For homeowners or prospective buyers, higher interest rates are pushing up the cost of mortgage interest, while other costs rise at a slower pace.

With September marking the start of the academic year for many students, Statistics Canada said tuition fees were up 2.3 per cent compared with a year ago.

On a monthly basis, the consumer price index rose by 0.1 per cent.

The Bank of Canada will be monitoring the latest data on CPI ahead of its next interest rate announcement on next Wednesday, paying close attention to its preferred core measures of inflation.

According to Statistics Canada, these measures, which tend to provide less volatile readings, were unchanged from August.

The Bank of Canada is expected to deliver another interest rate increase next Wednesday, with forecasters split between a half and three-quarters of a percentage point hike.

The central bank, which has a mandate to maintain low and stable inflation, has been combating high inflation by raising interest rates.

It has raised its key interest rate five times this year, bringing it from 0.25 to 3.25 per cent.

The interest rate hikes feed into higher borrowing costs for Canadians and businesses, which slow spending in the economy.

The Bank of Canada is aiming to slow spending enough to bring inflation back to its two per cent target, though the full effect of these rate hikes will take time to work its way through the economy.

Still, the effect of higher interest rates is beginning to be felt in the housing market, which has been cooling after home prices reached a peak in February.

BoC’s Macklem says he’s not backing down on rate hikes, even as recession fears grow