The Canadian Civil Liberties Association is threatening litigation related to Sidewalk Labs and Waterfront Toronto’s plans for a high-tech neighbourhood.

In a letter to Prime Minister Justin Trudeau, Ontario Premier Doug Ford and Toronto Mayor John Tory on Tuesday, the civil society dedicated to defending Canadian rights and freedoms said the Quayside project should be “reset” before Waterfront Toronto moves forward with any partner, including Alphabet Inc.-backed Sidewalk Labs. 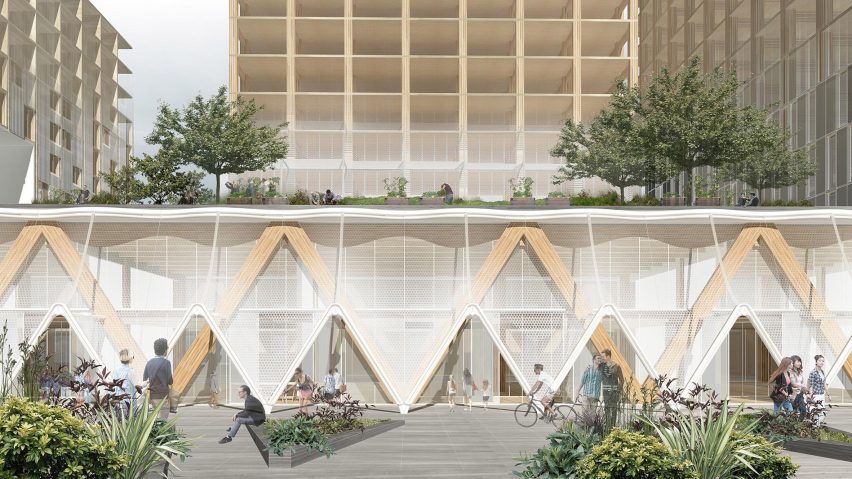 The CCLA argued in the letter that the project poses constitutional problems because it has outsourced the public interest to a private company without democratic or legal authorities and it worries the project has opened the door to a “non-consensual, state-authorized mass capture of Canadians’ personal information.”

“Hit CTRL-ALT-DELETE on Sidewalk Toronto: before bidding and procurement, you must first legislate protections for the people from the risks of surveillance capitalism on our streets,” the letter said.

“The CCLA is contemplating litigation in this matter because your respective governments behave as if unaware that, constitutionally, the emperor has no clothes.”

If the process is not reset through government or by elected assembly, the letter said the association may need to resort to the courts.

It has been marred in controversies over data and privacy concerns due to the vast amounts of information it could collect through phones, sensors and other devices used in the neighbourhood.

In an interview with The Canadian Press, CCLA executive director and general counsel Michael Bryant said his organization has been monitoring the project since its infancy, but decided to take action now because “we feel like the risk is too high and the action is too low amongst the legislators.”

“I doubt that any of the three governments are happy with the way things are going right now and what we are trying to do is say here is a constitutional path,” he said.

“The project was unfolding in a way that was entirely in the hands of the unelected and involving rights that impact all of us.”

The organization has yet to hear from any of the offices the letter was sent to, but will be following up, Bryant said.

Keerthana Rang, a Sidewalk spokeswoman, said in an email to The Canadian Press that her company wants to invite the CCLA to sit down and discuss the project.

“We strongly disagree with the letter’s mischaracterization of the public process established by Waterfront Toronto, a public agency, that involves all three orders of government, as well as our work to build a neighbourhood that will significantly improve the lives of people in Toronto,” she wrote.

“The distortions in the letter and the threat of a lawsuit may make for good headlines but have no basis in fact or law.”

Meanwhile, Waterfront Toronto stressed in a statement that the project has involved external experts, “extensive” consultations with the general public and three levels of government, who will need to approve portions of it.

In emails to The Canadian Press, all three levels of government stressed that Sidewalk’s proposal has yet to be approved and that the project will face plenty of scrutiny from their governments.

The CCLA is not the first to raise issues with the project.

In late February, about 30 concerned citizens, including longtime Quayside critics Bianca Wylie and Saadia Muzaffar, formed an organization called Block Sidewalk, calling for the end of the project.

After it was revealed in February that Sidewalk was hoping to collect a cut of the city’s property taxes and development fees in exchange for funding a light rail transit line, some city councillors also expressed reservations about the project.

An Ontario government source, who spoke on the condition of anonymity, told The Canadian Press the government was unaware Sidewalk Labs had such hopes and said the government “continues to have concerns surrounding both privacy and data that comes with this proposal.”

The source confided that “As it is written, there is no way our government would sign off on that plan,” but said it was likely too soon for the province to begin looking for proposals from others for the coveted waterfront property.

Q2 condo sales down 50 per cent from last year, but prices are up: TRREB