The latest Quarterly Cost Report (QCR) for North America by Rider Levett Bucknall (RLB) provides a statistical view of the state of the construction industry. The report details indicative construction costs for eight building sectors with data current to July 1, 2019 for 14 US and Canadian markets.

“While we expect that construction will face a downturn in the next year, this doesn’t necessarily mean that the construction industry is in trouble; it does mean a slowdown over the next 12 to 18 months, which may seem like a recession after this frenetic pace of the last few years,” said Julian Anderson, FRICS, President of RLB North America.

This rating is still above 50, which is considered the threshold for negative sentiment regarding industry growth, according to RLB. 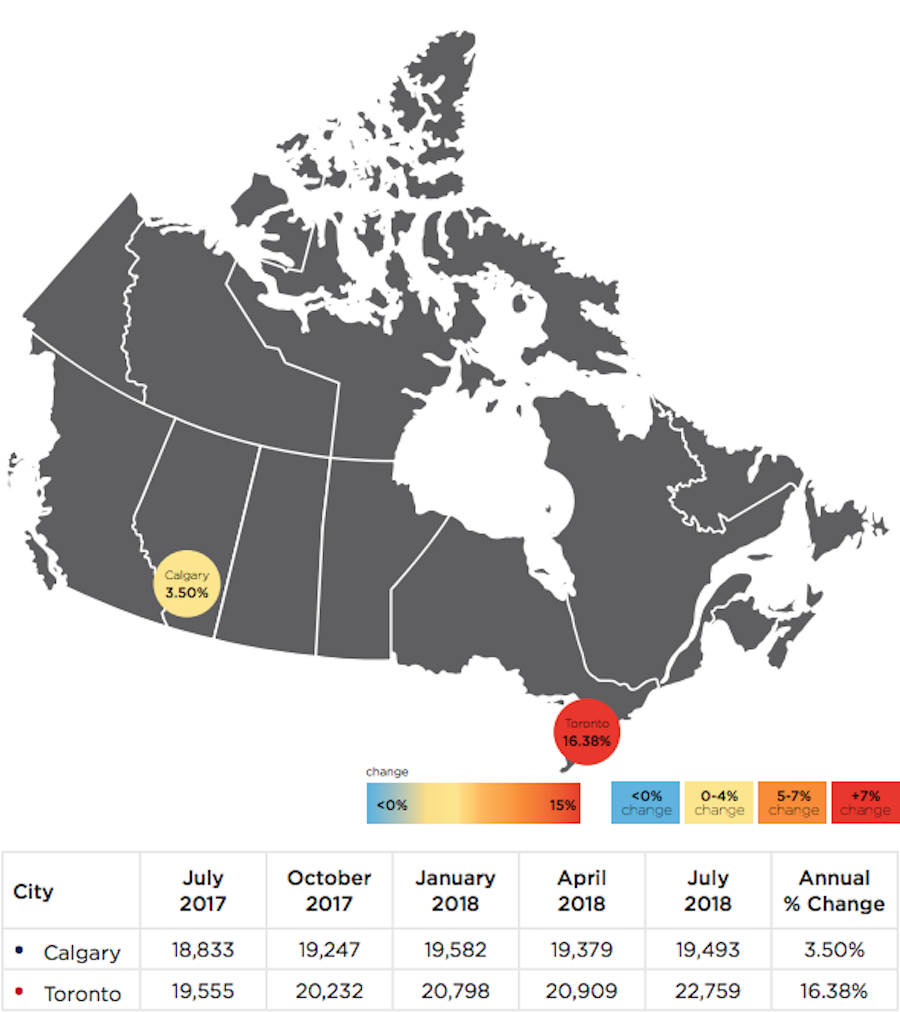 Canada’s economy grew 0.9 per cent in the second quarter and is projected to increase for the balance of 2019. Toronto tallied a construction cost index increase of 8.84 per cent, whereas costs in Calgary grew 0.59 per cent. Q2 2019 is the country’s strongest growth rate since Q2 2017.

The construction market continues to be busy with current work, while some projects have been cancelled due to high pricing, resulting to an alleviation of trades’ availability.

For projects moving forward, the general trend remains, however, of shortages of labor driving trade pricing to its highest-ever levels.

The report reveals that there are a number of large infrastructure projects on the market, with Infrastructure Ontario announcing their biggest ever pipeline for projects valued at $65B, but many smaller public-sector projects are still being postponed, or sent for re-design.