According to the report, the Federal Reserve and the Bank of Canada have “turned dovish” on interest rates, which could possibly induce rate cuts later this year.

Despite soaring stock markets, investors are focusing on defense. CBRE Canada suggests that this news works in favour for bond proxies such as real estate.

“While there was a slight upward movement in cap rates for regional malls, power centres and suburban office assets, the increases were felt primarily within the secondary asset quality tiers within these sectors,” said CBRE Canada. 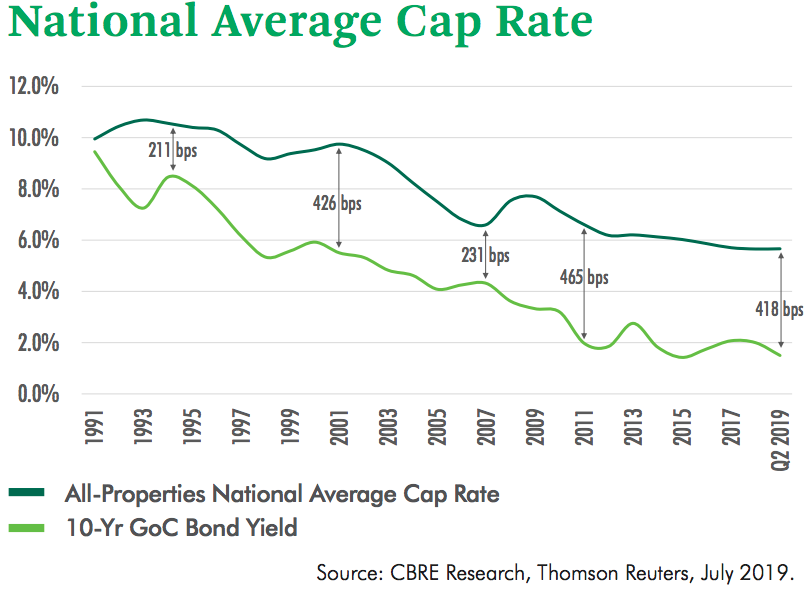 The report also reveals Goldman Sachs year-end forecast revision on 10-year Treasury yields from 2.80 per cent to 1.75 per cent.

“This trend now appears to be spreading to other trade-oriented nations like South Korea, Japan and other supply chain economies,” said CBRE Canada.

With bond yields in such a low realm, lenders have so far also elected to maintain the status quo, according to the report. 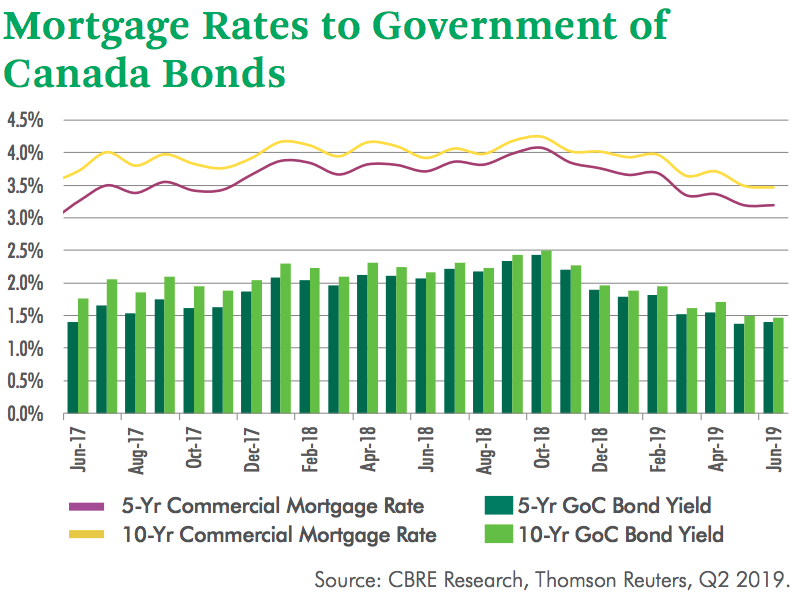